AP had a Bachmann fact-check "quota" 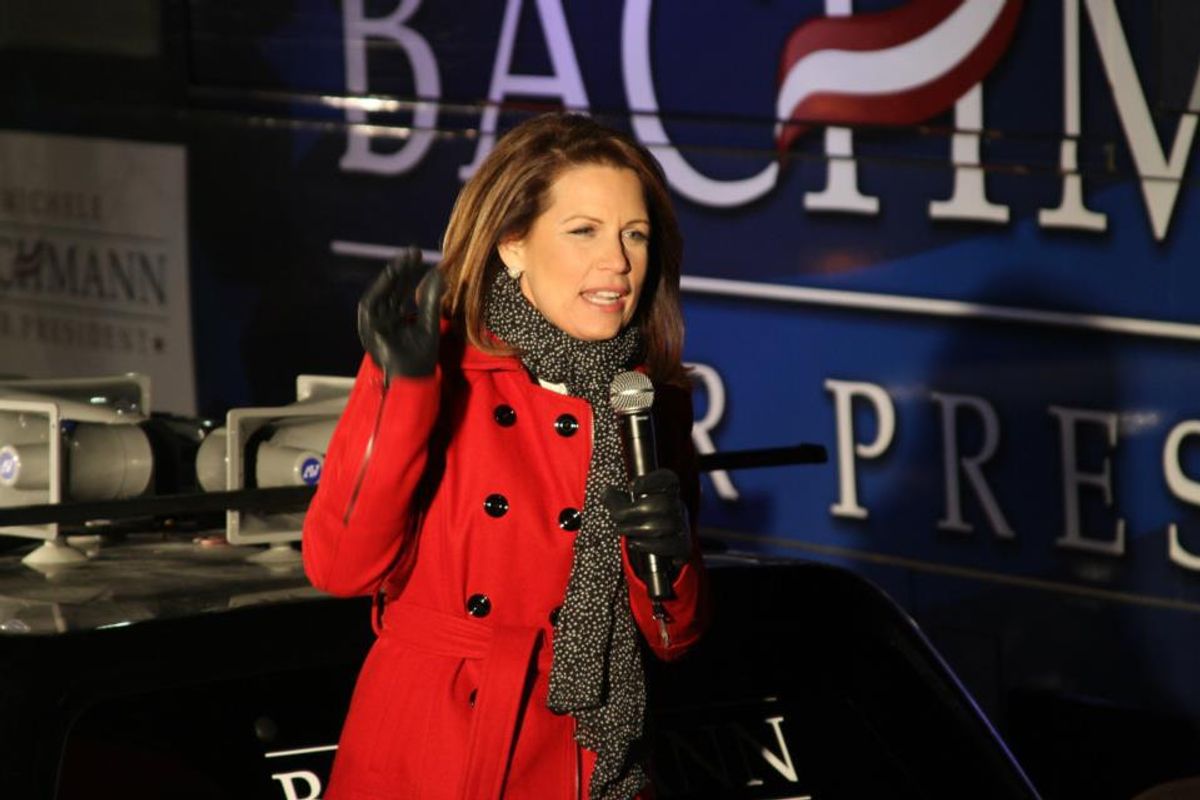 Michele Bachmann's statements during the Republican primary debates were so error-strewn that the Associated Press implemented a "quota" on how many claims they would fact-check.

AP editor Jim Drinkard, who oversees the fact-checking, said in a panel yesterday: “We had to have a self-imposed Michele Bachmann quota in some of those debates.”

"After the session, Drinkard said that there wasn’t an actual numerical quota on Bachmann at the AP. It’s just that if the AP had gone back and vetted all her claims that looked dicey, the result would 'overload' the debate story. 'Often she was just more prone to statements that just didn’t add up,' said Drinkard."

One more infamous instance of those statements was when Bachmann said that the HPV vaccine could have "very dangerous side effects," a claim that was quickly refuted by the American Academy of Pediatrics, the CDC, and basically everyone else.