A new poll shows Arab Americans continue to move away from the Republican Party, even as support for Obama slips 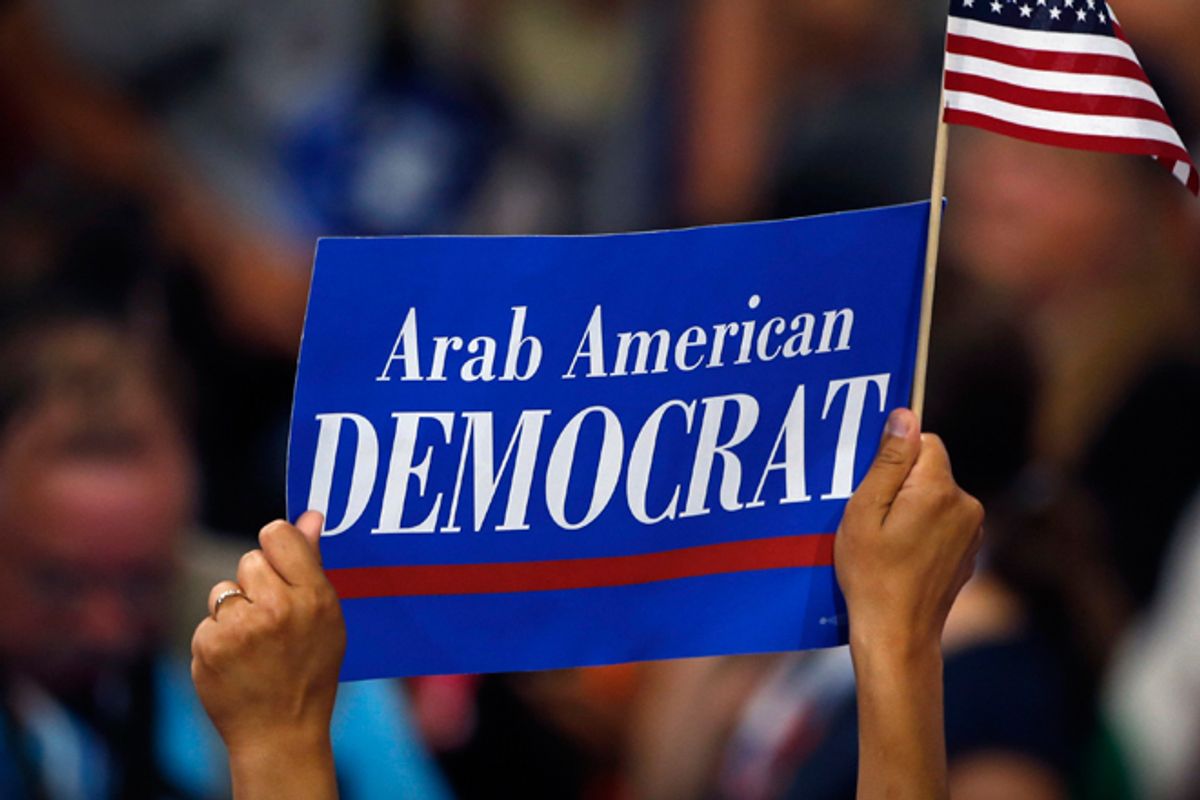 Arab Americans plan to vote for President Obama in November by a 2-to-1 margin, according to a new poll from the Arab American Institute shared with Salon before its release. While Obama's support among Arab Americans has slipped since 2008, there are still twice as many Democrats as Republicans in the community, 46 percent to 22 percent. In the presidential race, 52 percent plan to vote for Obama while 28 percent support Romney. There's been a steady progression away from the GOP in the community since 2002, when 38 percent of Arab Americans called themselves Republicans.

The strength of Obama's Muslim support isn't surprising, given the Islamophobia and xenophobia tolerated by some in the GOP. An August poll from the Arab American Institute, first reported by Salon, showed that Republican voters hold negative views of both Arab and Muslim Americans by nearly 2-to-1 margins. Almost half the Arab American community is concerned about facing discrimination because of their origin, the new poll showed, with almost three-quarters of Arab American Muslims expressing concern. Forty percent said they have personally experienced discrimination, up from 30 percent in the 1990s.

Asked if an ugly public dispute at the Democratic National Convention over the party platform's stance on Jerusalem may have contributed to Obama's slip in support, Jim Zogby, the president of the Arab American Institute, said he's seen some "disappointment" in the Arab American community with Obama. There's been a realization that "this is not going to be a point in time when all the issues of the Middle East get worked out ... The platform continued that disappointment, people were set back," he said. "But I would add that the other side, the Republican side, more than compensates for the disappointment by being a bit scary. They've given Arab Americans very little to work with, in terms of being an alternative."

Overall, Arab Americans' priorities largely reflect those of the U.S. population as a whole, with some greater emphasis on foreign policy in general and the Israeli-Palestinian conflit in particular. By far the most important issue to the group is jobs and the economy, with 82 percent picking it as their top concern, while foreign policy came in a distant second at 27 percent. That was followed by healthcare, the budget, taxes and education. Unlike other demographic groups, however, 57 percent of Arab Americans said the Israeli-Palestinian conflict is “very important” in how they’ll vote for president. Fifty-four percent also listed “U.S. outreach to the Arab and Muslim worlds” as “very important.”

AAI has been conducting similar polls since 1996. JZ Analytics conducted the online survey of 400 U.S. likely voters between  Sept. 8 and 14, based on a confidence interval of 95 percent and a margin of error of +/- 5 percentage points.