Bibi draws his own (actual) red line on Iran

The Israeli P.M. uses visual aids to emphasize his Iran warnings to the U.N. 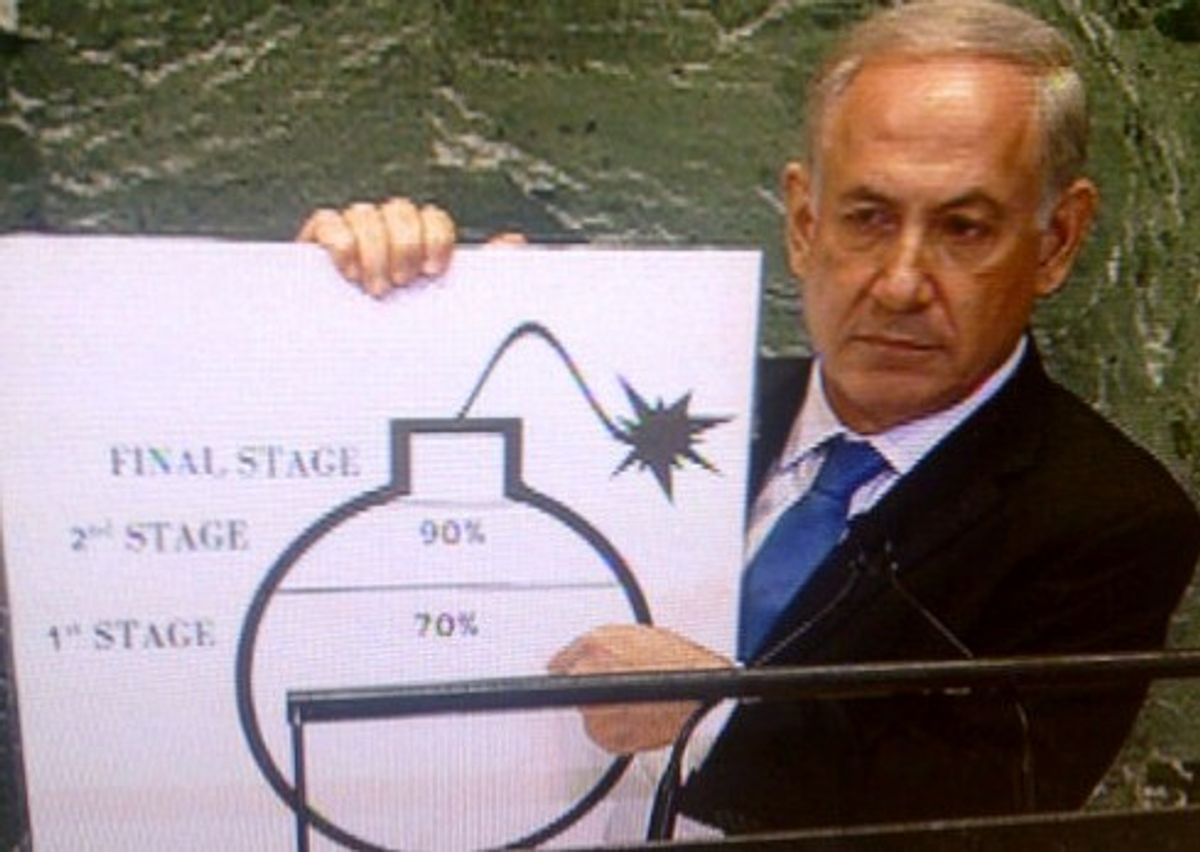 Israeli Prime Minister Benjamin Netanyahu used the less-than-ominous image of a cartoon bomb to push his point about an imminent nuclear Iran during his U.N. address Thursday.

He once again urged the U.S. to draw a "red line" on Iran's nuclear ambitions and drew a red line in marker on the bomb diagram.

Ali Gharib at the Daily Beast points out that Bibi actually drew his red line in the wrong place:

He placed the line just above the section of the chart that denotes 90 percent enriched uranium, otherwise known as "weapons-grade." With the line at the top, that suggests Iran can enrich safely up to the 90 percent level of purity, so long as they don't go over—which they won't ever need to, since 90 percent purity is good enough for a bomb.

The hawkish Prime Minister delievered a similar message on U.S. talk shows last week and, as Salon noted, also threatened that Iran was just months away from a nuclear bomb in 1992.

Netanyahu also used his address to respond to comments made by Palestinian President Mahmoud Abbas in his earlier speech. Abbas accused Israel of "ethnic cleansing" against Palestinians -- a statement Netanyahu described as "libelous."