When white guys get together to heal racial wounds 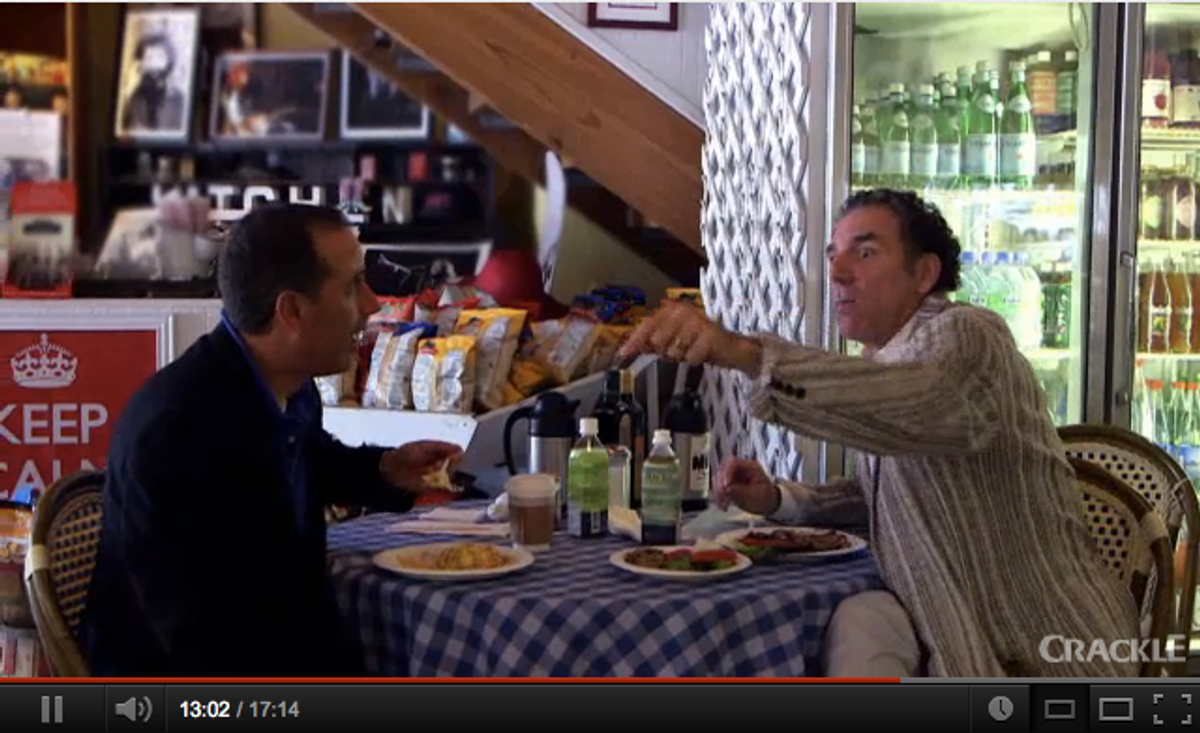 Jerry Seinfeld saved the final spot on his web series, "Comedians In Cars Getting Coffee" for long-beleaguered comedian and close friend Michael Richards. After spending years in post-Seinfeld obscurity, the actor made headlines in 2006 with a racist tirade at a West Hollywood comedy club. In response to an African-American heckler, Richards launched into an obscenity-laced outburst.

Discussing the incident with Seinfeld almost six years later, Richards explains, "I was busted up after that event ... It broke me down. It was a selfish response ... I should have just said, 'Yeah, you're absolutely right. I'm not funny.'"

Richards undermined his apology by sprinkling crude racial stereotypes and a general out-of-touch ickiness throughout the rest of the interview. After marveling at the fact that a homeless person could beat him at chess, the former Cosmo Kramer went on to share an anecdote about a trip to Bali during Seinfeld's heyday. "I go out into the jungle. I am way, deep in the jungle now. I see some naked people, and they point at me and go [makes gibberish noises to imitate Balinese, gesticulates wildly] 'Kramer! Kramer!'"

The interview closes with an atonement of sorts. Despite the uncomfortable undertones of Richards' appearance, his friend and former co-star attempts to resolve him of his guilt, saying, "That's up to you to say, 'You know, I've been carrying this bag enough. I'm gonna put it down." But judging from his latest remarks, the only thing Richards might want to put down is the microphone.