Romney's crack about wishing he was Latino shows how very, very white he is 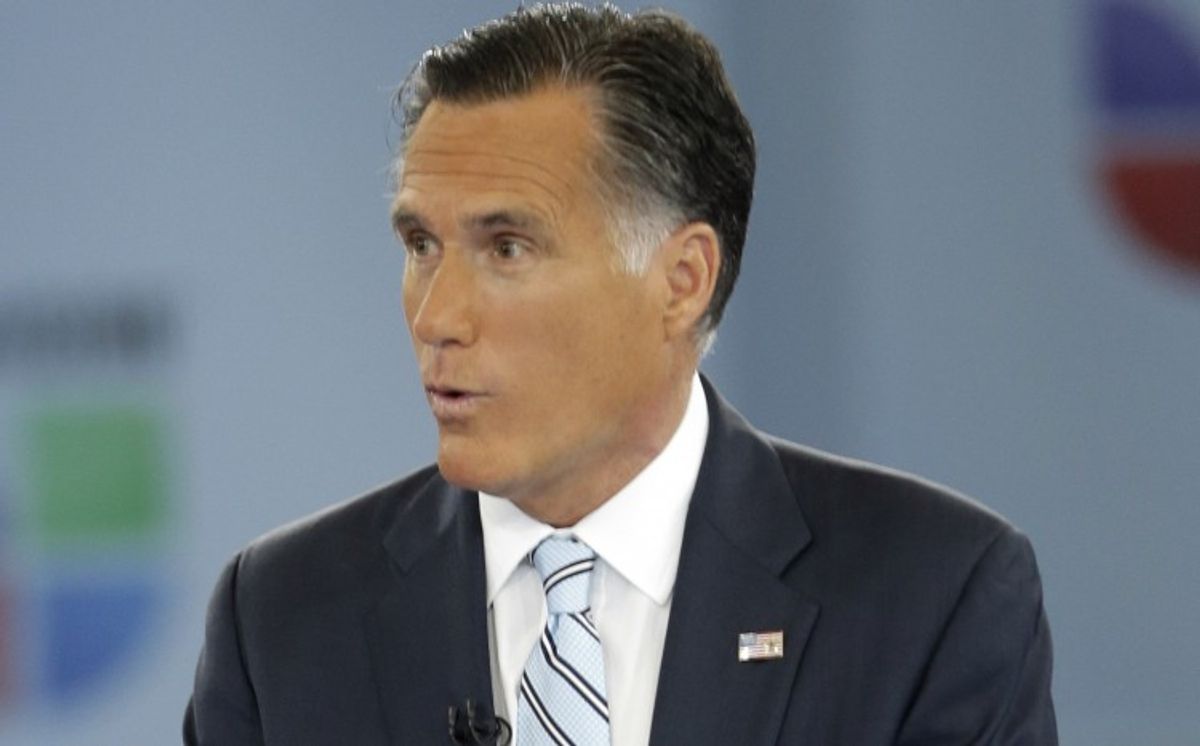 Would a hypothetical Mitt Romero have an easier chance of being elected president than a Mitt Romney? The real Romney seemed to suggest that the answer would be yes.

This claim came to light with the video that parted the curtain on Romney’s speech to high-end donors at a fundraiser in Boca Raton, Fla. While most focused on Romney’s disparaging comments about 47 percent of the country, in another part Romney lamented that he lacks Mexican heritage.

Here’s what he had to say: “About my heritage — my dad, you probably know, was the governor of Michigan and was the head of a car company, but he was born in Mexico. And had he been born of Mexican parents I’d have a better shot at winning this, but he was unfortunately born of Americans living in Mexico. They’d lived there for a number of years, and, uh, I mean I say that jokingly, but it’d be helpful if they’d been Latino.”

To understand the significance of this strange lament — Dad was a governor and head of one of the largest corporations in America, but too bad he wasn’t a Mexican — we should recognize that not one but two wannabe Mexican Mitts recently made the scene.

The other Mexican Mitt showed up recently on an interview on Univision, the giant Spanish-language television broadcaster. As all politicians do, Romney closely tailored his answers to the audience. More strikingly, he also seemed to adjust his visage, applying a dark shade of foundation that gave him a much deeper hue than just the day before. Stephen Colbert cracked that to prepare for his appearance “Romney walked into the spray tan booth and cranked it up to ‘Montalban.’”

Romney’s words and actions, assuming he did strategically go for a deeper glow, suggest a simplistic understanding of Latinos: that we would vote for someone based principally on shared heritage as manifest in parentage or skin color, rather than pay attention to politics and policy commitments. Similar assumptions frequently demean African-American voters, who are often thought to support Barack Obama simply out of racial loyalty.

This sort of assumption is not applied to white voters — or is it? Typically, we picture voters as being swayed by the issues, or at least their emotional response to the candidate, rather than simply voting their identities. This is why the notion that Latinos or blacks vote based on ancestry and facial features is offensive.

Yet recently we have seen “white” appended as a modifier to various groups of voters — the working class, evangelicals. If voters are responding to issues or character, then meaningful social categories — say, the elderly — help us understand voting patterns by identifying likely concerns, for instance, the solvency of Medicare or Social Security. But what work is “white” doing? Is it a meaningful social category that suggests distinctive concerns?

Romney seems to think so, though the distinctive concerns he apparently perceives flatter neither himself nor his intended audience. Herein may lie the real significance of Mitt Romero. It’s highly unlikely that Romney thought that actually being Mexican would help him with the fundraiser crowd — or with a Republican Party that is 87 percent white. Much more likely, he sought to spark racial solidarity by appealing to the sense that whites are an embattled group.

Romney’s remark on his heritage was not spontaneous. Giving a sense of the comment’s importance in his self-narrative, it was one of two aspects of himself he chose to highlight (the other being concern for his grandchildren). Moreover, Romney seemed to read his audience correctly, for a crowd member punctuated his comments with “Pull an Elizabeth Warren!” A Democrat running for the U.S. Senate in Massachusetts, Warren is dogged by allegations that she falsely claimed a Native American identity to help her professional standing. Romney explained the scandal and concluded, “It turns out that at most she’s 1/32 Cherokee, and even that can’t be proven. So, in any event, yeah, I can put down my dad was born in Mexico and leave it at that.”

The exchange captures the core of the complaint. Some whites sense that they are disadvantaged vis-à-vis nonwhites, principally through affirmative action. Woe is us, they seem to say, as they joke bitterly about how much easier their lives would be if only they could fake a nonwhite identity and so reap myriad unearned rewards. Incredible as it may be, Romney apparently sought to build connections between himself and the donors at a $50,000 a person fundraiser by alluding to how good the Mexican Mitts have it. Mitt Romney doesn’t believe Mitt Romero could win the election. But Romney does hope his Mexican doppelganger will help the genuine thing enter the White House.

Ian Haney-López is a law professor and the author of "Dog Whistle Politics: How Fifty Years of Coded Racial Appeals Wrecked the Middle Class." Follow him on Twitter @DogWhistleRace.