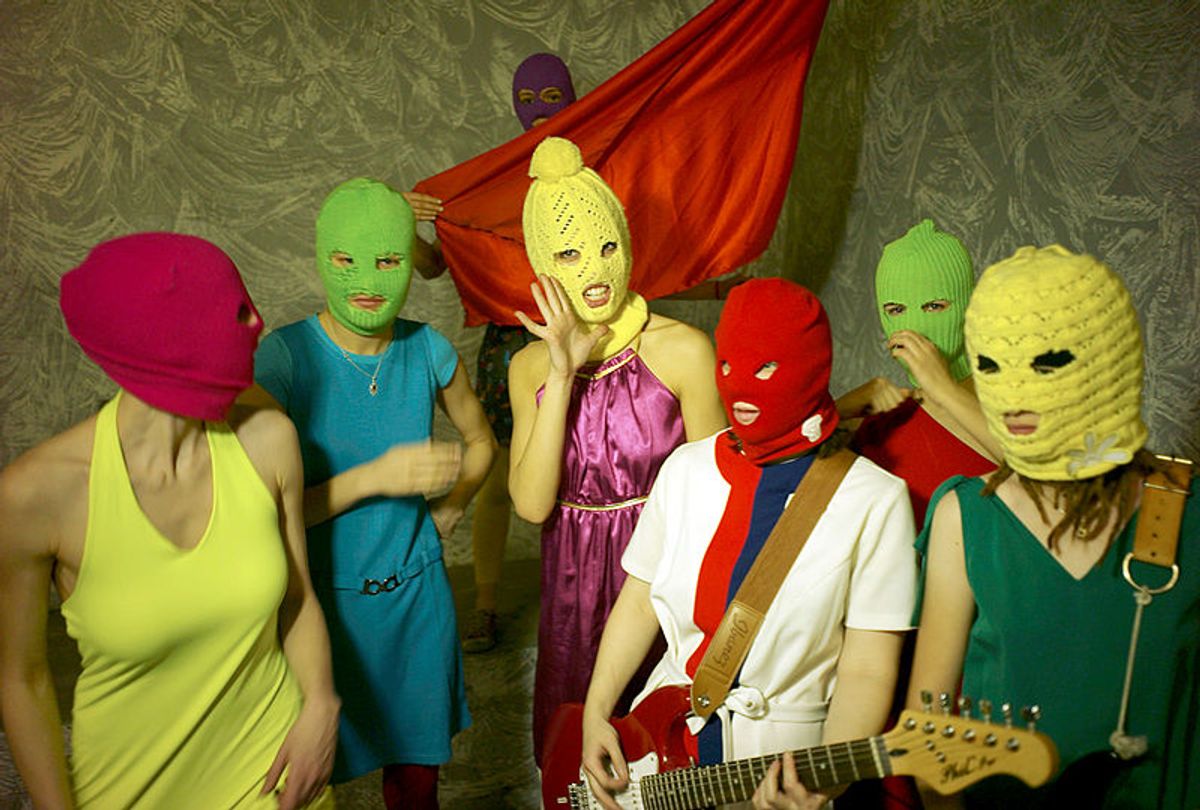 The three jailed members of Russian punk collective, Pussy Riot, will appear in court Monday to appeal their two-year sentence. The women were found guilty of "hooliganism motivated by religious hatred" for a guerrilla performance of their anti-Putin "punk prayer" at the Cathedral of Christ the Savior last February.

Their initial trial and sentencing were viewed worldwide as a symbol of repression and authoritarianism in Putin's Russia. Ahead of Monday's appeal, the Russian Orthodox Church has called on the women to repent, reported Reuters.

"The church sincerely wishes for the repentance of those who desecrated a holy place, certainly it would benefit their souls," said Vladimir Legoida, a senior church spokesman.

The three band members, Maria Alyokhina, 24, Nadezhda Tolokonnikova, 22, and Yekaterina Samutsevich, 30, have apologized for causing any offense but have continued to defend their February protest performance as a political act. Lawyers, supporters and those close to the jailed women are not hopeful about Monday's hearing. "The sentence is predetermined; their repentance will not affect it in any way," Stanislav Samutsevich, father of one of the jailed women, told Reuters.