Ryan: No math for you 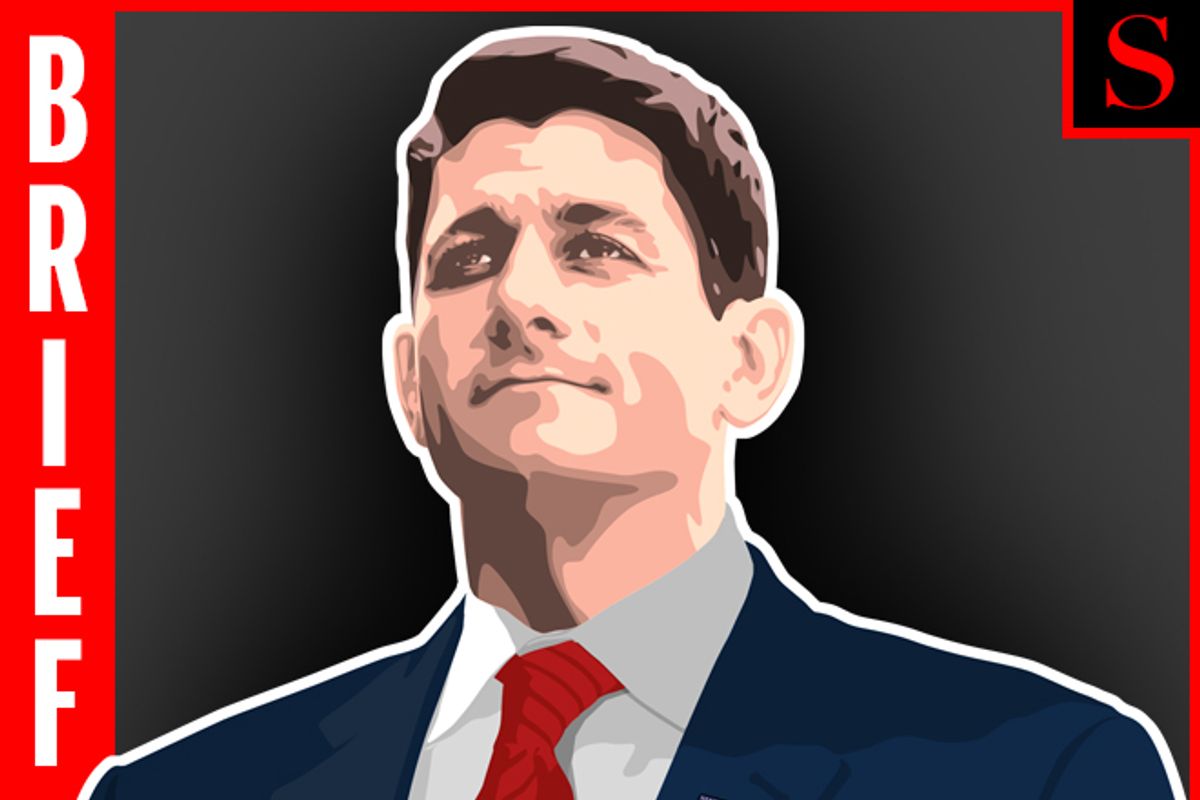 Ryan's non-math: Republican vice-presidential nominee Paul Ryan refused to explain the math behind Mitt Romney’s tax plan yesterday on Fox News Sunday, saying, “It would take me too long to go through all of the math.” Host Chris Wallace pressed numerous times for Ryan to explain how Romney and Ryan would pay for huge tax cuts, but Ryan wouldn’t budge. Nor was Ryan even willing to say how much the tax cuts would cost. The Romney campaign has so far not provided details of how the plan would be paid for.

Allen West losing? Florida Tea Party firebrand Rep. Allen West is losing his reelection fight by a 9-point margin to Democrat Patrick Murphy, according to a poll commissioned for a Democratic super PAC. The survey, taken by the firm Garin-Hart-Yang Research for the House Majority PAC and shared with Politico, found Murphy leading West 52 to 43. But polling has been all over the place in the district.  West released an internal poll last week showing him ahead of Murphy by 9 points, while a different GOP poll found Murphy up by 4.

Warren lead holds: Two new polls show Democrat Elizabeth Warren leading Republican Scott Brown, continuing a narrow lead she’s enjoyed for several weeks. A WBUR poll released overnight shows her up 2 points 46 to 44, though that’s firmly within the margin of error of 4.4 percent. Meanwhile, a Boston Globe poll released Sunday shows her leading by 5 percent, 43 to 38. Huffington Post’s Luke Johnson reports that Warren is increasingly making her message about not just Brown per se, but how Republicans might gain control of the Senate if he wins.

To zing or not to zing?: Mitt Romney has been prepping “zingers” for months and practicing them on his staff, according to the New York Times. But don’t expect any from Obama, the campaign says. "If you're expecting that, that's probably not what he's going to deliver," campaign spokeswoman Jen Psaki told reporters on Air Force One. "He's speaking directly to the American people, and what they want to hear is what his plan is for moving the country forward." Too bad. The first presidential debate from Denver kicks off at 9 p.m. Eastern time on Wednesday.

The justices are back in town: The Supreme Court comes back in session today with a full plate and after a controversial session that ended with the ruling on the Affordable Care Act. The court will likely rule on two key questions relating to marriage equality: DOMA, the federal anti-equality law, and California’s Proposition 8. It will also likely take up a key provision of the Voting Rights Act, along with a few important criminal justice cases.