In most Internet-age households, some poor fool has to be network administrator. A few tips to ease the pain 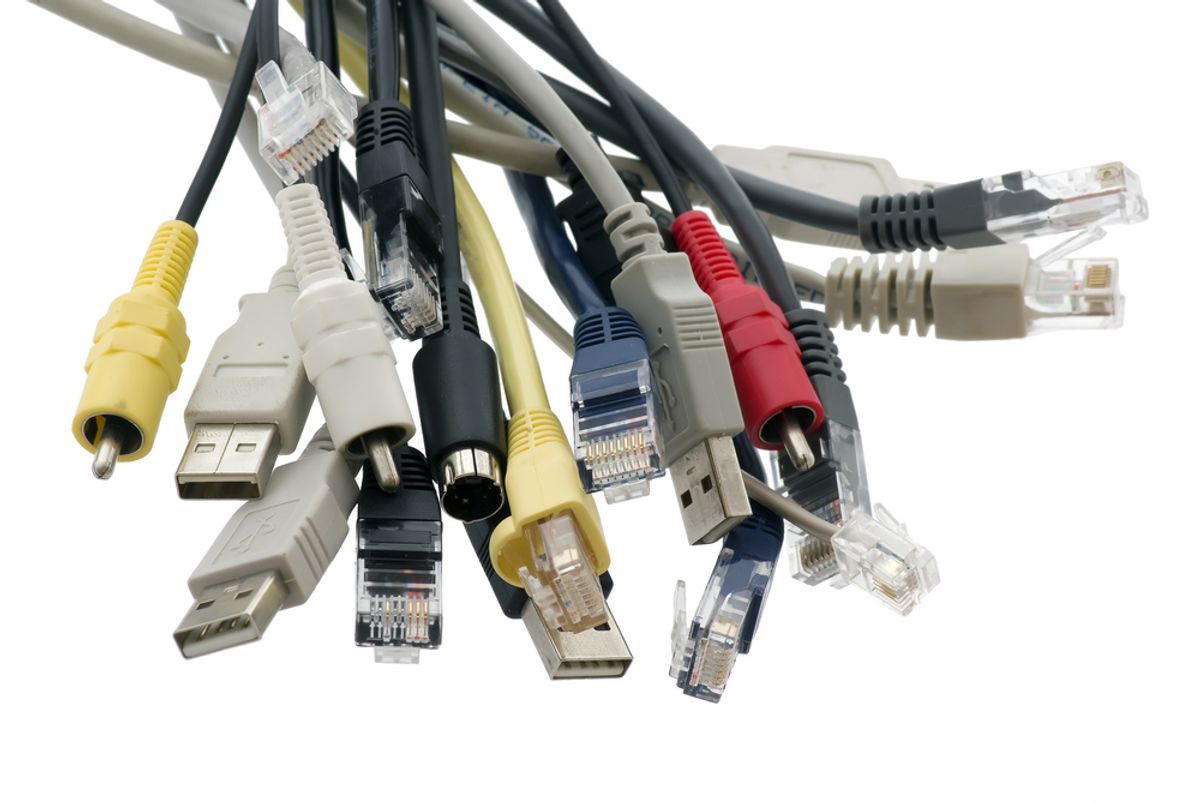 Since reluctantly graduating from childhood into the real world, I'm often reminded of the value of my home economics classes. The skills I developed in ironing, sewing and cooking - albeit, fairly minimal in scope - have come in handy for various chores across the Sirota homestead. However, I've also recognized a gaping hole in my home ec repertoire. Educated in the era before the Internet became a household appliance, I've spent a sizable chunk of adulthood educationally unarmed in the battle to become an adequate home network administrator - or, as we call it, a Dadmin.

As those of us amateur IT experts who have been slogging through crawlspaces and tweaking network preferences well know, this is a dirty, tedious and complex job - but alas, in every Internet-embracing house, someone has to do it. Indeed, if someone doesn't do it, you not only lose out on some of the key benefits of the information age, but your family's increasingly computer-dependent life can quickly become a nightmare of indecipherable error messages and blue screens of death. Even in your home is ensconced in the seemingly safe and simplified Apple bubble, without a network expert, the bubble will inevitably be popped by ever-spinning rainbow pinwheels.

Unfortunately, many - if not most - high school home economics curricula still do not teach home networking. For some, that's not a problem - thanks to the ubiquity of video games, cell phones and computers, many kids learn basic tech skills through osmosis. However, as anyone who has dared venture into a router's control panel can attest, there's a big difference between knowing how to set up an iPhone or an Xbox, and knowing how to rig a whole home for secure trouble-free connectivity.

Hence, without this kind of basic education added to home economics, it's possible the so-called "digital divide" will persist - or even widen - in future years. Just as bad, the stress of trying to self-educate one's way to connectivity will increase - and that stress is real. After all, if and when the household's designated IT expert fails to deliver a frictionless high-speed Internet connection, that person tends to face unrelenting ire and complaints (sidenote: experiencing this pestering firsthand should automatically make one more sympathetic to everyone working in the IT/tech support field!).

Of course, because it involves school board votes, funding and new teacher training, making home networking a universal part of home economics will take a while (if it ever even happens). In the meantime, then, here are four nuggets of knowledge I've stumbled into in my clumsy process of self-education - nuggets that you'd probably discover yourself, but only after hours of wasted time and agita. I have no doubt true IT professionals will pick these suggestions apart as either primitive or imperfect, but my experience is that they both work and keep the gruntwork/stress-to-network-success ratio pretty manageable for us amateur Dadmins, Mom-admins and Kid-admins.

1. Get as much off wifi and onto hardwiring as possible: Wifi is terrific when you are out and about because, typically when you are away from home base, you aren't planning major downloading or uploading. Most often, you save that kind of heavy lifting for projects (photo editing/uploading) or experiences (HD streaming movies) anchored in your Bat Cave. But here's the thing: wifi is inherently way slower and less reliable than an ethernet connection, even if you are wifi-ing into the same source Internet connection. My suggestion: keep wifi available in the house when you can for family members who still want mobile connectivity inside the house, but encourage everyone to do their serious work in a stationary location where they can plug into a hardwired connection. You'll face a lot less family griping about speed, even when everyone is online using the Internet.

2. Meet your new best friend, the powerline adapter: I know what you are thinking - you're thinking sure, a hardline connection for everyone and every stationary device in the house would be great, but that's not physically feasible, unless I either engage in a daunting DIY project (stringing ethernet cable through walls, ceilings and crawlspaces) or shell out some significant moolah for an electrician. Yeah, that's exactly what I thought when my Apple TV was crapping out on our house's wifi signal. But then I discovered a device so simple and mind-bogglingly effective, I've come to see its not merely as a form of technology, but as definitive proof that Gandalfian magic is actually real. This divine talisman is called the powerline adapter. Basically, it converts your home's electrical system into an ethernet connection, without disturbing the system's function as a conduit of electricity. Plug one powerline adapter into a socket near the source of your Internet connection, then plug powerline adapters into sockets where your computers are, and voila - you have high-speed hardline connections without having to add additional wiring.

3. Don't extend - instead, bridge: For various reasons, many structures prevent one wifi signal from reaching the entire home. The oft-used method to address this is the wifi-to-wifi fix - in the Apple world, you get an Airport Express, plug it in at a midpoint between the original wifi signal and the part of the house with the weak signal, and set it to "extended network," thereby having its wifi signal relay its traffic to the original wifi signal. But, then, that compounds the original problem of wifi's relative slowness. Sure, the "extend network" solution does technically work - but trust me, you're going to get complaints about speed. So instead, take one of your new powerline adapters, and plug it ethernet hardwire it into your Airport Express (or other router), set that router to "bridge" mode and then give it the same name and password as your original network. Suddenly, you've extended your network, but with a super-fast connection. Instead of wifi-to-wifi, you're doing wifi-to-hardline - which significantly pumps up the speed.

4. The Three-Backup Rule: As your home's IT director, you will likely be held responsible for lost family members' lost data - or, at absolute minimum, the process of recovering that data will become your job, with all the stress that such a process can involve (think: frantic, hysterical family member begging you to find a report said family member has been working on for a year but somehow deleted). But the operative word is "can," because it doesn't have to be stressful if you take your IT job seriously, and by seriously, I mean honoring the Three Backup Rule. That rule is simple: because hard drives can crap out at any moment, when possible, you want every user to have three copies of all personal files you cannot otherwise replace. The theory is based on the notion that while one hard drive can fail at any moment, and while one particular backup format (Time Machine, etc.) can get corrupted, it's highly unlikely that such mishaps would happen simultaneously in triplicate.

Now sure, three backups may sound like a daunting task, but it's pretty easy to implement. Everyone automatically has one copy of their data on their device's drive, and it's simple enough to install a backup program on each device to run periodically in the background. So that's two down, one to go. The only additional step, then, is a periodic manual backup, and that's easy, too. Hard drive space is pretty cheap now - so buy a massive multi-terabyte hard drive, and every month or every quarter, plug it into your home's computers, and just drag over the respective folders with the users personal files. Then put that hard drive in a safe (preferably fire and flood proof) place.