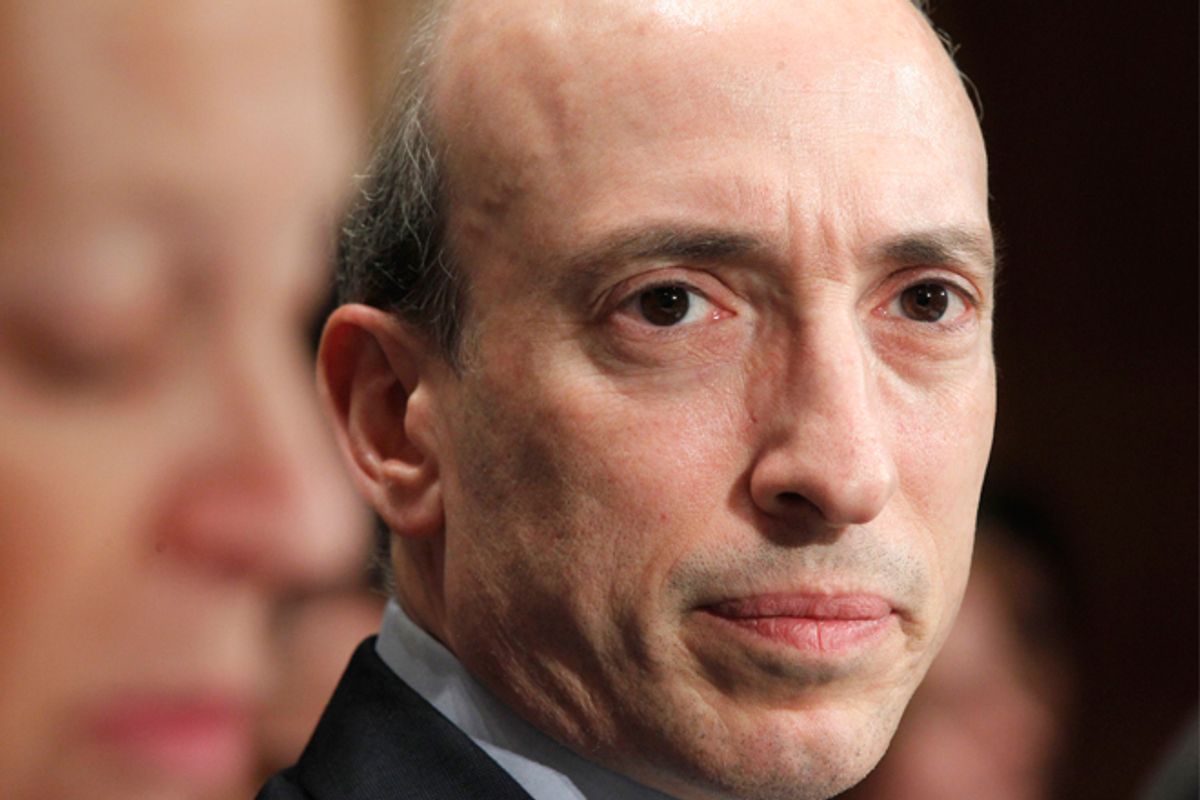 Change is always hard. But when the thing you are trying to change has a pocketbook as deep as the Marianas Trench, change is almost impossible. That's the lesson delivered Friday afternoon by U.S. District Court Judge Robert L. Wilkins, when he rejected a key part of the Dodd-Frank bank reform law.

The regulation in question had to do with limiting the ability of traders to speculate in commodity derivatives. Specifically, the law empowered the Commodities Futures Trading Commission to set "position limits" that would put a cap on the number of bets a trader could place on key commodities like oil, corn, milk and sugar. Critics have long argued that Wall Street speculation in such commodities distorts their pricing, causing considerable hardship to industries and individuals who actually consume the end product, rather than simply bet on price fluctuations. When gas prices spike, so goes the argument, at least part of the reason why is hedge fund speculation. So on one side of this court case, you had entities like Delta Airlines, whose profitability gets hammered when hedge fund bets drive the price of jet fuel futures higher, and on the other you had the usual suspects: JPMorgan, Goldman Sachs and Morgan Stanley.

But stop me if you've heard this theme before: Left-wing critics of Wall Street attacked the position limits set by the CFTC late last year as far too weak, but that didn't prevent Wall Street's biggest lobbying organizations from going to court seeking to get rid of them altogether. The apparently winning argument was that the language of Dodd-Frank was too vague on whether "it was necessary or appropriate" to institute position limits to carry out the intent of the law.

That's nonsense, according to the actual drafters of the law. But the real kicker in this case is that the judge who made the ruling is an Obama appointee with as distinguished a record as one could possibly ask for.

We can't rewrite history, so we'll never know for sure how much of the disaster inflicted on ordinary Americans by the financial crash and Great Recession could have been prevented if Bill Clinton and a Republican Congress hadn't prevented the CFTC from executing strong regulatory oversight over derivatives trading, way back in 1999 and 2000. But what's really amazing is how hard it is to fix our mistakes. Wall Street lobbyists were initially successful in gutting Dodd-Frank before it ever got out of Congress, and now they regularly win skirmishes that eviscerate it even further, with the help of judges hand-picked by the Obama administration. And should the chosen presidential candidate backed by Wall Street win in November, they'll just get rid of the entire law, once and for all.