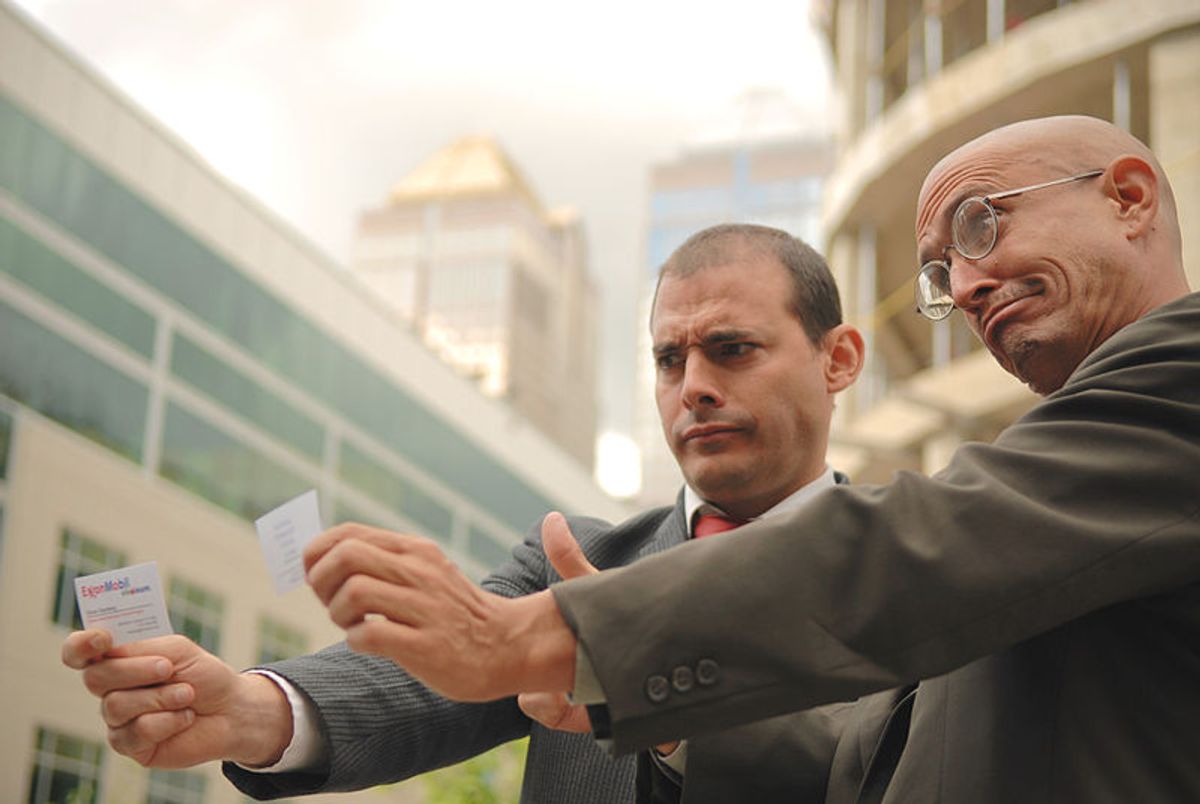 In a Yes Men-aided stunt, activist group People Against Legalizing Murder (PALM), posing as an internal Shell division, emailed 71,010 shell employees directing them to a site with information about a human rights case -- Kiobel v. Royal Dutch Petroleum -- being argued by the U.S. Supreme Court. The email encouraged recipients to spread the word and even tweet their feelings on the case to Oprah.

The website, which highlighted Shell's presence in Nigeria, was blocked to Shell employees within minutes. The activist group, which allegedly received employee emails from a Shell insider, was swift to change the site's URL and re-email the oil company employees.

"Surely most Shell employees, like most people, don't want multinationals to get away with murder just because murder's convenient," said Andy Bichlbaum of the Yes Lab, which provided technical assistance for the action.

A release from PALM and the Yes Lab elaborates on the reason for the stunt:

PALM intended the action to help shine a spotlight on the case, brought by the widow of Dr. Barinem Kiobel, who was hanged along with novelist Ken Saro-Wiwa for opposition to Shell's drilling plans in West Africa. Shell is alleged to have aided paramilitary forces that raided more than 60 villages, killed over 800 people, and displaced 30,000 more.

To prevail, Shell lawyers must overturn a 200-year-old law, the Alien Tort Statute (ATS), that compensates victims of international crimes. (The law has been used to compensate Holocaust survivors who sued for restitution from corporations that profited from slavery and forced labor during World War II.) Shell's lawyers are arguing that their corporation is not subject to the ATS because it is not a person.

"When it comes to things like election spending, Shell and other corporations want to have all the rights of people," said Sean Dagohoy from PALM. "But when accused of murder, Shell conveniently argues that they aren't a person.

In arguing Kiobel v. Royal Dutch Petroleum, the Supreme Court justices will also be determining whether U.S. courts can hear suits brought by foreigners about events outside the U.S.. As the Christian Science Monitor noted on Monday, should the justices rule against such hearings, "an important avenue for redress will be closed to foreign victims of human-rights abuses."