Sealy was America's No. 1 mattress brand -- until Bain Capital got its hands on it 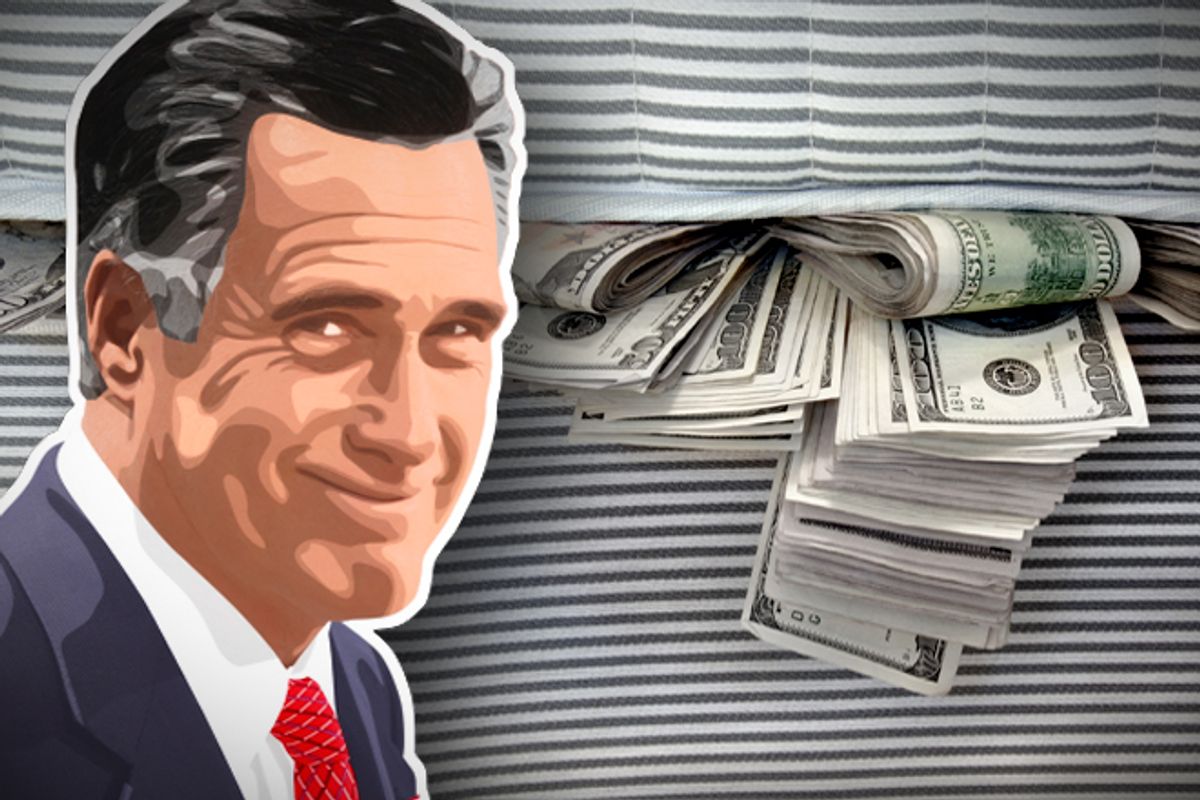 At Wednesday night's presidential debate Mitt Romney will no doubt brag about how, as head of Bain Capital, he built businesses.

On his website, Romney says, “In addition to Staples, Bain Capital went on to help launch or acquire Domino's Pizza, Sealy, Brookstone, and The Sports Authority.”

However, as of last week he'd be unwise to cite Sealy, once America’s biggest mattress brand.

Relative upstart Tempur-Pedic agreed to buy Sealy this week for $2.20 a share, paying less than $250 million for its stock and assuming its $750 million debt.

Sealy executives told me this week that Tempur-Pedic, with its "memory foam" beds, is like the Starbucks of the bedding industry, and there was no stopping its rise. But that's not the full story.

Mitt Romney’s Bain led a $791 million buyout of Sealy in 1997, putting $140 million down and, in typical private-equity fashion, having Sealy borrow the remaining $651 million to finance the deal and assume responsibility for paying it back.

Companies like Bain Capital call themselves private equity firms, but as I explained in my book "The Buyout of America" they really provide no equity. They make money by putting businesses at risk. They say they turn struggling businesses around. But Sealy was not a turnaround -- it was the market leader in its sector.

Romney first tried to boost Sealy’s profits, so it could pay its debt, by acquiring one of Sealy’s biggest retail customers, Mattress Discounters. But MD expanded too quickly and went bankrupt.

Bain then pushed Sealy to design the no-flip, or one-sided, bed. To cut costs they eliminated the bottom cover, making the bottom simply a foundation. With two-sided beds, consumers can flip their mattress, like they rotate a tire, for longer wear, so getting rid of the bottom would shorten the life of the mattress.

But Bain was more interested in cutting costs and boost short-term profits than in providing value to consumers. For a while, it didn't seem to matter. Bain and co-investors sold -- "harvested," if you like -- Sealy in 2004 to fellow private equity firm KKR for $1.5 billion, pocketing $741 million for its $140 million investment.

KKR then took Sealy public in 2006 at $16 a share. Like Bain, the new owners spent little on Sealy national advertising, likely figuring it was better to lock in a decent return. Tempur-Pedic, meanwhile, was spending big on ads, outflanking Sealy, which missed the chance to make good competing foam beds.

Now, Tempur-Pedic is the leader for beds selling for more than $2,000, and consumers trust it as the standard for foam mattresses.

A longtime Sealy executive told me he was very sad about last week's sale. “I don’t like being acquired by an upstart like Tempur. We should have figured out how to handle them in the marketplace.” Now, some of Sealy’s 4,500 workers will likely lose their jobs in the merger.

Thus Sealy joins Burger King and others on the list of Bain-acquired companies that collapsed soon after Bain cashed out -- hardly surprising, since private equity is mostly about squeezing businesses as hard as possible, not creating long-term value.

That's a big problem, because private equity firms own companies employing one of every 10 Americans in the private sector -- 10 million people.

I hope one of the debate moderators asks Romney how Bain helped Sealy.