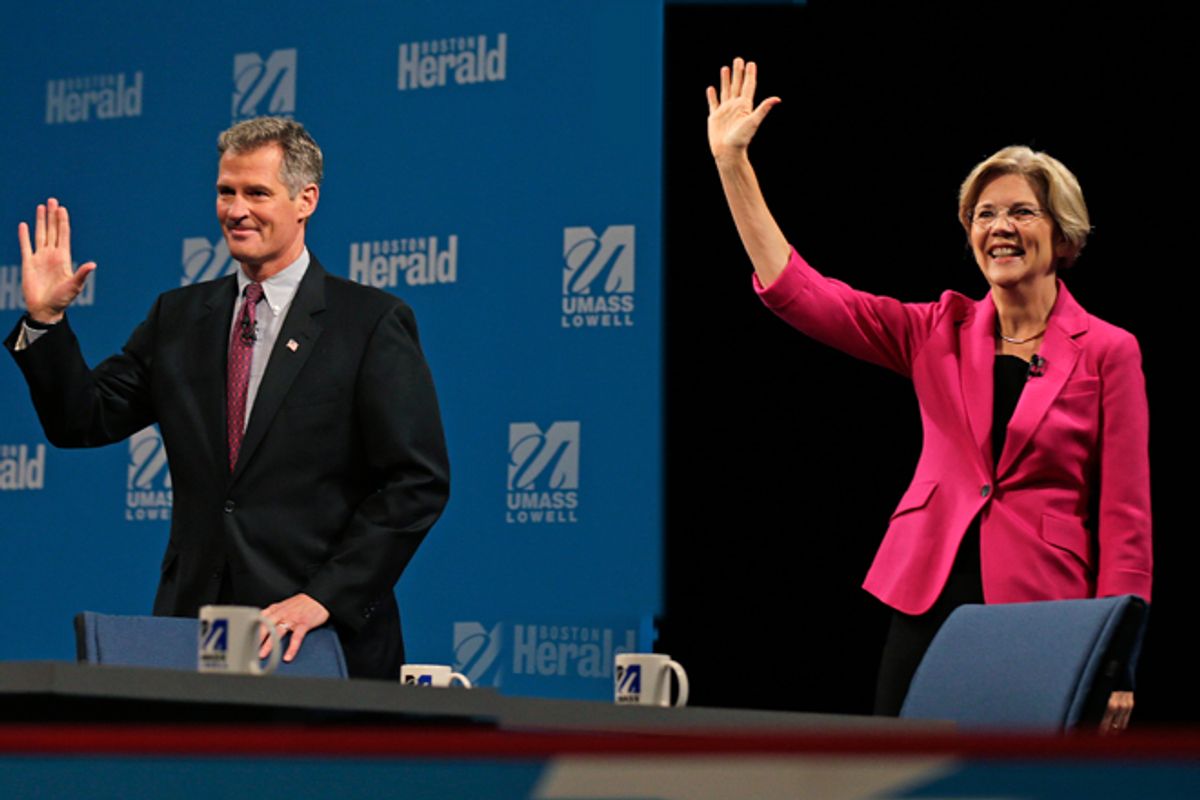 If you listen to the way Sen. Scott Brown tells it, he wasn’t given a fair shot in last night’s debate against Democratic challenger Elizabeth Warren. His most memorable line came toward the end when he said to the Harvard Law professor,"Excuse me, I'm not a student in your classroom, let me respond." And after the debate, he suggested to NECN that Warren got more time to speak: “She went on for like five minutes and I wanted to at least be able to go point-for-point.”

But actually it was Warren who had significantly less time than Brown to make her case last night, as moderator David Gregory, of NBC’s "Meet the Press" often let Brown speak at length and occasionally cut Warren off. Salon’s tally of the debate found that Warren spoke for about 18 minutes and 15 seconds, while Brown had about 23 minutes and 40 seconds. We didn’t count time taken up by Gregory’s questions, unless they were part of a rapid-fire back and forth with a candidate. Gregory said at the beginning of the debate that there would be no time limits, but the extra five-plus minutes Brown was allowed to speak are significant, representing a little more than 10 percent of the total 42 minutes combined that the candidates had to speak.

Certainly, the extra time was not always a boon for Brown, such as when Gregory repeatedly pressed the senator on whether he believed lawyers can represent clients they disagree with (Brown has accused Warren of representing unsavory clients). He was also pressed on his choice of Antonin Scalia as a model Supreme Court justice, which, as Joan Walsh writes today, may prove to be a costly mistake. But at other times, Brown was given more time to explain his position or respond to Warren, such as just before the final commercial break when Warren wanted to respond but was prevented from doing so.

Progressives also griped about Gregory kicking the debate off with a question about Warren’s Native American ancestry, a months-old issue that has been Brown’s go-to cudgel against Warren. The Republican's campaign has already run two ads attacking Warren for supposedly enjoying preferential treatment by telling employers that she is of Native American descent. So it's silly for Brown to claim that Warren was given preferential treatment.