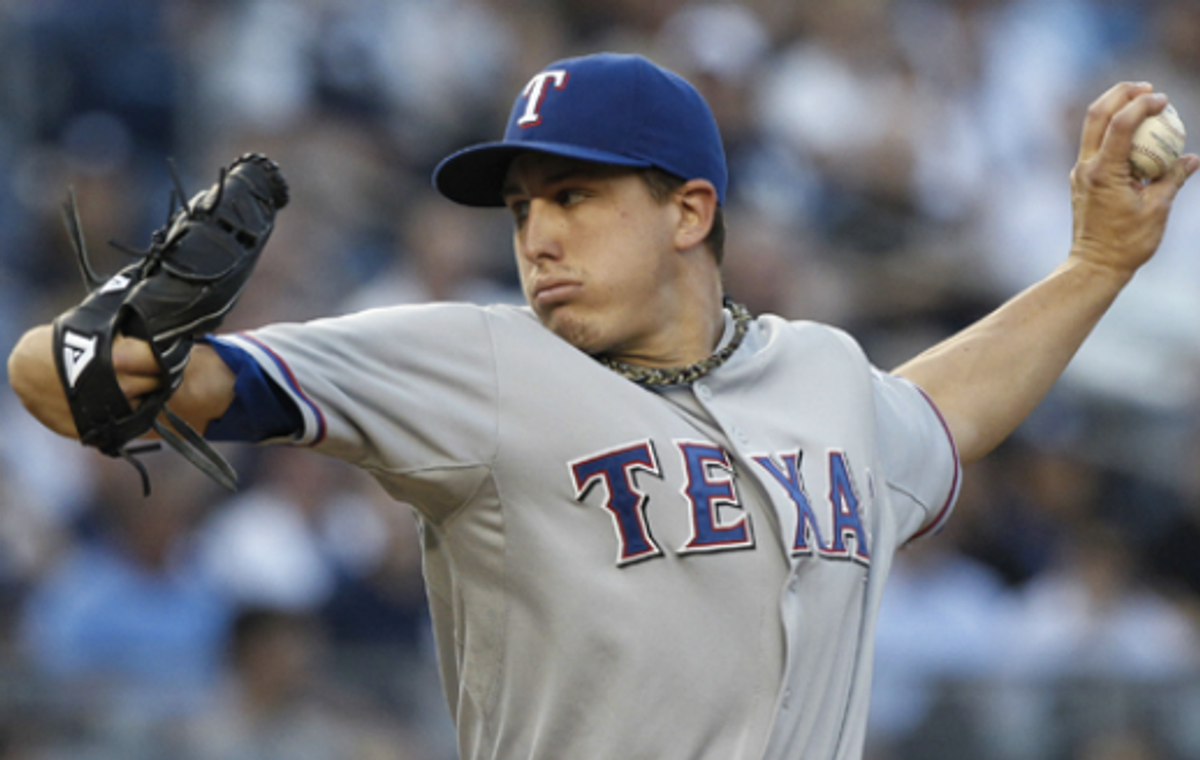 Major League Baseball is investigating the origin of a homophobic slur tweeted from Texas Rangers starting pitcher Derek Holland's Twitter account on Sunday night. Holland was playing against the Los Angeles Angels at the time, and insists that his account was hacked. "It's obvious it was not me," Holland said. "It was during the game, for one. And for two, I'm in the dugout cheering my teammates on. Why would I say that anyway to begin with?"

The message from his account (@Dutch_Oven45) read "ur a [homophobic slur]" and was directed at a user (@scubasteveo28) who had called Holland "a waste of space" after giving up seven earned runs to the Angels in what ended up being an 8-7 Rangers win. Holland said the retort was the work of a hacker, but he also admitted that his fiancée has access to his Twitter account.

Holland maintains that his fiancée is innocent, too. "It's definitely a hacker," Holland said. "Obviously my fiancée can get into it, but trust me, she's not like that. She's one of the nicest people in the world."

MLB is looking into the mysterious tweet, which comes only weeks after player Yunel Escobar's suspension for having a similar slur painted on his face during a baseball game. "We take something like that very seriously. It's not a term or sentiment we endorse in any way," general manager Jon Daniels said. "We asked Derek about it. He was not aware of it happening. We alerted MLB about it so that while we do our own investigation, they can do one as well."