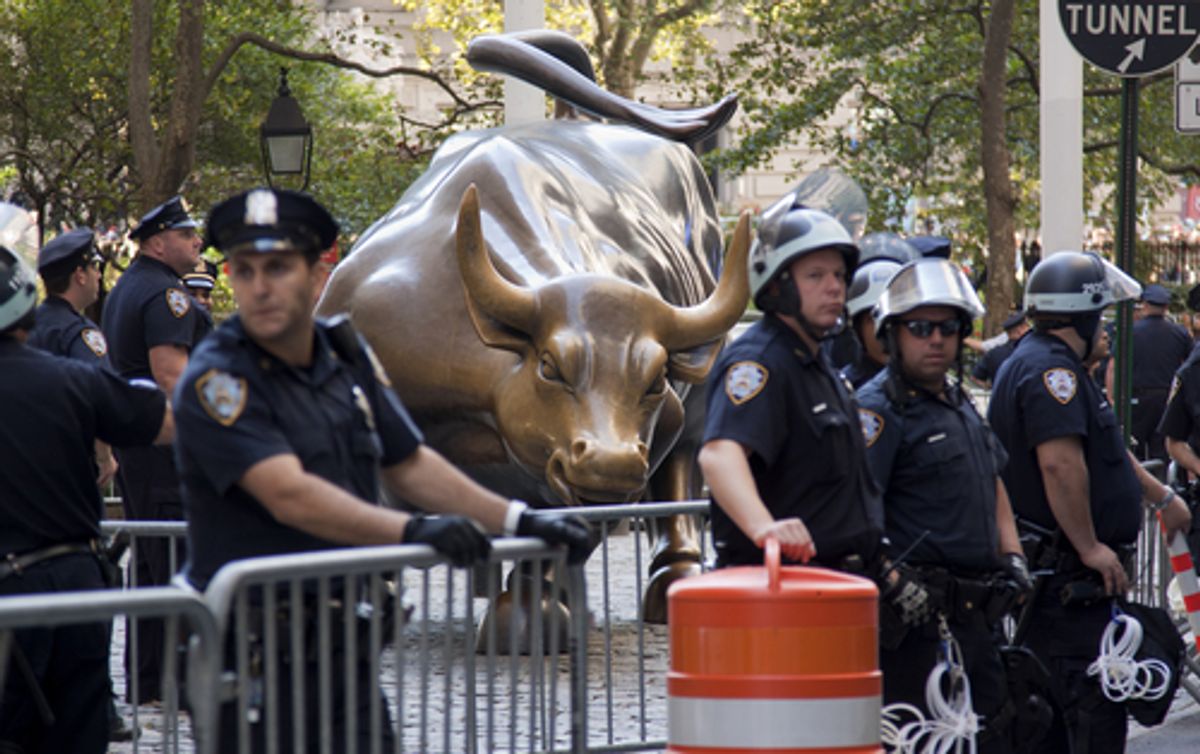 A federal judge ruled Monday that the arrest of hundreds of protesters at the 2004 Republican National Convention in New York were improper and unconstitutional. NYPD crowd control tactics were also ruled illegal.

In one incident ruled improper, over 200 antiwar and anti-capitalist demonstrators were kettled by police in lower Manhattan and mass arrested. The Wall Street Journal reported on Monday's ruling relating to the police response:

City attorneys argued that officers had "group probable cause" to make the arrests, meaning the crowd was acting as one. On Monday, U.S. District Court Judge Richard Sullivan in Manhattan rejected the city's theory and ruled the arrests on Fulton Street illegal.

"Based on the undisputed facts, and particularly the video of the Fulton Street march and arrests, the court finds that there was not even arguable probable cause to make those arrests," the judge ruled.

The New York Civil Liberties Union (which first brought the suit) celebrated the judge's decision. In a statement, executive director Donna Lieberman commented, "This ruling is a victory for the right to protest—a core democratic principle. It places an important check on the abusive policing tactics used to suppress protests during the 2004 RNC."

The Wall Street Journal noted that the ruling now exposes the city to expensive lawsuits from RNC arrestees. In light of mass arrests and aggressive police tactics in handling Occupy mobilizations, the ruling also sets a precedent for challenging NYPD treatment of protesters.