Olivia Newton-John and John Travolta are releasing a Christmas album

Still going together this holiday season 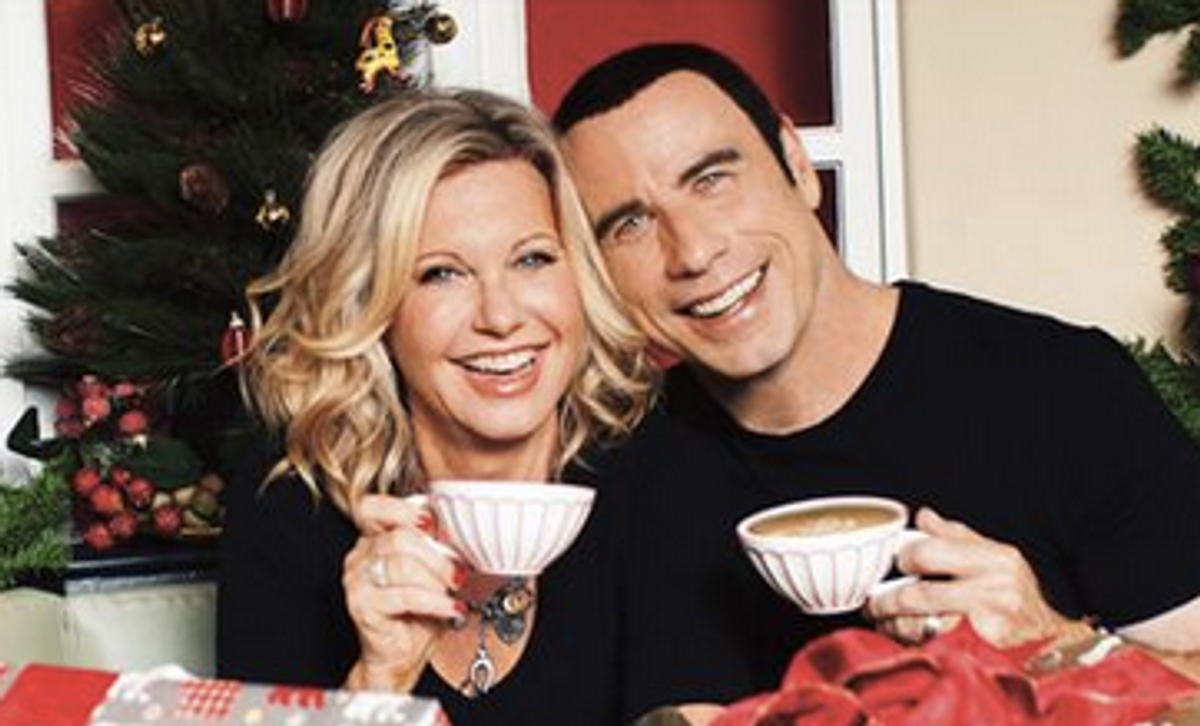 This Christmas, "Grease" stars Olivia Newton-John and John Travolta are giving you the gift of the 1970s, whether you want the decade back or not. After nearly 35 years, the pair has reunited to record a Christmas album with guests Kenny G (yes) and Barbra Streisand ("Yentl"?), among others.  All proceeds from "This Christmas" (not to be mistaken for the 98 degrees album) will go to charities selected by Travolta and Newton-John. "We want to make a lot of people smile and happy. It's a project that we're hoping turns into a perennial, one that can continue to raise money for these causes year after year, a gift that keeps on giving," said Newton-John in a statement.

You know what else is the gift that keeps on giving? Olivia Newton-John and John Travolta, whom I'll now dub "Olivolta." The album will be released Nov. 13.