Activists go where US drones strike 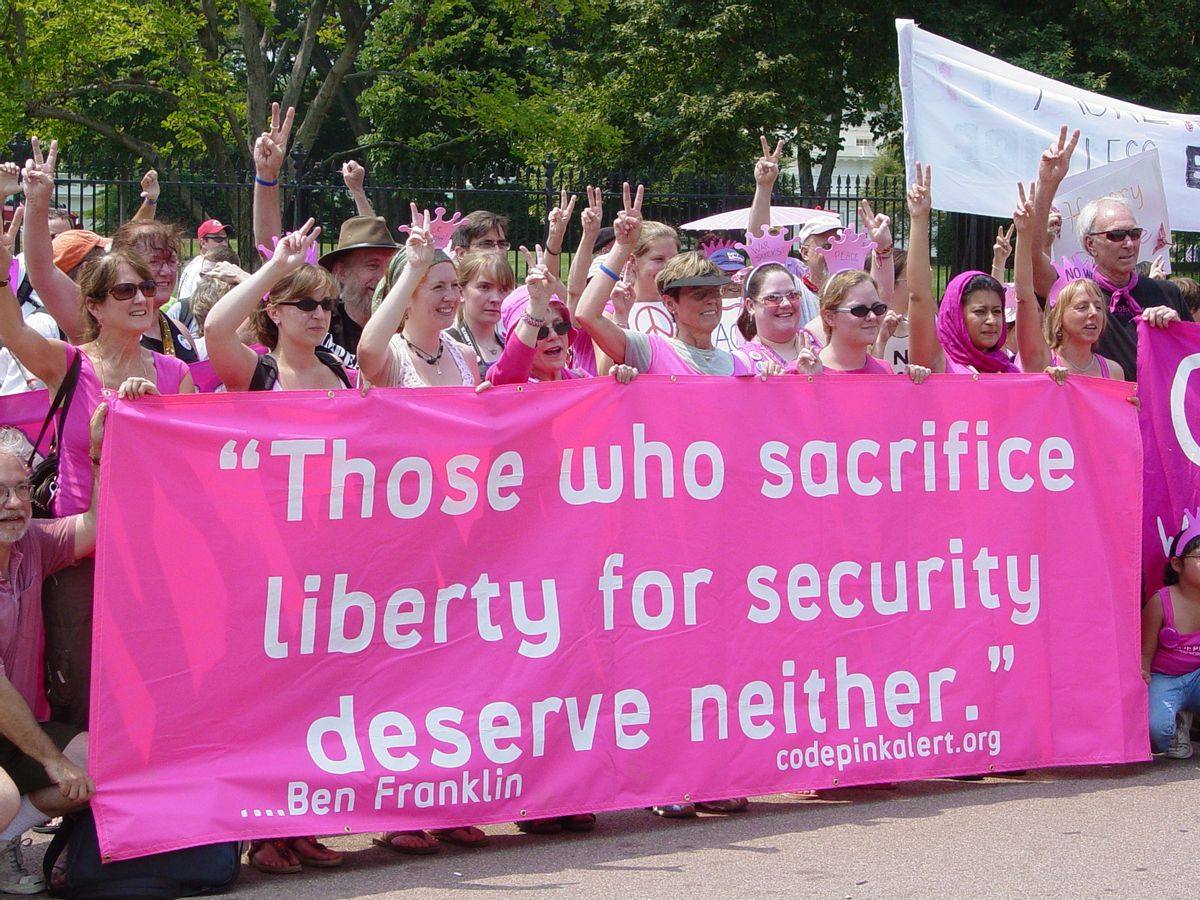 For a decade, Code Pink activists have been a central fixture at anti-war protests around America. Not for the first time in its history, the group's supporters are putting their bodies on the ground where U.S. bombs strike.

A delegation of 32 American women have traveled to Islamabad and will march alongside Pakistani organizers and political groups to South Waziristan -- a nucleus of Taliban militancy regularly struck by U.S. drones. The aim of the trip is to draw greater attention to the harm wrought by drone attacks, while reaching out and building solidarity with Pakistanis on the ground.

"We want to make it known to Pakistanis that there are Americans with a conscience who do care about their lives," Code Pink co-founder and delegation organizer, Medea Benjamin told Salon on the phone from Islamabad.

"We've encountered some overwhelming admiration over the fact that we're here, willing to put ourselves at risk," said Benjamin, who said she has been meeting with human rights groups, women's groups, Pakistani generals, U.S. diplomats and even members of the military spy agency Inter-Services Intelligence (ISI) in Islamabad.

The Code Pink delegation, comprised of women aged 22 to 80, plans to march to South Waziristan on Oct. 7., unless prevented by local authorities. The area is safer than North Waziristan in terms of regularity of drone strikes and the intensity of militant activity. However, concerns remain over the safety of the march, which will be led by Imran Khan, former cricketer and leader of the Pakistan Tehreek-e-Insaf (PTI) party.

"The warnings run the gamut from the CIA to the Taliban," said Benjamin, explaining that Taliban responses to the planned march have been split, with opposition aimed at Khan, "We've heard this week,  'We don't need a liberal like Imran Kahn to protect us from drones'," said Benjamin.

But with assurance from U.S. authorities that the march will be able to run "100 percent" drone attack-free, and with growing confidence in support from Pakistani groups on the ground, Benjamin is optimistic. She noted too that even if the march is disallowed, the delegation will have successfully highlighted the secrecy and impenetrability of the areas where U.S. military programs kill hundreds of civilians.

On Wednesday, the delegation will meet with two victims from the first drone strike conducted during Obama’s presidency (in January 2009) which killed nine civilians. One victim is Fahim Qureshi, who lost an eye, and had to have abdominal surgery because the drone missile pierced his stomach. He also lost four members of his family. The other victim is Mohammad Ejaz, who lost two family members.

"We feel the mission is already a success," said the veteran activist. "We've had tremendous publicity in Pakistan… And it's amazing to me, as someone who organized the delegation, that 32 people were willing to come out to an area where there is so much uncertainty. We feel it's important to go where the fear is," she said.