Proof that Americans are not despairing at the state of the economy: Sales figures at the local dealership 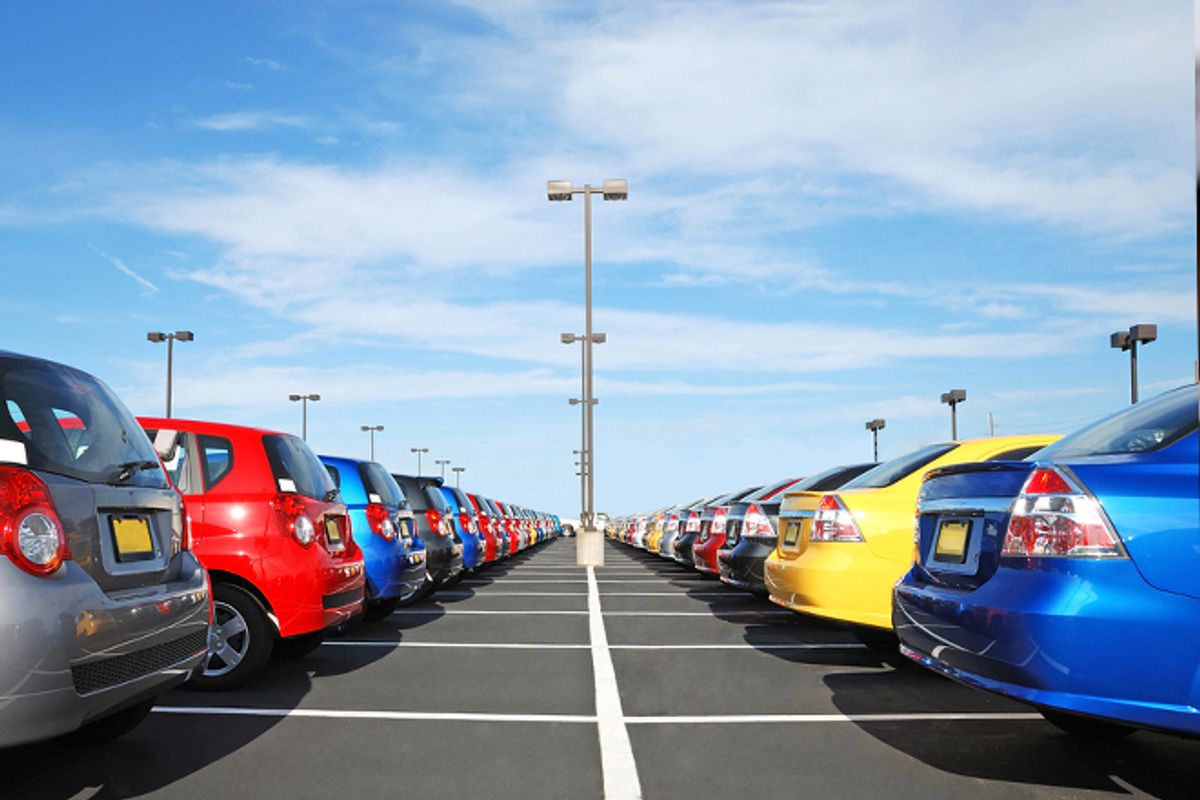 With just hours to go before the first presidential debate, conservative pundits are clamoring for Mitt Romney to attack President Obama on the economy. Fox News' Wednesday morning offering from John Lott is typical:

Are you better off today than four years ago? Tonight's presidential debate, with its focus on domestic policy, is Mitt Romney’s chance to put President Obama on the defensive, to make him answer for his abysmal economy policies.

The problem for Republicans, however, is the increasing amount of evidence indicating that Americans do not think the economy is abysmal. Tuesday delivered the most unimpeachable proof so far of blithe confidence: In September Americans bought new cars at a rate not witnessed since February 2008. Chrysler recorded its best September sales since 2007. Honda and Toyota completed their comeback from the earthquake-related disruptions of 2011. Americans are voting with their wallets.

The contrast with 2008 could not be more stark. Four years ago, automobile sales in the U.S. fell off the cliff. Frozen credit markets, the Lehman Brothers bankruptcy, and a series of gut-wrenching stock market drops all contributed to an abrupt evisceration of consumer confidence. High gas prices had been hurting car sales all year along, but the financial crash sent industry sales back to a level not seen since 1991. Without Obama's bailout, Chrysler and GM would not have survived the wounds inflicted in October 2008.

The phenomenon was easy enough to understand. Buying a car is a big deal -- the act implies confidence in the future, in your ability to hang on to your job and your home. But when a global economic recession stares you in the face, it doesn't make sense to splurge for that new Prius.

Today, Americans feel differently. They're not as worried about losing their homes (there's a strong correlation between the health of the housing sector and auto sales) and credit is cheaply available. They've been deferring the purchase of new wheels for ages -- the average age of the U.S. vehicle fleet hit a record high in 2011 --  and now they're eager to invest in high fuel-economy small cars that will further insulate themselves from bad economic headwinds.

Mitt Romney will do his best to paint a dark picture of the U.S. economy in the first debate tonight, and he'll be able to summon plenty of statistics to bolster his case: high unemployment, slow GDP growth, the number of Americans receiving food stamps ... But there's not much he can do about the fact that millions of Americans have already started voting -- at the car dealership.