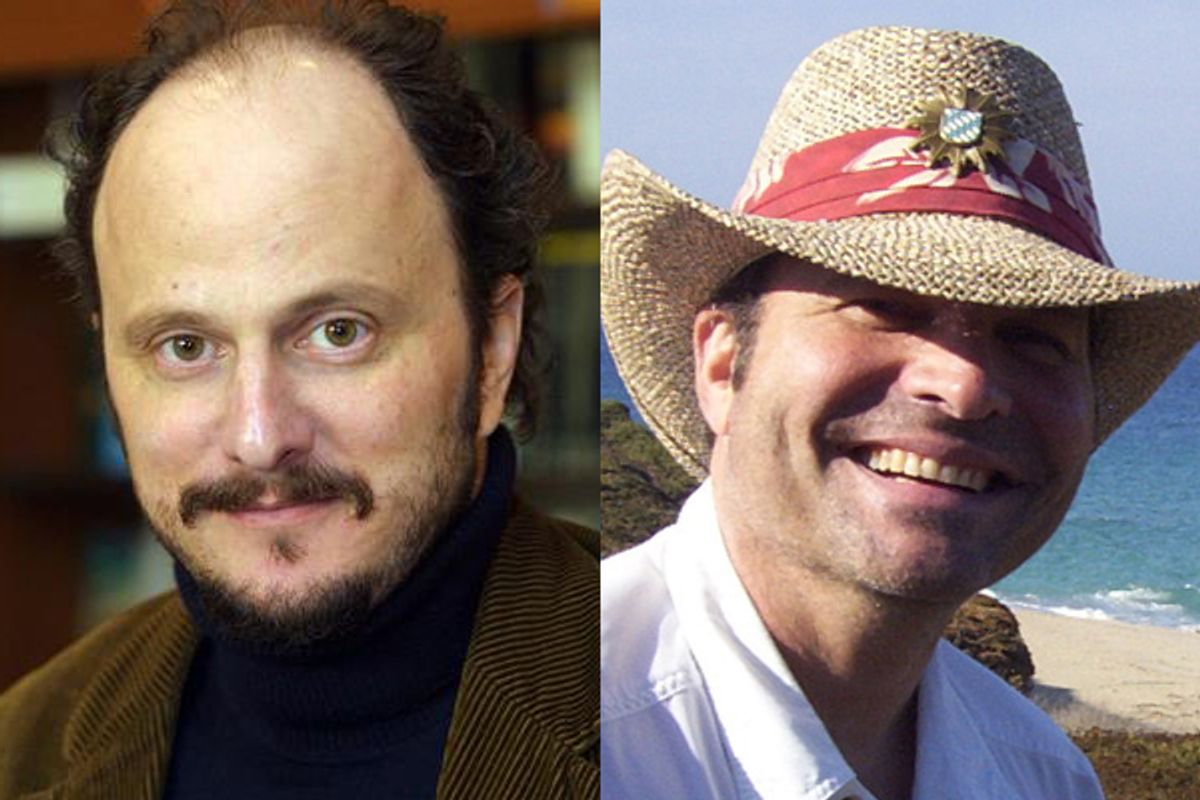 A short story must be, by definition, short. That’s the trouble with short stories. That’s why they’re so difficult to write.

How do you keep a narrative brief and still have it function as a story? Compared to writing novels, writing short fiction is mainly a question of knowing what to leave out. What you leave in must imply everything that’s missing.

If you’d like to learn how to do this, you’d be well advised to study Denis Johnson’s blisteringly acute “Car Crash While Hitchhiking.” In this story — and indeed, in all of the stories in Johnson’s brilliant collection, "Jesus’ Son" — Johnson found a way to leave out the maximum in terms of plot, setting, characterization, and authorial explanation while finding a voice that suggested all these things, a voice whose brokenness is the reason behind the narrative deprivation, and therefore a kind of explanation itself.

The first two paragraphs of the story divulge the entirety of its action: “A salesman who shared his liquor and steered while sleeping ... A Cherokee filled with bourbon ... A VW no more than a bubble of hashish fumes, captained by a college student ... And a family from Marshalltown who headonned and killed forever a man driving west out of Bethany, Missouri ...” This appears to be a straightforward recounting of events except for that one word: forever. What “killed forever” means isn’t entirely clear. It’s a strange thing to say, as if it were possible for a person to be killed temporarily. Soon, other unusual statements appear. “The travelling salesman had fed me pills that made the linings of my veins feel scraped out. My jaw ached. I knew every raindrop by its name. I sensed everything before it happened. I knew a certain Oldsmobile would stop for me even before it slowed, and by the sweet voices of the family inside of it I knew we’d have an accident in the storm.”

And then comes the kicker: “I didn’t care.”

We are, at this point, about 20 lines into the story, and the ground has fallen away beneath us. Who is this guy (identified, elsewhere in the collection, only as “Fuckhead”)? What has happened to get him in this altered state? Why is he capable of making vatic utterances about the weather and of registering the sweetness of human voices while not caring about their impending demise? No explanation is given. The story rolls on, rubber-necking its way through the car crash, the individual sentences veering from poetic reverie (“Under Midwestern clouds like great gray brains”) to detached commentary (“The interstate through western Missouri was, in that era, nothing more than a two-way road.”) The description of the accident is frightening in the extreme, and leads to a scene in a hospital, when the wife of the injured man learns of his death: “The doctor took her into a room with a desk at the end of the hall, and from under the closed door a slab of brilliance radiated as if, by some stupendous process, diamonds were being incinerated there. What a pair of lungs! She shrieked as I imagined an eagle would shriek. It felt wonderful to be alive to hear it! I’ve gone looking for that feeling everywhere.”

It’s impossible for the reader to know how to interpret this. Customary narrative procedure has disappeared and you realize that you’ve entered, or better, been sucked into, Fuckhead’s world. By removing any rational linkage from the story, by refusing to provide any form of accepted behavior on the part of the narrator, Johnson brings the reader to a place where these things are no longer operative, as they are, after all, in an addict’s twisted mind. The story hasn’t told you about an experience so much as made that experience your own. Which is as good a definition of fiction writing as I can think of.

Up to this point, however, as chilling as “Car Crash While Hitchhiking” is, it still isn’t a story. It doesn’t become a story until the last paragraph, where Johnson makes an amazing move. Mirroring the chronological liberties of the opening paragraph, he leaps forward: “Some years later, one time when I was admitted to the Detox at Seattle General Hospital, I took the same tack.” Fuckhead goes on to describe the voices that are speaking to him in the room, and the lush hallucinations that appear before his eyes, as a “beautiful nurse” gives him an injection.

By the end of the story, then, we glimpse the narrator’s eventual descent into drug-fueled insanity, and we get a clue to the reason he’s been able to write about these events with such clarity. The story is a description of “the pity of a person’s life on this earth” as well as a testimonial of redemption, without any sentimentality or even the prospect of permanence. (That “one time when I was admitted to the Detox” suggests that it happened more than once.) The narrator’s recovery, which allows him to relate these events, doesn’t absolve him of his heartlessness during them or bring the dead people back to life. That’s the meaning of “killed forever.” Sobriety and sanity, precious as they are, do not compensate for the tragic senselessness of life. Redemption is glorious, and it isn’t nearly enough. It saves only one person at a time, and the world is full of people.

As if to emphasize this hard truth, the story concludes with a furious last line: “And you, you ridiculous people, you expect me to help you.” Fuckhead isn’t Jesus. He’s Jesus’ Son, which is a different thing entirely. He’s a person graced with an intuition of heaven who still lives in hell on earth.

All this Denis Johnson does in a little over a thousand words. By conflating registers of time and tone, he delivers a narrative where the personal brushes up against the eternal, all from a single incident, or accident, on a rainy night.

Excerpted from "Object Lessons: The Paris Review Presents the Art of the Short Story edited by The Paris Review." Reprinted by arrangement with Picador. Copyright © 2012. All rights reserved. No part of this excerpt may be reproduced or printed without permission in writing from the publisher.

Jeffrey Eugenides is the author of the novels "The Virgin Suicides," "Middlesex" and "The Marriage Plot"