So the smug Yanks make the playoffs again. Boring. We learn more about ourselves when we cheer for losers 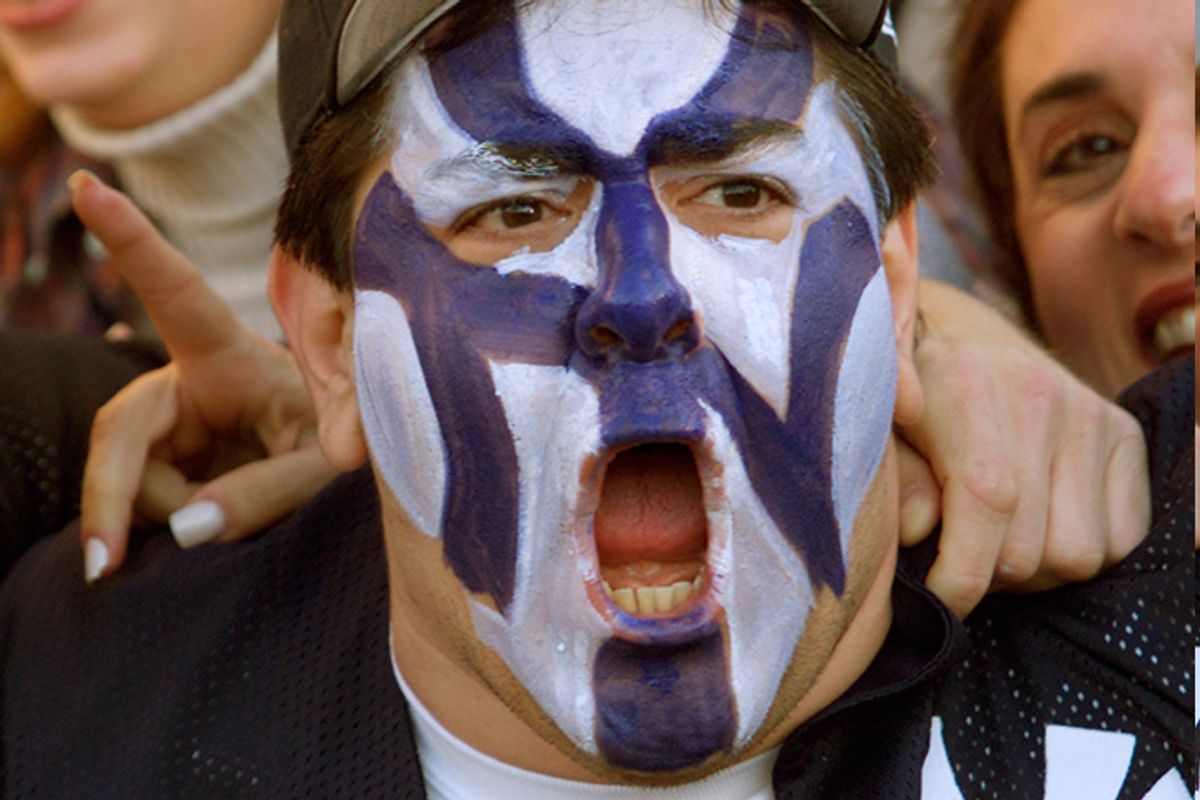 Recently, a few friends sent me links to a paid obituary notice in the Daily Courier-Observer (“Serving the communities of Massena and Potsdam, New York”), eulogizing local woman Marylou Belles. I didn’t know Marylou, but she quickly became familiar to me: “She loved cats, and shared her life with four rescues from Save a Sato,” read the obit. “She was also a lifelong NY Mets fan though surprisingly, that wasn’t what killed her.”

If humor is a moat to protect us against the advancing armies of pain, it’s no wonder Mets fans like to laugh at themselves and their team, which has a legacy of stupidity, ineptitude and cursed luck. I can’t imagine a similar obit written for a Yankees fan, because Yankee fans are usually humorless — they’re in it for victories, not chuckles. As a result, I’m pretty sure Mets fans (I’m one) are morally superior to Yankees fans.

My dad told me the story of how he became a Yankee fan: When he was 9, he went with his father to a double-header at the stadium, where the Yanks won 15-0 and 8-4. (Their foils, fittingly, were the Red Sox, who might as well have been wearing clown suits.) I found the box score and mailed it to him: The pinstriped team included Lou Gehrig, Bill Dickey, Joe DiMaggio, Tony Lazzeri, Tommy Henrich, Red Ruffing and Spud Chandler, totaling five Hall of Famers. The Sox, in contrast, had Pinkey Higgins and Rabbit McNair. Like many other people, my dad was hooked by their dominating greatness. “If the Yankees lost a game, you couldn’t talk to him,” my mom often said, and fortunately for mom, they didn’t often lose.

I have no grievance with my dad, or my older brother, also a Yankees fan, because they remained loyal during droughts and plagues, including the Horace Clarke Years. If you bought a ticket to see Celerino Sánchez or Dave LaPoint in person, I salute you.

But it’s been 20 years since Yankees fans have had their loyalties tested by anything more troublesome than an October bloop single off Mariano Rivera. Their brand is success, and it’s easy – painless, alluring, self-satisfying — to root for a triumphant team. When I was in middle school, my neighbor Gary showed up at the bus stop one autumn wearing a Dallas Cowboys shirt. We lived in Connecticut. But Gary wanted to root for a winner, so that he could look or feel like a winner, too.

The teams I root for – in descending order of passion, the Mets, the Jets and the Knicks – have brought me mostly misery for the last 20 years. The Mets have consistently choked in ways only Jimi Hendrix or Tommy Dorsey can match. If these teams were relatives, I’d stop speaking to them. But dumping a team just because they suck, or didn’t re-sign Jeremy Lin even though they obviously should have, is the obverse stupidity of rooting for a team just because they win.

Baseball’s regular season ends today; the Yankees are going to the playoffs, and the Mets are going home, maybe to things they’re actually good at doing. What’s worse, the Mets won’t make the playoffs any time soon, unless Bud Selig institutes a Montessori-style everyone-makes-the-playoffs policy. (The World Series would coincide with Christmas, and we'd get to see what CC Sabathia looks like in a parka.) But ineptitude doesn’t change my level of fandom. Loyalty is the same thing as love, and if you love your friends only because they’re successful, you’re not much of a human being.

When we root for a team that usually loses, we learn about patience, hope, humility, frustration and the kind of vicissitudes that distinguish human life. Mets fans, including Marylou Belles, demonstrate the qualities we hope our children will learn, unlike Yankees fans, who demonstrate the qualities of Biff Tannen from "Back to the Future." Maybe this sums it up: Jerry Seinfeld, comedian, is a Mets fan; Rudy Giuliani, asshole, is a Yankees fan. And people who root for the Yankees don’t learn about those things, unless they’re simultaneously Jets fans.

This argument isn’t exclusively about the Mets and the Yankees; those teams are metaphors for any that consistently lose or consistently win, respectively. Though there is at least one unique quality to Yankees fans. They act as though they, personally, won all those championships. The next time a Yankee fan is bothering you, ask, “And what did you hit in the 2009 World Series?”

My brother still roots for the Yankees, even though he moved to Chicago almost 20 years ago. His teenage son, though, rejected his dad’s Yankee fandom (as I did my dad’s) and chose the Cubs. “I warned him that rooting for the Cubs would only lead to misery,” my brother told me. But I think my nephew will be a better person for having committed himself to a team that, like most of us, struggles consistently and often appears to not know what they’re doing. And if the Cubs ever win the Series, he’ll experience a level of deserved joy unknown to Yankees fans.

Rob Tannenbaum is the co-author of “I Want My MTV: The Uncensored Story of the Music Video Revolution.” He tweets @tannenbaumr.