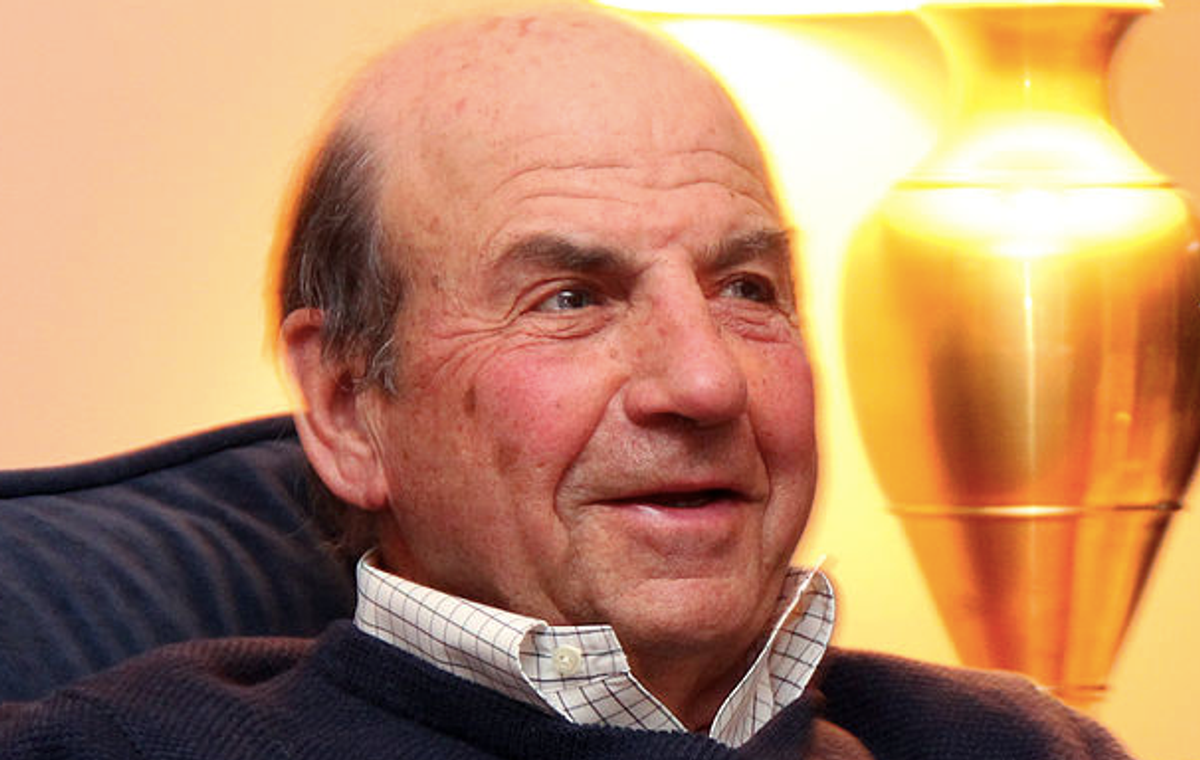 Long-time New Yorker staff writer Calvin Trillin won the 2012 Thurber Prize for his book, "Quite Enough of Calvin Trillin: Forty Years of Funny Stuff." Trillin has the comic equivalent of perfect pitch," said judge and humor writer Jennifer Crusie. "He addresses everything from sausage to politics with clarity, elegance and a fine dry wit, never missing a note."

Trillin talked about his approach to humor in an interview with Mother Jones last year:

MJ: The US seems to be going through a rough patch right now. Is there ever a time when things seem too bleak for you to be funny?

CT: There's always a source for humor. If it's inappropriate to write about, if there's nothing funny about it, then it's not funny. So it sort of selects itself. It has to. And plus, often something that wouldn't be funny at the time is okay to make jokes about later. Lincoln's assassination, for example. But in general, I don't think there's very much that can't be joked about.

CT: Interesting things. Or, just certain things stand out. Like when Michele Bachmann said that God had sent Hurricane Irene to warn us about spending; that was obvious. Jerry Falwell said that God had sent 9/11, or withdrawn his defensive shield, because of lesbianism. So there are obvious subjects, but they're not interesting unless you find some angle to it. In the Bachmann case I wrote a poem called, "So Why Be So Hard On Vermont?" I mean, if God is omnipotent, he can send these warnings anywhere he wants. Why pick on Vermont, of all places? What did they do? Usually, with poems you pretty much have to write about something that's in the public mind.

Trillin also has a sideline as  The Nation's "deadline poet," in which guise he wrote the immortal "Mitt Romney as Doll:"

Yes, Mitt's so slick of speech and slick of garb, he
Reminds us all of Ken, of Ken and Barbie —
So quick to shed his moderate regalia,
He may, like Ken, be lacking genitalia.

And you'll also enjoy this clip of him on "The Daily Show:"