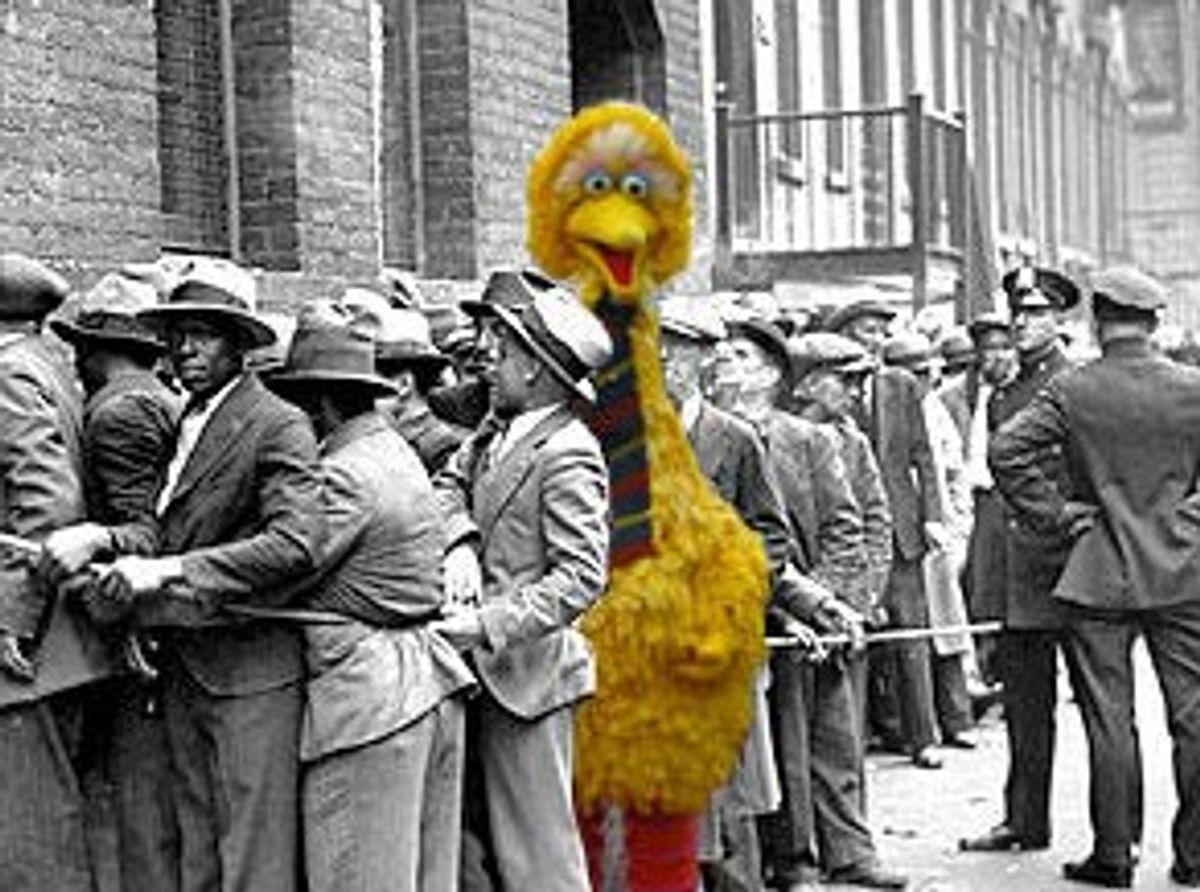 After Mitt Romney threatened Big Bird's livelihood yesterday, Twitter exploded in defense of the feathery friend. Instant-sensation parody accounts such as @FiredBigBird popped up, posting doctored images of Big Bird in the unemployment line and begging.

But now questions of censorship and foul play are swirling across the Twitterverse as @FiredBigBird's account has been suspended and unsuspended numerous times in the past 24 hours.

@FiredBigBird reached out to Salon via email to explain the Twitter saga. Following the account's swift rise to popularity (12,000 followers), Twitter suspended the account before confirming that the user was a real person, the account owner explained.

Twitter policy does allow for parody accounts, but impersonator accounts that might deceive other users are banned. Given that @FiredBigBird has been reinstated, it seems clear that he was not considered an impersonator of PBS' character in any way that violated Twitter policy.

"It seems to me to be an automated thing," @FiredBigBird told Salon, adding, "But the reaction of my followers I think is the funniest thing. They assume Romney had a hand in it … they suspect Mitt Romney is calling Twitter on Bat[man]-like red phone to have me suspended."

Indeed, as soon as news emerged of the brief suspension, the hashtag #Birdgate started gaining traction, noting that other Big Bird parody accounts had been pushed off Twitter:

Despite conspiracy theories abounding, it is not unusual for Twitter's algorithms to automatically block accounts that look like spam. Twitter has not returned Salon's request for comment, but @FiredBigBird does not believe he was deliberately pushed from his perch.