Does Obama just hate his job?

If so, you can't really blame him. Everything is awful! 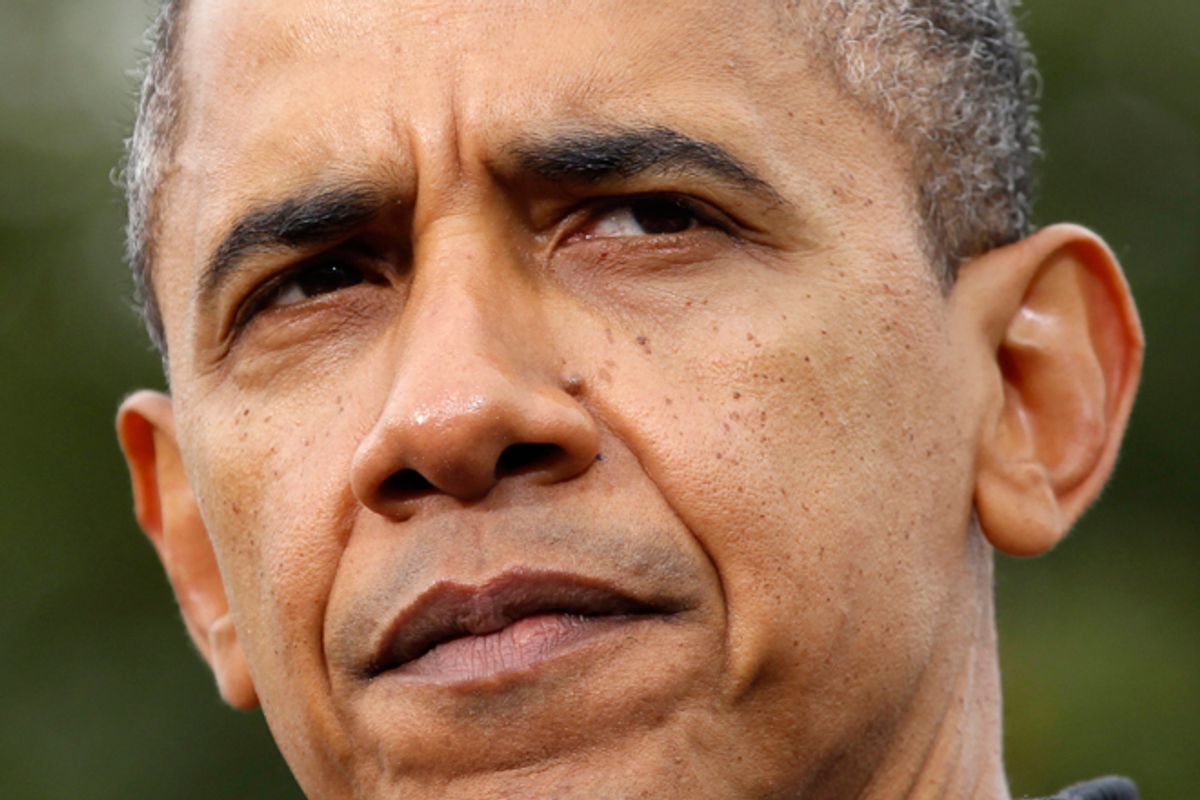 Hey, maybe Obama just doesn't like being president? And that's why he was so "off" last night? It's as good a theory as any.

Instead, Obama signaled that he wants out. His diehard supporters are already trying to wave away this weirdly awful, unengaged performance as just his latest turn of Zen mastery, but that dog won’t hunt. They should steel themselves for more shocking displays of indifference over the next month on the part of this strangely diffident individual. It’s quite possible that he means what he says, and he really can’t wait to become an ex-president.

Here's Garance Franke-Ruta at the Atlantic:

I said it after the convention speech and I'll say it again: If there's something that seems shut down in our once ebulliently optimistic president, it most likely has to do with the wars. Obama is a naturally empathic individual, whose diverse, mobile, international background made him unusually able when it came to assessing new social situations and reading more than people say. Some observers have speculated that Obama needs a crowd, energy he can draw from. But he had that aplenty in Charlotte, and it barely helped. I suspect a more prosaic explanation: A person of his temperament cannot maintain the same open demeanor when he's dealing with war and death all the time. As, we must recall, Obama has been for years now. If Obama seems shut down, perhaps it is because he has to be to be who he is and do the job he needs to do day in and day out. If his heart didn't seem in it last night, I wonder if it's not in part because the last thing he needs to consider in his work on a day-to-day basis is his heart. It's a long way from being a community organizer, civil-rights lawyer and anti-war state senator to running a drone war that kills innocent civilians, ordering the death of militants, overseeing a policy that's led to an increase in American casualties in Afghanistan, and delivering funereal remarks at a ceremony honoring the returning remains of a slain American diplomat.

(I said it too, last month: "I’ve come to feel that if Obama loses he’ll be quietly grateful.")

Obama is sort of somber and downbeat lately, it's true. And why shouldn't he be? Everything sucks! He can't accomplish anything because of Congress and there are a bunch of wars everywhere and he's personally responsible for the deaths of a bunch of people, including innocent civilians and American troops. Being president seems kinda awful, honestly, unless you're superhumanly manic, like Clinton and Johnson, or too mentally checked out to notice, like Reagan. There's a reason Nixon drank and popped pills! Eisenhower was "terribly depressed" before his 1956 reelection campaign and all he actually had to do was give seven speeches. (That was his whole "campaign"! Seven speeches! Incumbents used to have it so, so much easier.) And we all know that Abe Lincoln was a big saddo, all the time. (Also a drinker: Grant, our other president who happened to be a good writer.) You probably have to be some sort of monster to want to be president and an even bigger one to actually enjoy yourself once you are. If you don't hate being president you are probably a sociopath. (Sorry, Bill.)

On the other hand, maybe Obama's not tired of being president. Maybe he just hates Mitt Romney and can't stand being in the same room as him, and that is why he seemed clearly not to be enjoying himself.