Documents show that North Dakota Senate hopeful Rick Berg charged taxpayers for a stay at the Ritz, and more 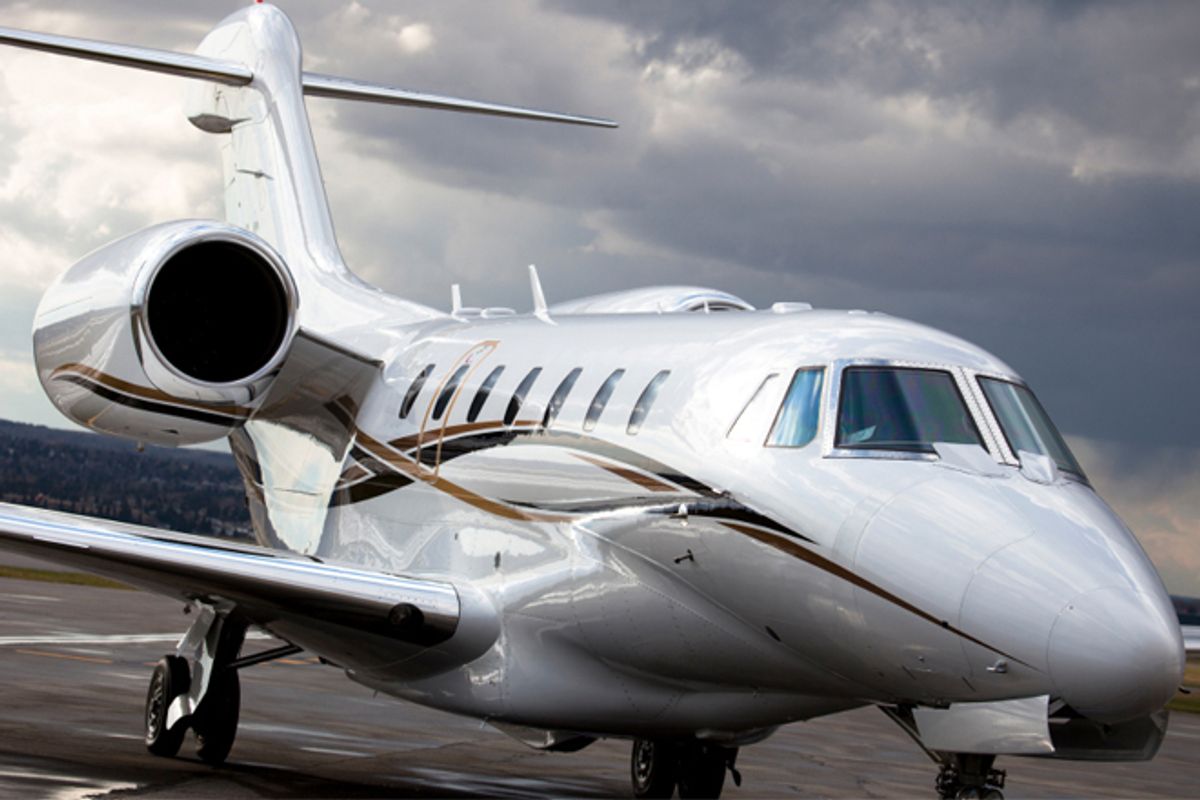 The Ritz-Carlton hotel on South Beach in Miami earns its five stars. The iconic hotel, designed by famed modernist architect Morris Lapidus, has been named one of the best hotels in the world by Conde Nast Traveler and Travel & Leisure, and it features one of the country’s best spas along with its trademark "Tanning Butler," who will lather you with sunscreen at your command. It’s not cheap, but it’s worth it, especially when you’re not paying for it.

That was the case when North Dakota Republican Rep. Rick Berg, then a state legislator and now locked in an unexpectedly tight Senate race, charged his state’s taxpayers $1,017 for a stay in November 2005 to attend a conference organized by corporate lobbyists. Factor in valet parking, airfare, food and his legislative per diem, and the total bill to the state was $2,441.56.

A year later, the same conference took Berg to the Bacara Resort & Spa in tony Santa Barbara, Calif., where one might run into Lindsay Lohan or Nas at one of its three pools, or on its extensive private beachfront. That trip only cost taxpayers $592.57 for a portion of car rental, airfare and meals, along with his legislative per diem. The figures come from records of travel reimbursements legislators are required to submit to the state that were reviewed by Salon (see them here: 2005-2007, 2007-2009 and 2009-2011). A spokesperson for Berg’s campaign did not respond to a request for comment.

The State Government Affairs Council (SGAC), which hosted the Policy Leader Conferences Berg attended, is an organization created by “government affairs professionals” -- read: lobbyists -- of big corporations to work with interstate organizations of state legislators. The group, which has close ties to the notorious American Legislative Exchange Council (ALEC), provides professional development for government affairs execs and seeks to “strengthen interaction and understanding between and among SGAC members and state government officials.” The organization’s membership consists of dozens of well-known multinational corporations, and its current officers include numerous lobbyists. For instance, the SGAC president is a lobbyist for the personal care industry and the secretary lobbies for Wal-Mart. Other companies represented on the board include everything from Phillips to Tyco to Toyota to the National Beer Wholesalers Association.

Berg attended at least two other SGAC conferences on the taxpayer’s dime. There was a four-day trip in August 2005 to attend the group’s annual meeting in Seattle, for which he was reimbursed $1,700, including $300 for his legislative per diem. And in August 2006, he traveled to Nashville for that year's annual meeting. That second trip cost taxpayers $1,569, including $800 in airfare and $430 for lodging at the Gaylord-Opryland hotel.

Other trips for various conferences of state lawmakers listed on the forms include one to Boston in August 2007 ($1,300), La Jolla, Calif., in December 2007 ($977), and one to Regina, Saskatchewan, where he charged taxpayers $622.80 to charter his personal jet (total cost: $1,200). But the trip to Miami is particularly interesting in that airline receipts included in reimbursement forms show that his wife and son traveled with him. While he did not charge the state for their airfare, he didn’t deduct any percentage from his lodging, so unless his wife slept in a separate room or hotel that she paid for, North Dakota taxpayers may have paid for Berg’s wife to stay with him at the Ritz.

Berg, like many Republicans, has made cutting government spending a top priority. “Like families and small businesses across the country, government must prioritize spending and Washington must learn to live within our means to balance the budget and put our nation back on track,” Berg said last year. But in March, the Republican took heat for spending an unusual amount of money on “franking” -- the taxpayer-funded mailing privileges members of Congress are entitled to. Democrats alleged that Berg used the mailings to support his Senate bid, and the North Dakota Taxpayers’ Association called on the congressman to refund the government with campaign funds.

But the travel records from Berg’s days in the state Legislature show other things that might conflict with the message of fiscal conservatism he is trying to advance. Between 1999 and 2010, Berg billed the state for more than $3,000 in reimbursements for travel on his private jet, most of which was for official travel between his home in Fargo and the capital, Bismarck. It’s not a ton of money over 10 years, but if Berg was particularly concerned about saving the taxpayers’ money, he could have driven the three-hour straight shot between the two towns, which would have cost the state 50 percent less. Like other states, North Dakota reimburses lawmakers per mile for official travel by car. But for official travel “by private airplane, the individual is entitled to a sum equal to one and one-half times the mileage reimbursement ... for travel by motor vehicle,” according to state code.

"Once again Rep. Berg is looking out for himself at the expense of everyday North Dakotans," said Brandon Lorenz, spokesman for Heidi Heitkamp. "He's not only taken lavish trips at taxpayer expense, but as the 15th richest member of the U.S. House he's voted to give millionaires like himself a tax cut. North Dakotans will reject Rep. Berg and his record of self-interest in November."

It’s probably worth noting that Berg is one of the wealthiest members of Congress, worth an estimated $23 million.