Just how bad is the damage?

Obama lays an egg, and it might cost him the lead he's enjoyed all year 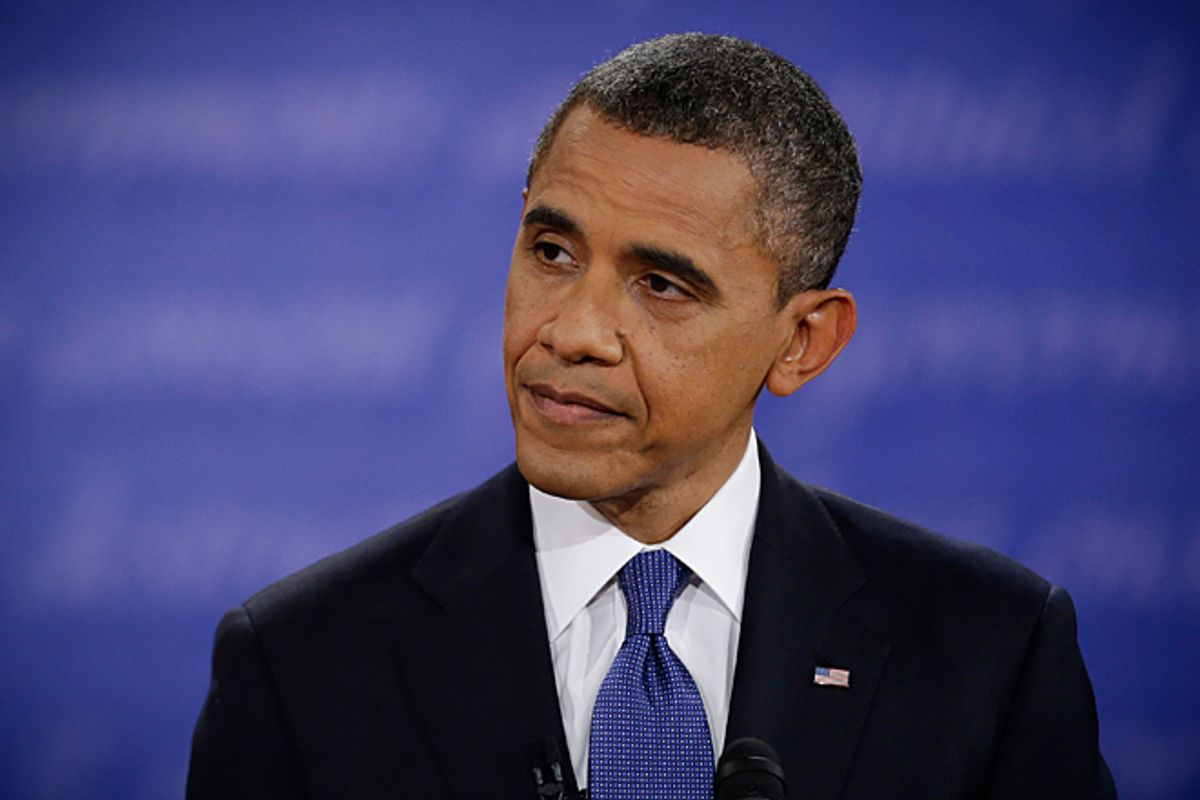 Let’s get the obvious out of the way: Barack Obama lost last night’s presidential debate. The question is how badly it will hurt him.

Heading into last night, the president enjoyed a lead of 3.1 points in the Real Clear Politics polling average. The margin was roughly consistent with where the race has been since Romney secured the Republican nomination in the spring, but it did reflect a slight tightening over the past week. But the immediate verdict from voters who watched the debate was clear, with 67 percent saying Romney fared better in a CNN flash poll, compared to just 25 percent for Obama. In CBS’s poll of undecided voters, Romney was the victor by a 46-22 percent spread.

Over the next few days, Romney stands to reap some significant benefits from what happened in Denver:

* The best press coverage of his life. Well, that’s probably overstating it, but Romney is in for the most favorable stretch of media treatment he’s received as a general election candidate. Since late August, when Republicans staged a dud of a convention, Romney has been portrayed as a candidate in decline, and Obama as a resurgent front-runner. There was good reason for this. Democrats put on a perfectly choreographed convention, Romney suffered through the release of the devastating “47 percent” video, and polls confirmed that the momentum was squarely on Obama’s side. Anything short of a clear victory by Romney on Wednesday would have perpetuated this narrative. But he turned in the performance he needed (with a huge assist from a bafflingly docile Obama) and has given the media a new storyline: Romney’s back in it – now we have a real race! At least for the next few days, it will be Romney who is treated as the candidate on the rise, and Obama as the one desperately seeking to contain the damage.

* It gets Republicans off his back: This was becoming a serious problem for Romney. As the reality of his predicament set in on Republicans over the last month, Romney faced loud second-guessing from his own party. This had the potential to demoralize GOP base, and also raised the prospect of Republican donors, party committees, and outside money groups deciding that Romney was a lost cause and opting to shift their resources and energy to Senate and House races – as they did with Bob Dole in October 1996. All of this destructive chatter ceased Wednesday night, and the right is now re-energized, believing once again that the White House is winnable. We’ve seen something like this happen before: Remember the jubilant reaction of Democrats on September 30, 2004, when John Kerry – whom they’d all but given up for dead – turned in a command debate performance against a listless George W. Bush?

* Image repair: That Romney was capable of such a forceful performance was probably a revelation for many voters. He’s been dogged by horrible personal favorable/unfavorable numbers throughout the campaign and has botched numerous opportunities (most notably at the GOP convention) to change his image. In a way, this may have contributed to Romney’s success Wednesday night, with voters perhaps expecting to see the inept, gaffe-prone candidate they’ve been hearing about all year. In CNN’s instant poll, 82 percent of voters said Romney had performed better than they’d expected. (On the flip side, 61 percent said Obama had done worse than they thought he would.) That said, the same poll also showed Romney receiving only a negligible boost in his favorable rating. But the favorable press coverage he’s now in line for coupled with an end to the griping from his own party could significantly improve his numbers in the days ahead. To erase the stubborn gap he’s faced all year, Romney needs the overwhelming majority of undecided voters to break his way. So far, that hasn’t been happening. But if they start warming up to Romney, it could be a different story.

In the best case for Romney, all of this adds up to a significant shift in the national horserace, with Romney drawing even with Obama or even pulling ahead for the first time – momentum that begets further momentum.  But as good as things went for him, there are also reasons to suspect the debate won’t end up being that transformative:

* Polarization to the rescue: Romney has been unable to push past 47 percent in the head-to-head race, and to the extent the race has tightened over the last week, it’s because some Republican-friendly voters who had strayed from the fold have come home. (This was also what happened when Romney briefly pulled even during the GOP convention in August.) As Jamelle Bouie notes, Romney will have to flip some voters who are now in Obama’s column in order to win, which is a tall order when you consider how unusually stable polling has been this year. If there’s one thing we’ve learned, it’s that it will take something very dramatic for Romney to break 47 percent – and it’s not at all clear that this will meet that threshold.

* There are other debates! It’s not exactly unheard of for an incumbent president to turn in a dreadful performance in the first debate. Bush laid an egg in 2004, so did his father in 1992, and so did Ronald Reagan in 1984. Two of those three bounced back in the next round – W with a solid showing in his town hall debate with Kerry, and Reagan with a classic line that instantly and permanently defused his one liability, his age. If Obama fares better in the next two debates (and, for that matter, if Joe Biden performs well against Paul Ryan next week), the fallout from Wednesday night could be contained.

* We’ve seen this before: Let’s face it: Obama just isn’t a good debater. Over and over again in 2007 and 2008, Hillary Clinton wiped the floor with him in debates, with Obama displaying the same maddening passivity he showed Wednesday night. But it never seemed to move the needle for Hillary. Nor was Obama that impressive against John McCain in the fall (although McCain himself wasn’t much better.) Obama was elected president despite being lousy in debates, so who’s to say he can’t be reelected with the same trait?