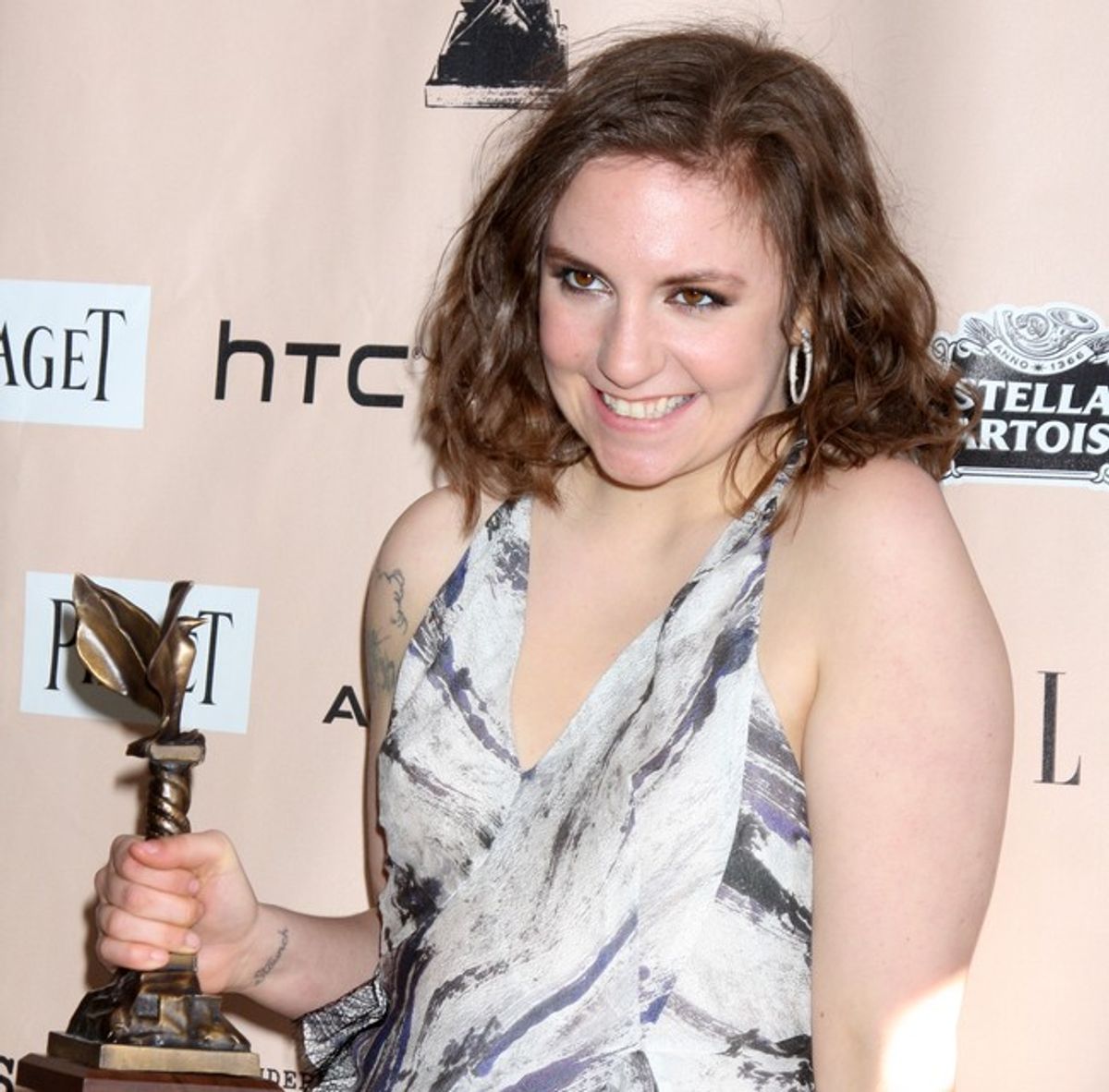 Lena Dunham can now afford pants. After bidding for her book proposal "Not That Kind of Girl" started at $1 million, Deadline.com is reporting that it has spiraled well into seven figures:

Lena Dunham's proposal for the book "Not That Kind of Girl" reached $3.6 million last night. Her lit agent Kim Witherspoon from InkWell Management is working the deal, and it should be finalized soon. The numbers for the book of advice and anecdotes from the UTA-repped 26-year old creator of the HBO series Girls should go even higher as publishers see her as an influential creative voice for young women. She met yesterday with editors.

After Nora Ephron died in June, Dunham wrote a moving tribute to her friend and mentor. Now she's the new queen of New York.