The former Massachusetts governor won the first presidential debate. Too bad it won't change the campaign 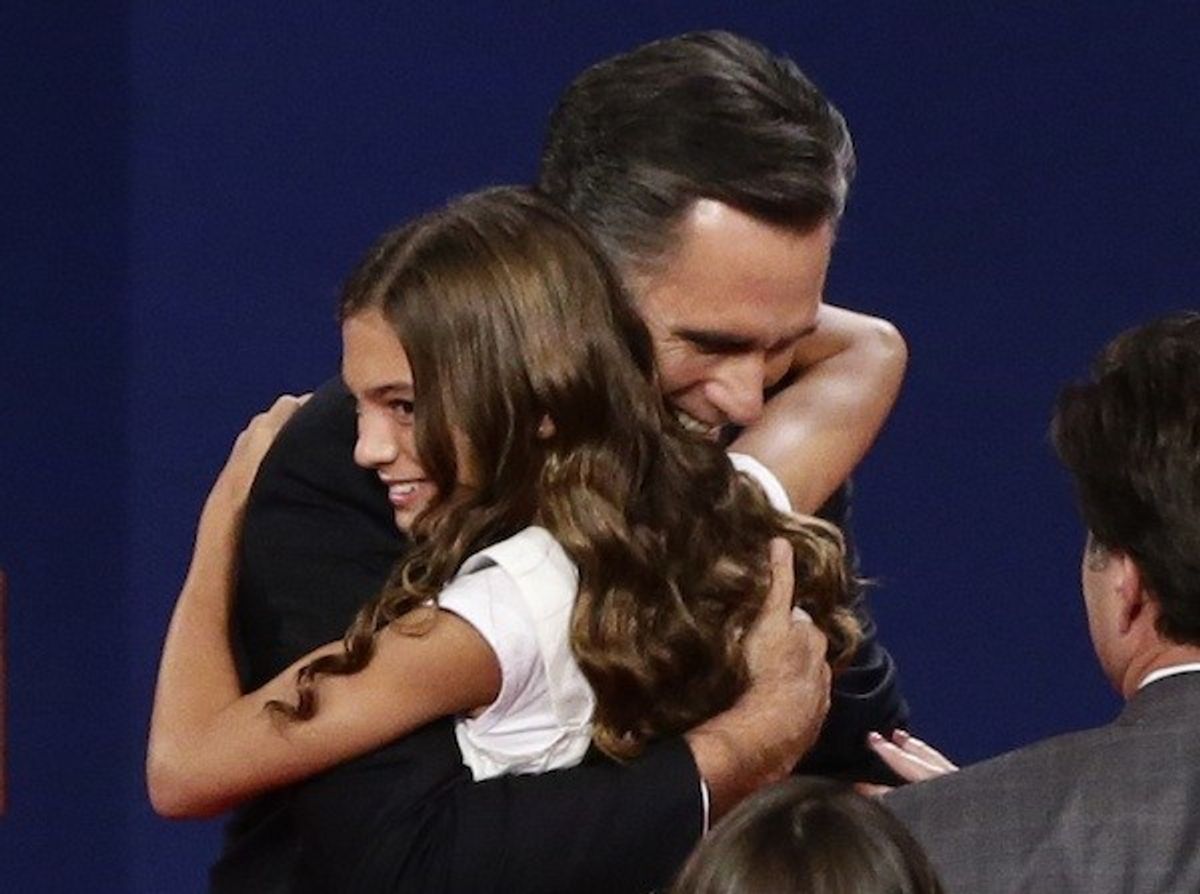 For the last two weeks, I have argued—consistently—that the debates don’t matter for the outcome of the presidential election. And now that we’ve had the first debate, I still think that’s true.

Which is not to say that this wasn’t interesting. For the first time since he began running for the Republican nomination, Mitt Romney looked comfortable. During his debate with President Obama, he took command, clearly explained his points of disagreement, and offered a little humanity with stories of the unemployed and suffering.

He even shook the Etch-a-Sketch; on everything from tax policy—he disavowed his plan to cut taxes across-the-board—to health care (where he praised his Massachusetts reform bill), Romney made an abrupt move to the center, and it was hugely effective. It’s no exaggeration to say that Romney gave one of the best performances of his political career.

President Obama, on the other hand, didn’t fare as well. He couldn’t complete a statement without pausing. When Romney spoke, he looked down. When given the chance to offer a sharp contrast to the Republican nominee—“How do you and Governor Romney differ on Social Security?”—he demurred. And despite Romney’s willingness to bend or disregard the facts, Obama had little to say about his opponents honesty, or lack thereof. Romney’s excellence in this debate was matched—pound for pound—by Obama’s failure.

For pundits, journalists, and commentators across the spectrum, this is clear evidence that the presidential race has become a toss-up again, providing fodder for endless analysis, and justifying their continued employment. “A week ago, people were saying this was over. We’ve got a horse race,” said David Gergen in a bit of post-debate analysis. On the other side of things, MSNBC’s Chris Matthews had a near-meltdown over Obama’s listless performance: “I don’t know what he was doing out there, he had his head down, he was enduring the debate rather than fighting it.” According to CNN’s instant polling, 67 percent of viewers say that Romney won the debate, compared to the lonely 25 percent who say that Obama had the advantage. Overall, viewers gave Romney a win on everything, from the economy and health care to taxes, the deficit, and views of government.

There’s no question that Romney crushed the president, who gave a poor performance. But the facts are clear: This won’t determine the outcome.

It’s worth looking back to the 2004 presidential debates. The unanimous opinion was that John Kerry punished George W. Bush. Whereas Bush was churlish, impatient, and aloof, Kerry was dynamic and aggressive. He came away from the debates with momentum and a boost in the polls.

Twenty-two days after the final debate, Bush won reelection with 50.7 percent of the vote.

Winning debates doesn’t hurt, but it doesn’t do much to help either. At most, this debate will give Romney a bump in the polls. But even that’s an open question. Kerry’s gains came from winning Democratic voters back from Bush, and moving Democrats away from the undecided column. There was slack in the electorate, and that gave Kerry a little space to grow.

The same isn’t true this year. Obama is winning the vast majority of Democrats and Democratic-leaning voters, while Romney is doing the same for Republicans. There isn’t much across-the-aisle voting in this election, which means that Romney needs to win undecideds and break Obama’s coalition to make gains. To do that, he needs to offer a convincing argument to Democratic voters and, so far, his campaign hasn’t been able to clear that hurdle. Yes, the debate helped him look serious and presidential, but that’s never been his problem: Romney moves with an aura of competence. What he lacks is detail and conviction.

Put another way, Romney gave a great performance, but there was nothing in his rhetoric that would convince an Obama voter to switch sides. By next week, polling will catch up with events and we’ll have a sense of how voters reacted to the first presidential debate. My guess? The polls will show little or no change. To borrow from political scientists Robert Erikson and Christopher Weizen, “the best prediction from the debates is the initial verdict before the debates.”

At the end of the month, odds are good that Obama will be where he was at the beginning of the month—ahead.