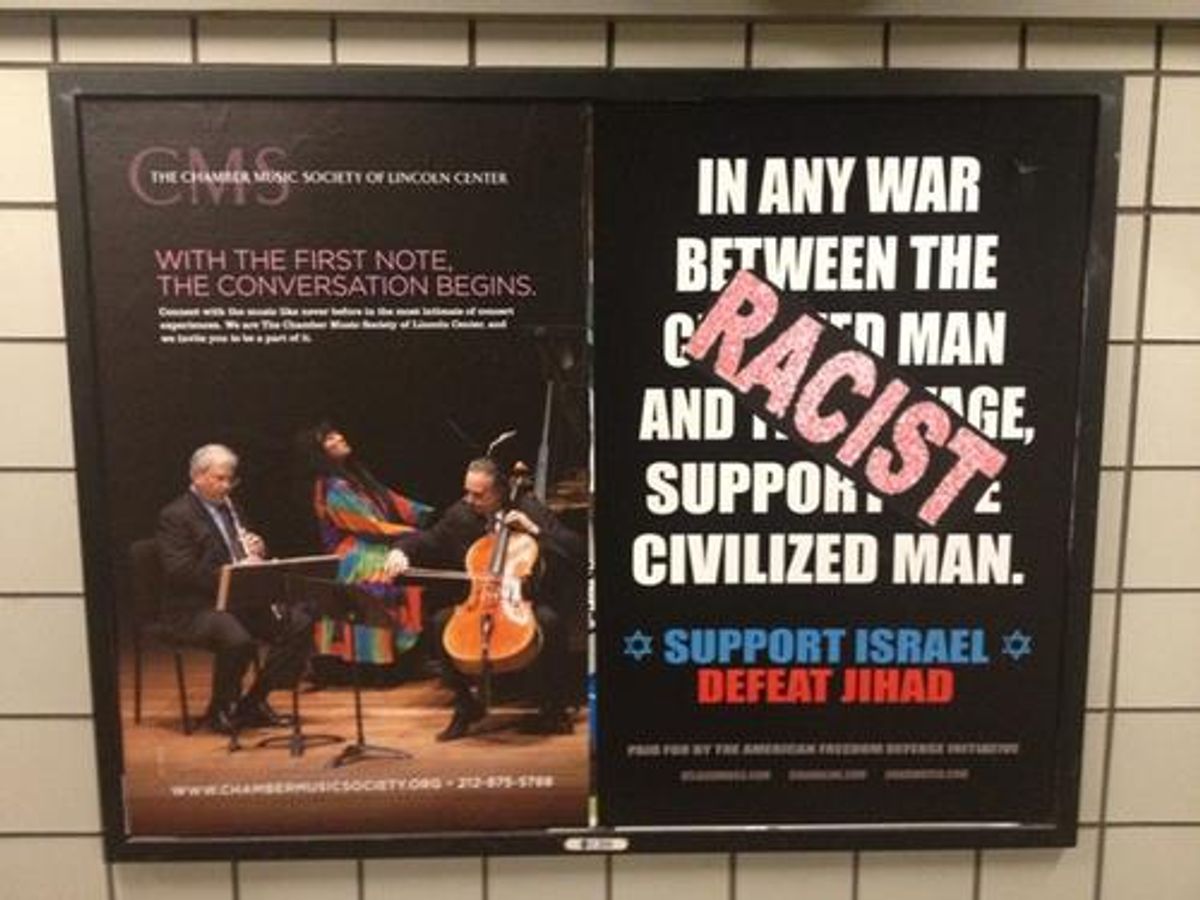 In response to the Islamophobic ads, which went up around New York subway stations last week, two religious groups (one Jewish, one Christian) are taking out ads to urge tolerance.

The original anti-Islam ad read, "In any war between the civilized man and the savage, support the civilized man. Support Israel. Defeat Jihad." The posters from the Jewish group Rabbis for Human Rights will directly counter this message with the slogan, "In the choice between love and hate, choose love. Help stop bigotry against our Muslim neighbors."

Rabbis for Human Rights – North America and the group Sojourners, led by the Christian author and social-justice advocate Jim Wallis, are unveiling their campaigns on Monday. Their ads will be placed near the anti-jihad ads in the same Manhattan subway stations, leaders of both groups said and transit officials confirmed.

... “We wanted to make it clear that it is in response to the anti-Islam ad,” said Rabbi Jill Jacobs, executive director of Rabbis for Human Rights, whose members include rabbis from all streams of Judaism.The Sojourners ad simply says, “Love your Muslim neighbors.”