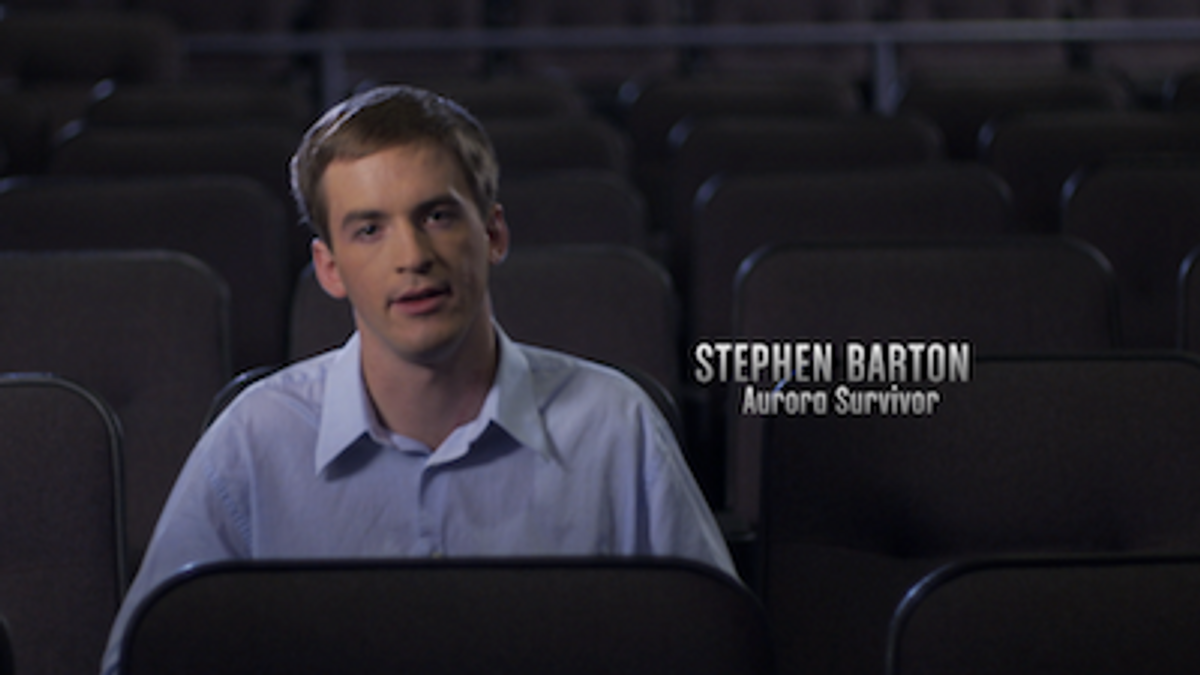 As far as pressure group slogans go, “Demand a plan” hardly sounds radical. Politicians have plans for everything. Mitt Romney won this week’s debate largely by repeating that he has plans, even as he refused to describe them. Then there’s gun control, an issue so touchy that most national politicians refuse to make any promises at all.

Since the summer’s shooting in Aurora, Colo., which killed 12 and injured dozens, New York Mayor Michael Bloomberg has arguably been the country’s most prominent gun control advocate. Now Mayors Against Illegal Guns, the group he co-founded with Boston Mayor Tom Menino in 2006, thinks that getting the presidential candidates to address gun violence at all would be a kind of breakthrough.  So far the group's “Demand a plan” campaign includes an online petition that has attracted more than 250,000 signatures and an ad featuring Stephen Barton, who was shot in the face in Aurora.

After graduating from Syracuse this year, Barton, 22, was set to teach English in Russia on a Fulbright grant. Before leaving he and a friend were spending the summer on a cross-country bike trip. Forty-four days and 2,700 miles after pushing off from Virginia Beach, Va., they went to the movies.

“I was hit pretty early on,” Barton said. “I remember putting my hand up at the last second and pretty much getting shot simultaneously.” An hour later he was in emergency surgery as doctors removed shotgun pellets from his neck, and checked for arterial damage. He’s since had more surgery but shot remains buried in his neck, chest and shoulder. “By going after them, the doctors risk other muscles. It’s very destructive,” he said.

“I barely ever thought about gun control before this,” Barton said. And while he followed politics he was never an activist. In an interview with Salon, he refused to discuss his broader political views. “It’s not a partisan campaign, because both parties have been absent when it comes to gun policy.”

As he spent the summer in Connecticut recovering from nerve damage and regaining his strength, Barton began to learn more. “It’s outrageous to me, as I think it is to most people, that when these shootings take place … someone was able to get ahold of a lot of powerful guns so easily, the click of the mouse,” he said. “There didn’t really seem to be any discussion about it.”

“I eventually decided if I wasn’t willing to get involved myself I couldn’t really [be] rightfully frustrated when politicians aren’t talking about it.” He met with Sen. Richard Blumenthal, D.-Conn., who helped him get a job as a policy and outreach assistant with Mayors Against Illegal Guns. Shortly after Barton started, he was asked if he wanted to appear in an ad. He did. “I felt totally comfortable talking about my experience.” It remains an open question whether that will matter. Gun control was as absent from the presidential debate as it was from the two party conventions. “They were standing 10 miles away from the theater where I was shot.”

Wednesday night was a bit of a political awakening for Barton. “I was very optimistic … as the debate progressed and we got to the hour mark I got a little less optimistic,” he said. “It was as if both candidates and even the moderator have moved on from what happened this summer.”

The suggestion that a 22-year-old, even one invested with considerable moral authority, could derail two presidential campaigns, might have been Barton’s only touch of naïveté in a remarkably on-message interview. He seemed aware that being moderate and nonpartisan in the face of an outrageous crime is an asset. He calmly framed some measure of gun control as the “common sense” issue it is for every industrialized society except our own.

To give an idea of how skewed the politics of gun control are: 74 percent of National Rifle Association members agree. Support is even higher among non-NRA gun owners.

Barton doesn’t pretend to understand the passions of his opponents. He didn’t grow up hunting. He has never fired a gun. His current role as an activist was thrust upon him and is likely impermanent. (He still plans to go to Russia next year.)

Perhaps that’s why, unlike many career culture warriors, he can discuss his opponents in measured terms. They have a “philosophical disagreement about what it means to give guns to people and say ‘You are now responsible for your own personal safety.'” Government, in other words, should not protect its citizens from people like the Aurora shooter.

In the wake of mass random shootings, gun-rights activists have often said that armed citizens would have been able to stop the shooters. In that crowded theater, “It was dark, filled with smoke, filled with people,” Barton said. “The man who shot me was covered with body armor. I don’t think having a gun would have helped.”