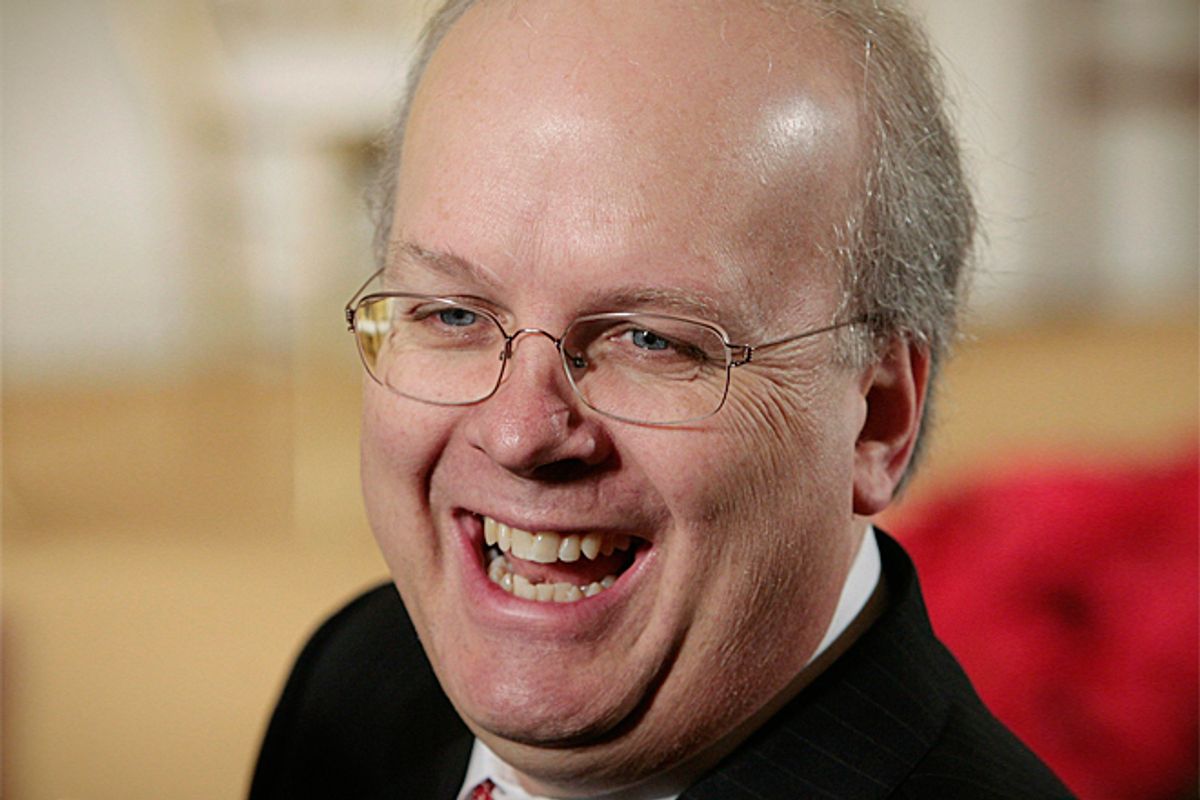 After his devastatingly weak debate performance against Mitt Romney, Barack Obama got a bit of a reprieve when the Bureau of Labor Statistics released figures showing that 873, 000 more people had jobs in America than the previous month—the most jobs created since 1983—and that the unemployment rate had declined to 7.8 percent.

So why was one of the most iconic CEOs in American history alleging that the Obama administration had conspired to falsify the numbers just before the election?

The answer can be traced back more than thirteen years to the party boss who is always working his magic behind the scenes: Karl Christian Rove.

Here’s what happened: According to an article by David Podvin and Carolyn Kay, in June 1999, just after George W. Bush declared his candidacy for president, Welch, then Chairman and CEO of General Electric, the parent company of NBC, was contacted by Karl Rove who reportedly told him that a Bush administration would introduce sweeping deregulatory measures in the broadcast industry that would create untold billions of dollars in additional profits for GE.

Welch not only became a vocal supporter of Bush, he also decided that the news division of NBC would to put aside its journalistic integrity and instead look out for the corporate interests of GE and do everything in its powers to elect Bush. According to a report by Rep. Henry A. Waxman (D-Los Angeles) cited in the Los Angeles Times, come election time, November 7, 2000, Welch had access to raw election data that were not available to his own newsmen at NBC and appeared to play a key role in getting NBC to call Florida, and with it, the national election, for George W. Bush at
almost the same time, John Ellis—George W. Bush's cousin and Fox News' senior decision desk official—made the call for Fox.

Three elections later, it seems that Welch’s affection for Karl Rove’s candidate is unabated. On September 20, when Romney was still foundering, Welch went on Fox News and insisted Romney would triumph. “Mitt Romney will win and I don’t want you to get weak-kneed….. Nobody’s getting weak-kneed.”

And indeed, as the Business Insider reported, even before the Labor Department released the job numbers Welch predicted that Obama administration would falsify the job numbers to compensate for his weak debate performance. When told that the numbers might be around 7.9 percent, Welch was asked, via Twitter, “Is the fix in?”

He tweeted back in the affirmative: “at 7.9 it would be Chicago and labor Sec in action.”