It's fine to cast a ballot. But real change comes from coalitions -- and that means compromising principles 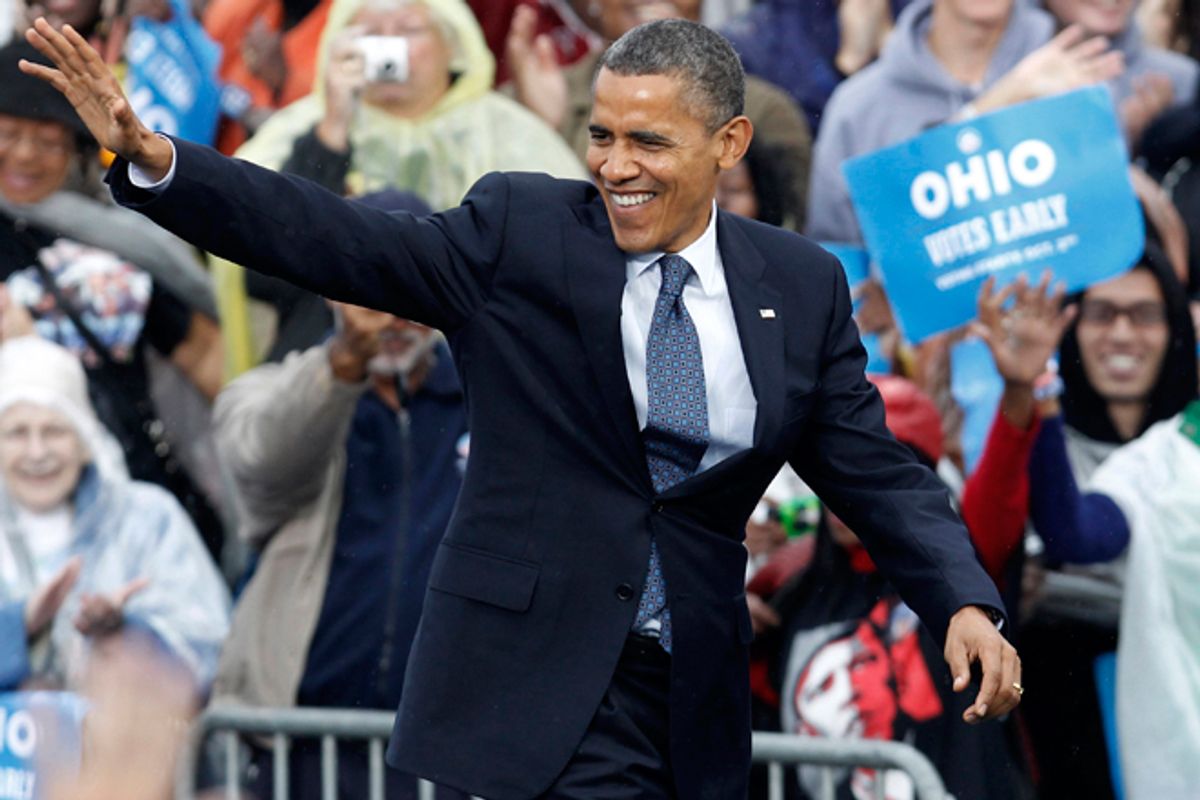 Want to make the world change? Get involved – and that doesn’t mean voting.

This all comes from a little bloggy dust-up over the last couple of weeks. Conor Friedersdorf got lots of people riled up by saying that because of drone wars and other Obama administration civil liberties and national security actions he hates, he would not vote for Obama. Now, as a libertarian Friedersdorf has a natural candidate in Gary Johnson anyway. But the resulting debate has been quite interesting, with Friedersdorf maintaining that everyone has “deal-breakers” that would lead them to go third party even if they believe the candidate of their party would ultimately be better than the other party’s candidate, while others argue back that the only responsible choice is to vote for the lesser of two evils in almost any circumstance.

Perhaps the best of the arguments made in response to Friedersdrof was by Jamelle Bouie, who argues:

If you want the American political system to become more responsive to the concerns of civil libertarians, you have to make it more responsive. And you do that by utilizing the tremendous influence available to dedicated interests within the system. The two parties aren’t particularly centralized — they draw their talent and resources from smaller state parties, who in turn draw from local and county parties. It’s possible for a dedicated group of people to take control of a local party, field a candidate, win, and expand outwards. It’s hard work — and a lot of time and persuasion — but it can happen.

The larger implication here is that voting just isn’t that important in large democracies. That’s not to say that elections don’t matter, of course; by Election Day, when the two choices are in front of you and the electioneering is over, the vote is the last thing that makes a difference.

But voting is an incredibly weak signal. Take, for example, Friedersdorf’s vote for Gary Johnson. Suppose that Barack Obama is reelected (seems to be what Friedersdorf wants) while Johnson’s totals surge a bit. How would Obama interpret that result? Well, first of all, he might simply believe that Johnson voters were libertarian-leaning Republicans who didn’t like Mitt Romney. If he believes that, he might think that he should continue on the same exact path. He might even believe that drone strikes and civil liberties violations helped him by pushing Romney to top his policies, thus alienating Republican-leaning libertarians. And in fact, that might be what’s actually happening here! Or Obama may feel that he lost those votes, but might blame it on the economy, or on drug policy, or any of a dozen other issues.

So if anyone really wants to have any political effect, what’s needed is to go beyond just voting – it is necessary to get involved in a political party or an interest group, although I’ll focus here on party politics.

Once you get properly involved, however, you find that in order to get anywhere you must play coalition politics. Suppose you care about civil liberties and want the Democratic Party to take a tougher stand against Bush-era violations (and I fully agree with Friedersdorf that the Obama-era Democrats have been disappointing on those issues). Well, you can’t just do that in the abstract. You’ll need to be dealing with the pro-choicers, and the unions, and African-Americans, and environmentalists, and the single-payer healthcare folks, and more and more and more, both as organized groups and as individuals who care about various issues or who care about their group interests.

And that’s hard. In fact, and this is one of my favorite quotes about politics:

Coalition politics is not easy.  When you feel like you might "keel over at any minute and die," when "you feel threatened to the core," then "you're really doing coalition work."

That’s from Bonnie Honig, working from an essay by Bernice Johnson Reagon. It undermines the Friedersdorf choice entirely. Because if you’re really doing coalition work – if you’re really doing politics – you’re not thinking in terms of “who should I vote for?” Instead, you’re asking who we are voting for, and by election time you’ve already negotiating not only whom “we” are supporting, but, more important, who we are. And part of the pain of it is that, yes, it sometimes means supporting someone you don’t like, or someone who advances politics you don’t like.

It’s not just that you may have to cut deals that involve sacrificing what you think of as your principles. It’s that real coalition work – real politics – involves taking other people, their beliefs and cultures and values and preferences and passions, seriously. It involves trying to see the world as they see it. And that may expose you to their pain, and even the possibility that you (or at least folks in groups you identify with) caused some of that pain. It may involve finding out that people within some group you’ve always thought you identified with are actually radically different from yourself, and don’t even consider you one of them. It involves allowing for the possibility that you won’t come out of politics the same way you went into it. That takes more than a little courage.

The rewards, however, are potentially enormous, because, as Bouie says, it really is possible for relatively small groups to have real effects on a political party, even in a very large nation. So if you really do want to see change happen, it’s well worth it.

Because otherwise you’re just an individual. And, like it or not, one individual in a nation of 300 million isn’t going to mean squat when it comes to politics. All that one individual can do is vote. And that’s just not going to do very much.