Breitbart documentary gets R rating because of liberal censorship (and swearing) 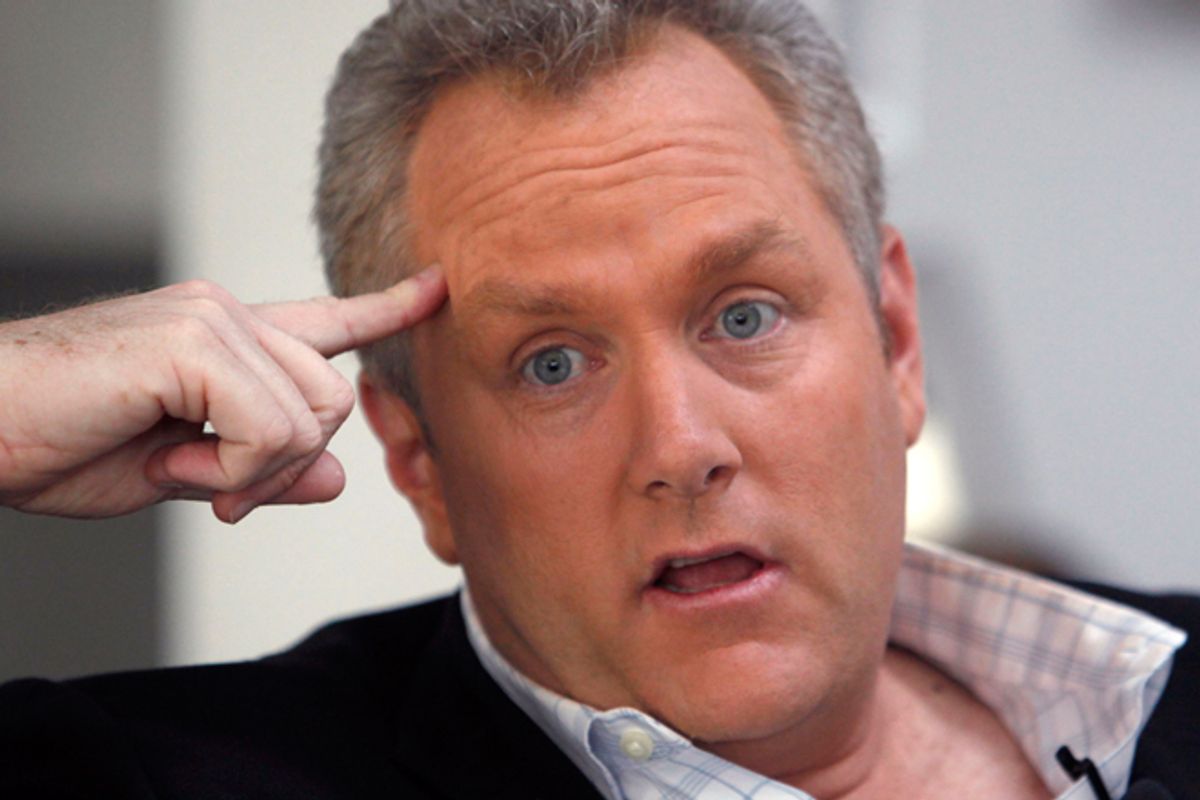 David Martosko*, executive editor of Tucker Carlson's Daily Caller, has a hot story. Apparently, "Hating Breitbart," the documentary about the late conservative media provocateur Andrew Breitbart, received an R rating from the MPAA. Because of liberals -- worst of all, Hollywood elite liberals -- disrespecting Breitbart, even in death.

I could basically quote all of this.

Producers of the biographical documentary “Hating Breitbart” got news last week that their film received an “R” rating from the Motion Picture Association of America. And with that move official Hollywood, long the preserve of liberal culture warriors, has had what appears to be the last laugh on the late Andrew Breitbart.

For shame! And we all know that the MPAA is basically the very epitome of decadent liberal Hollywood. Those liberals love their all-powerful, unaccountable, puritantical and frequently homophobic censorship board! But what rationale did those godless elites at the MPAA give for assigning an R rating to this Very Important Film about a Great American? Swearing, apparently. Andrew Breitbart just swore, all the time. Here's the film's director, speaking exclusively to the Caller:

“If anything the ‘R’ rating should be a result of the gutter behavior of the Congressional Black Caucus and their enablers in the progressive institutional left media,” Marcus added in a later email. “The hatred aimed at Andrew and the tea party was pornographic!”

What? It is good to know that while Breitbart may be gone, his impossible to parse, stream-of-consciousness style of rhetoric lives on. If you're going to give this film an R, it should be because of reverse-racism from black members of Congress, and not because almost every other sentence Andrew Breitbart said was "fuck you."

Anyway the film originally had nine swears, and now it has four, but the MPAA thinks that is still too many.

The MPAA's ratings system is intentionally opaque, but there are a few specific rules. And swear words are a big part of those rules.

A motion picture’s single use of one of the harsher sexually-derived words, though only as an expletive, initially requires at least a PG-13 rating. More than one such expletive requires an R rating, as must even one of those words used in a sexual context.

One "fuck" is an automatic PG-13. Any additional "fucks" are an automatic R. This is why "Waiting for Guffman" and "Once" are both oddly rated R. (Not even "The Pat Tillman Story" -- a documentary about a much more interesting and worthy figure than Andrew Breitbart -- won its ratings appeal.)

In order to suggest that this was a political decision, Marcus and Martosko cite a couple of PG-13 movies with swearing in them, some of which have the one allowed fuck, some of which, like "Iron Man 2," feature bleeped "fucks," (there's an answer for you!), and a couple that get two "fucks" in there, because sometimes the MPAA allows more than one, following a two-thirds vote of the ratings board. Four, though, is probably pushing it.

*Disclosure that the Caller always forgets to add: Martosko is a former "senior strategist" for Berman and Co., a "communications firm" that specializes in manufacturing misinformation and biased research on behalf of (mostly evil) secret corporate clients.