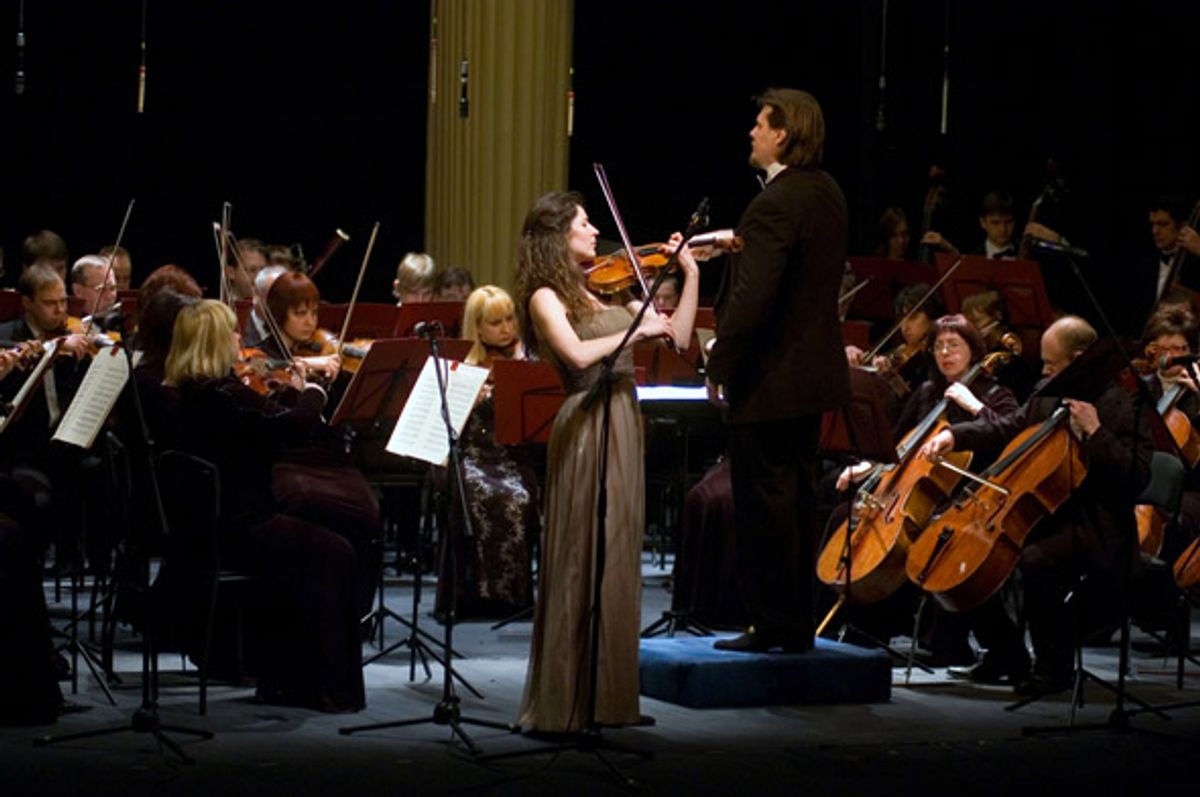 Do your palms get sweaty as you’re about to make a public presentation? Does the thought of being judged make you jittery?

Specifically, breathe deeply, from your diaphragm, for a half-hour before stepping into the spotlight.

This easy exercise produced positive physiological results for a group of 46 musicians, impacting their heart rate in welcome ways. Furthermore, it left the most anxious among them reported feeling noticeably less tense.

Biofeedback? Not necessary, according to the University of Sydney research team led by psychologists Andrew Kemp and Ruth Wells. Deep breathing alone did the trick.

In the online journal PLOS One, the researchers describe an experiment that featured five string players, 30 wind or brass players and 11 trained singers, all of whom were hooked up to a device that measured their heart-rate variability. Previous research has found this is a good measure of emotional stress, with anxious individuals experiencing less variability in beat-to-beat changes.

After completing a questionnaire to determine their base anxiety level, and given five minutes to prepare, they were instructed to sight-read a tricky passage of complex, 20th century classical music.

The musicians were accompanied by a taped piano performance, which they were expected to keep up with. To intensify their stress, they were told to keep going if they made a mistake, “and to remember that interpretative quality was important.”

Afterwards, the musicians were assigned to one of three groups. One-third performed a slow-paced, deep-breathing exercise for 30 minutes. Another third did the same, with the help of biofeedback equipment that indicated their level of heart-rate variability. The final third simply read and relaxed.

They then performed an equally tough piece of music under the same conditions. When finished, they filled out the anxiety questionnaire one last time.

The results provided “evidence for the efficacy of a slow-breathing protocol,” the researchers report. Specifically, those who did the breathing exercise experienced higher levels of heart-rate variability using two different measures.

And among musicians who reported feeling tense after the first performance, those who did the breathing exercise were less anxious before Round Two than those who simply sat around and read. This was true whether or not the deep breathers were aided by using the biofeedback equipment.

These results suggest deep breathing “may allow participants to better regulate physiological arousal prior to music performance, and to perform more competently,” the researchers conclude. “Slow breathing may have clinically relevant effects for performing musicians who suffer from anxiety.”

The researchers note that this decrease in anxiety was the result of a single session, and they suggest that the results may be more robust if such relaxation techniques became a habit.

So, before reaching for the beta blockers, anyone facing an anxiety-provoking situation might want to try an extremely low-cost alternative, guaranteed to not produce any negative side effects. Perhaps the simplest way to let go of fear is to just exhale.