Joe Biden to the rescue? 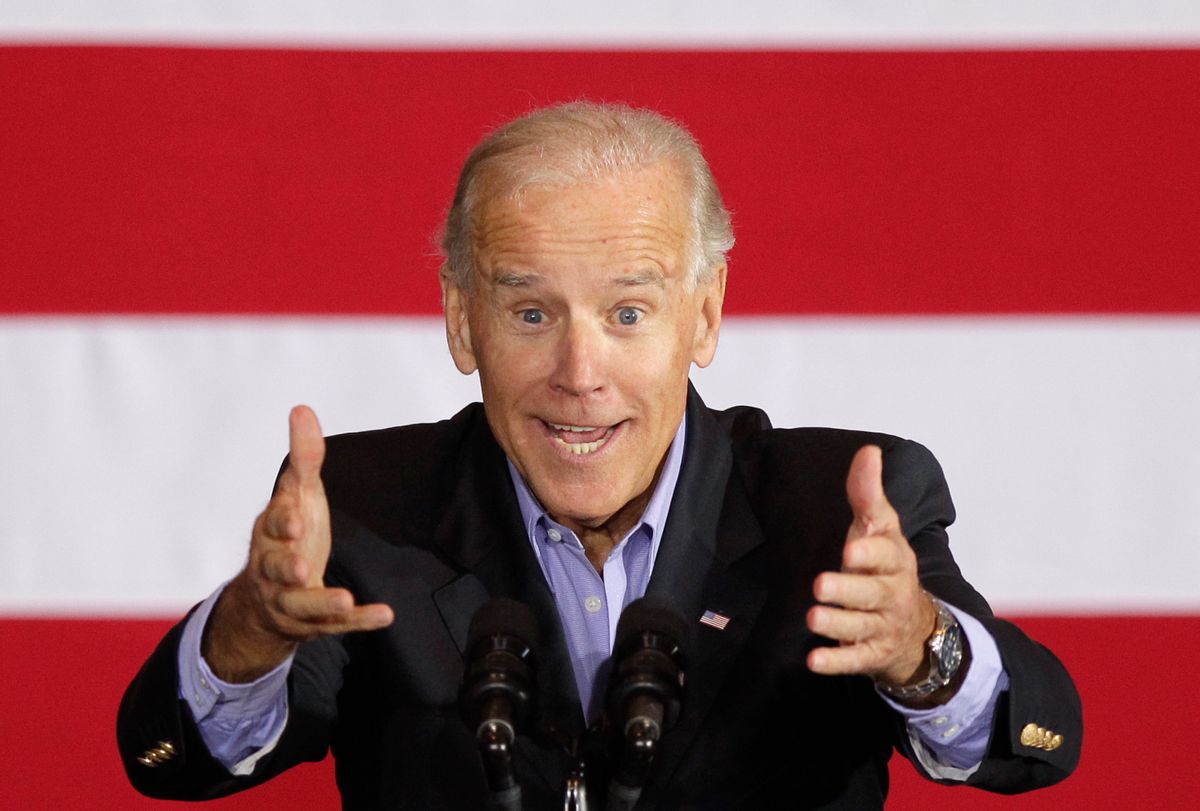 It’s no guarantee that he’ll succeed, but the setup is kind of perfect for Joe Biden: a chance to show tens of millions of Americans who watched in bafflement as President Obama rolled over for Mitt Romney in Denver what a real debater looks and sounds like.

Later this week, Biden will share the stage with Paul Ryan for the vice-presidential debate. It’s still unclear what (if any) polling damage the Democratic ticket sustained from Obama’s listless performance, but at the very least it’s fair to say that Democrats are more apprehensive than they were before Denver. Romney last week mixed broad-stroke rhetoric and confident, if factually flawed, assertions to paint himself as an utterly reasonable, swing voter-friendly moderate – exactly the sort of widely acceptable vehicle for economically anxious swing voters his campaign is predicated on appealing to.

Obama’s refusal – or inability, or strategic reluctance, or whatever it was -- to pounce on any of the many openings Romney gave him during the debate flummoxed Democrats (in some cases, comically), and left them wondering what will happen if the president doesn’t step up his game in the next two showdowns.

But before he and Romney meet again on Oct. 16, their running mates will get 90 minutes in the national spotlight. For Biden, this Thursday’s debate offers three specific opportunities:

1) The chance he didn’t get in 2008: Four years ago, Biden was part of one of the most-watched political debates in history, but Americans weren’t tuning in for him. Sarah Palin, and the possibility that she’d suffer an on-air meltdown, was the draw, and Biden was forced to tread very carefully. This time around, he’ll be free to be himself, to draw forceful contrasts and to challenge Ryan directly on the false claims that Romney made and the missing details (which deductions, exactly, are on the table?) that the GOP ticket has avoided providing thus far.

A caricature of Biden as everyone’s crazy uncle has taken hold the last few years, and his skills as a communicator and debater tend to go unappreciated. But it’s worth remembering that he essentially debated his way onto the Democratic ticket in ’08, with a series of powerful primary season performances that left an impression on Obama and his team (even if they didn’t win over many voters). Going a bit further back, Biden enjoyed a reputation as a star orator during his first bid for the presidency, back in the 1988 cycle. His failure to attribute to Neil Kinnock a particularly moving passage he recited during a debate helped sink his candidacy, but Biden’s skill at communicating with voters was impressive in that race. He has a chance this week to change his image a bit with millions of voters – and his own party.

2) Stall any GOP momentum: Biden is a far more skilled debater than Obama, and he finds himself matched against a particularly ripe target – the author of a far-right budget blueprint that’s become gospel within the Republican Party and that Democratic candidates across the country are eagerly running against. In other words, he has a chance to deliver the performance that Democrats were expecting from Obama. If he pulls it off and is perceived by the media as the winner, then whatever momentum Romney generated from his showing last week (again, if there is any) will probably stop. Parallels have already been drawn to 2004, when Dick Cheney was generally perceived as the winner of his debate with John Edwards, an outcome that seemed to help right the GOP’s ship after George W. Bush’s shaky performance in his first debate with John Kerry.  “Democrats back on track after strong Biden showing,” is the sort of headline Biden has the opportunity to generate this week.

3) The 2016 thing: That last point ties directly to this one. It’s no secret Biden harbors hopes of winning the next Democratic presidential nomination, four years from now. If Hillary Clinton runs, there’s a good chance he’ll stay away from the race, but if she doesn’t, then he’ll have a not unreasonable chance of securing the nod for himself. If he lands some real, substantive punches on Ryan and is credited with undoing the damage Obama did to the ticket last week, Biden’s standing within his party – and his plausibility as a ’16 candidate – will rise.

It’s not a perfect parallel, but the example of Lloyd Bentsen is worth keeping in mind. Bentsen was only a year younger than Biden now is when he debated Dan Quayle in ’88, and until the cameras turned on, Bentsen was hardly a beloved figure in the Democratic Party. (He’d actually run a brief and disastrous presidential campaign in 1976.) But his devastating takedown of Quayle provided the lone bright spot of the ’88 campaign for Democrats and made Bentsen something of a folk hero within the party – enough that there were loud calls for him to run for president four years later (entreaties Bentsen resisted).

Again, it’s possible that Biden will fall flat on his face Thursday, or that his performance will fall somewhere in the forgettable middle. But after 40 years in national politics, he has an unusual opportunity both to alter his own image and to enhance his future political prospects.