Medicine man Francis Nez is accused of sexually abusing members of his own family. He's not the first 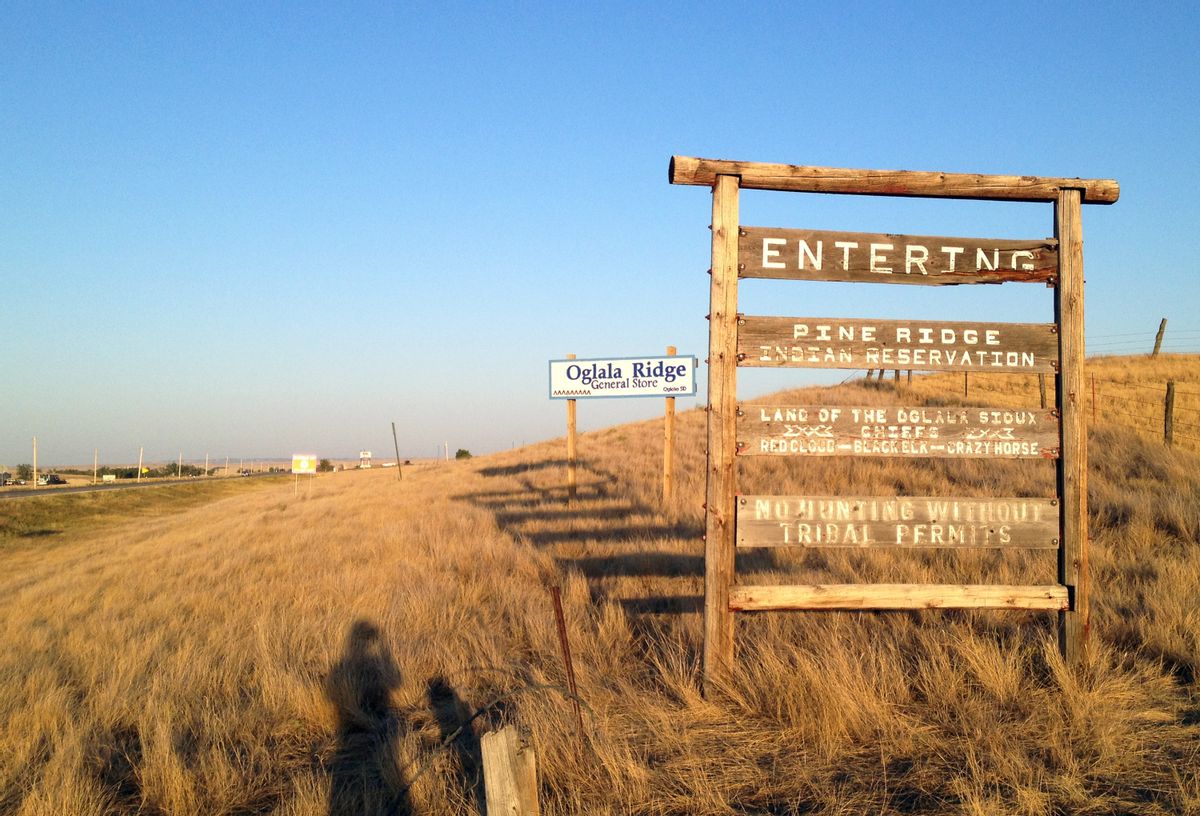 In Native American culture, a medicine man is revered as both a spiritual and physical healer. So when Karl Gillson, the District Attorney in New Mexico’s McKinley County, found himself prosecuting a Navajo healer for sexual abuse he recognized how much was at stake.

“(In our culture), the medicine man is at the top of the social hierarchy,” says Gillson, who is of Navajo descent.

“When healers breech the trust placed in them (and) prey on others wearing the cloak of health and harmony, it increases my passion to personally prosecute the case.”

What troubled Gillson was that Nez hadn’t been the first. At least two similar cases have occurred in the vast Navajo reservation spanning four states in the U.S. Southwest—the country’s largest autonomous reservation—over the past decade.

Herbert Yazzie was convicted in 2007 of raping his pregnant daughter-in-law during a ceremony she requested in 2000. Five years earlier, in 2002, 68 year-old David Filfred was convicted of raping a 15-year-old girl, who became pregnant.

According to Gillson, the fact that some of the most revered people in the enigmatic Navajo culture have been accused of rape exacerbates the lawlessness—including disrespect for women—that pervades many Indian reservations across the country.

Sexual abuse is already endemic in what Native Americans refer to as “Indian Country.”

In 2010, the Navajo Nation reported 336 rapes, according to the FBI Uniform Crime Report. Although this was a slight decrease from the 374 reported in 2009, the Navajo Nation—with a population of about 174,000—continues to experience one of the highest numbers of reported rapes in the country per capita.

And even that may not reflect the real extent of the problem.

Mike Harrigan, supervisory resident agent for the FBI in Gallup and Farmington, NM, which border the Navajo Nation, acknowledged in an interview with The Crime Report that accurate figures are hard to obtain because many tribal authorities, who have primary jurisdiction over criminal justice on the reservation don’t have adequate record-keeping facilities—and don’t always report all crimes to federal authorities.

While there is little doubt that sex crimes on reservations are pervasive, he says, “the data purity is not there.”

Adding to the complexity, crime in Indian lands is affected by complex jurisdictional issues. Tribes operate their own courts and law enforcement, but the federal government is empowered to investigate and prosecute serious crimes such as rape and murder—but only if they are called in by tribal authorities.  Misdemeanors, including domestic violence, fall under tribal jurisdiction unless a non-Indian is involved.

Alcohol and drug abuse are often blamed for the high crime rates on reservations, but tribal authorities are also frustrated by the lack of effective law enforcement.

After a rash of sex crimes against children on the Spirit Lake Sioux Reservation in North Dakota, the federal government reportedly moved to take over the tribe’s social services programs. Spirit Lake, has the highest proportion of sex offenders in the country, prompting Molly McDonald, a former tribal judge, to complain in an interview with The New York Times that the lawlessness “is considered so normal.”

A Threat to Faith

The cases  against native healers present a special problem, because of the unique power and authority they hold in native communities.

Anthony Lee Sr., president of the Hataalii Association, compares the situation to the revelations of sexual abuse by Catholic priests.

“Even though only a handful (of medicine men) don’t adhere to the fundamental laws established by the Holy People, these abuse cases have a negative reflection on all healers,” he says.

In a culture comprising poor and isolated native communities, medicine men are uniquely in a position where they can abuse their authority without fear of reprisals.  Many Navajo traditional believers are loathe to report abuse because of family and community pressures—or even the threat and fear of witchcraft.

The young girl who was victimized by David Filfred in 2002 was reported to have told authorities that she feared the medicine man would put a spell on her if she revealed what had happened.

Just as disturbingly, some cases of abuse derive from long-standing practices that have been grudgingly tolerated for years. Several families have claimed  privately that healers have demanded payment for their services not just with rugs, jewelry or livestock but with a daughter—sometimes as young as 12.

One traditional Navajo woman, who declined to be identified, said such abuses were part of a pattern of disturbing behavior for years among men in tribal communities, where multiple sex partners were common, and “if a man wanted a woman, he would just take her.”

Some observers, including Native Americans themselves, wonder whether the historic discrimination against Native peoples  has perversely spawned a culture that rejects modern values such as respect for women.

Gillson, for instance, speculates that some of the criminal sexual behavior on the Navajo reservation stems from “boarding school” culture—when young people were forced to reject their traditions and adopt to white ways.  Sexual abuse of Native students was rampant, creating a  multi-generational cycle of deviant sexual behavior.

He performs  a  ceremony called the Enemy Way to help persuade victims to agree to prosecute abusers.

Aimed at preparing warriors for battle, the ceremony  has been used by Navajo soldiers before being deployed to Iraq or Afghanistan.

"I won't tell you what I do but I do prepare traditionally before some trials," he said.

He also advocates spiritual guidance to victims and their families if he sees they are in need.

"When I have a serious crime, I become very close to my victim as a district attorney and a human being," he said. "I realize their spiritual foundation and do encourage prayer."

Adding to the importance of prosecuting such cases, medicine men are now recognized officially as healers in the larger society. Healing ceremonies, some of which can run into thousands of dollars, are covered by some insurance carriers in the Southwest and are subsidized by the federally funded Indian Health Service Hospital in Gallup.

Lee of the Hataalii Association worries that unless abuse cases are prosecuted swiftly, more young people will reject the tradition—further deepening the alienation which he feels has contributed to so many of the problems on the reservation.

“We are in the business of healing, not abusing,” Lee said.