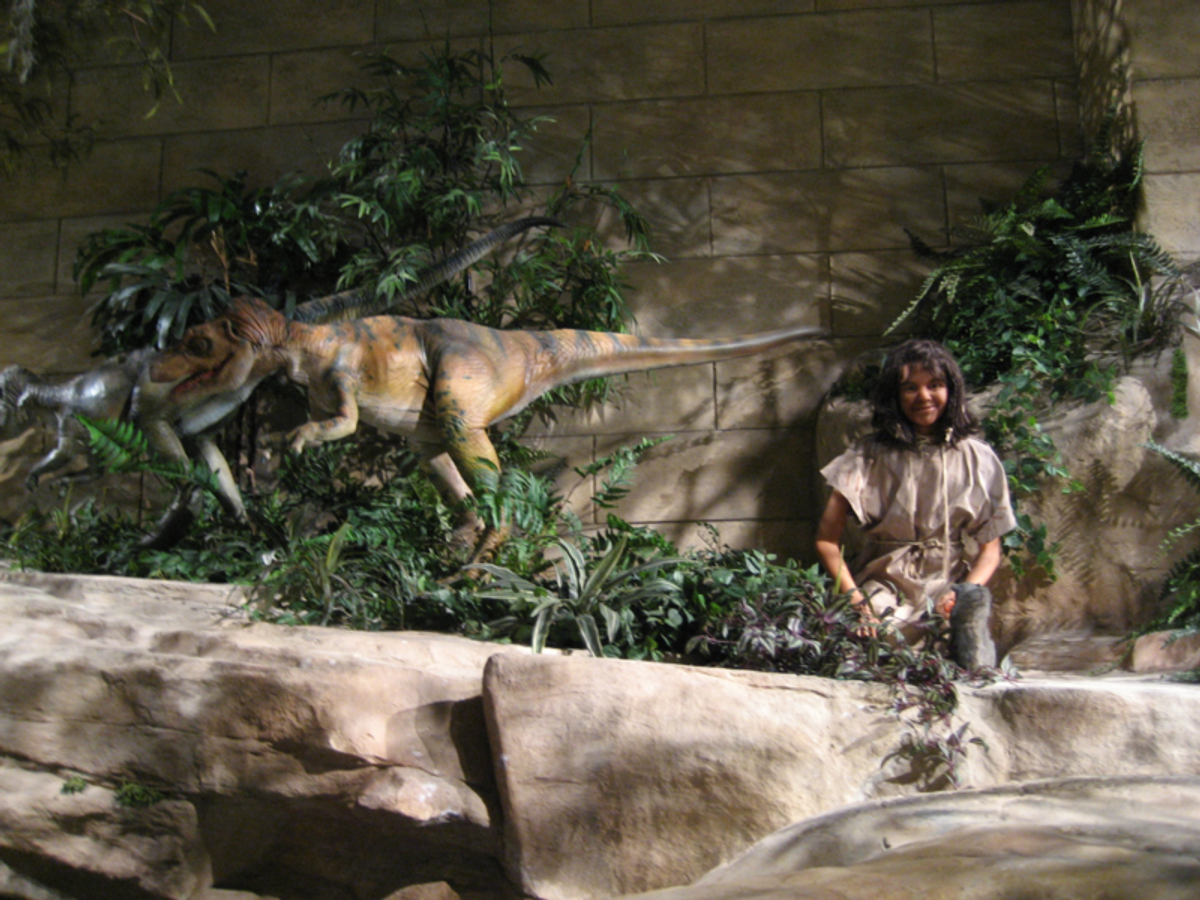 An exhibit in The Creation Museum, Kentucky, showing man co-existing with dinosaur (Wikimedia)
--

When John Freshwater was fired from his job as a science teacher at an Ohio school earlier this year, it was not just because he propounded creationism. He also pushed a Christian view against homosexuality and, according to reports, used a Tesla coil to burn the image of a cross on students' arms.

Now Freshwater has appealed the case to the Ohio Supreme Court. As Raw Story reports, secular and science groups in the state and beyond are urging the court to uphold the school board's decision.

"Freshwater’s pedagogy serves no legitimate educational purpose in a public school science class, is scientifically unsound, and serves only impermissibly to advance a sectarian purpose, namely, to teach creationism in its tradition version of ‘creation science’ or its modern incarnation of intelligent design,” National Center for Science Education told the court last week.

Freshwater's appeal rests on a First Amendment issue, but secular opponents insist this must not trump separation between church and state when an individual is working as a state employee.  Americans United for Separation of Church and State argued, "Simply put, public-school teachers do not have a constitutional right to impose their faith on their students."

In 2008 the former teacher was sued for branding a student with a cross using a high voltage Tesla coil -- a scientific device-- and the case settled for more than $450,000. Freshwater had defended his actions, arguing that he was marking an "x" on the student's arm as part of a scientific demonstration and that the process is not harmful. However, manufacturers of the a device told investigators that the coil should not be used on human beings.