In the debate, the president chose to lay off GOP extremism. Polls suggest he's paying the price 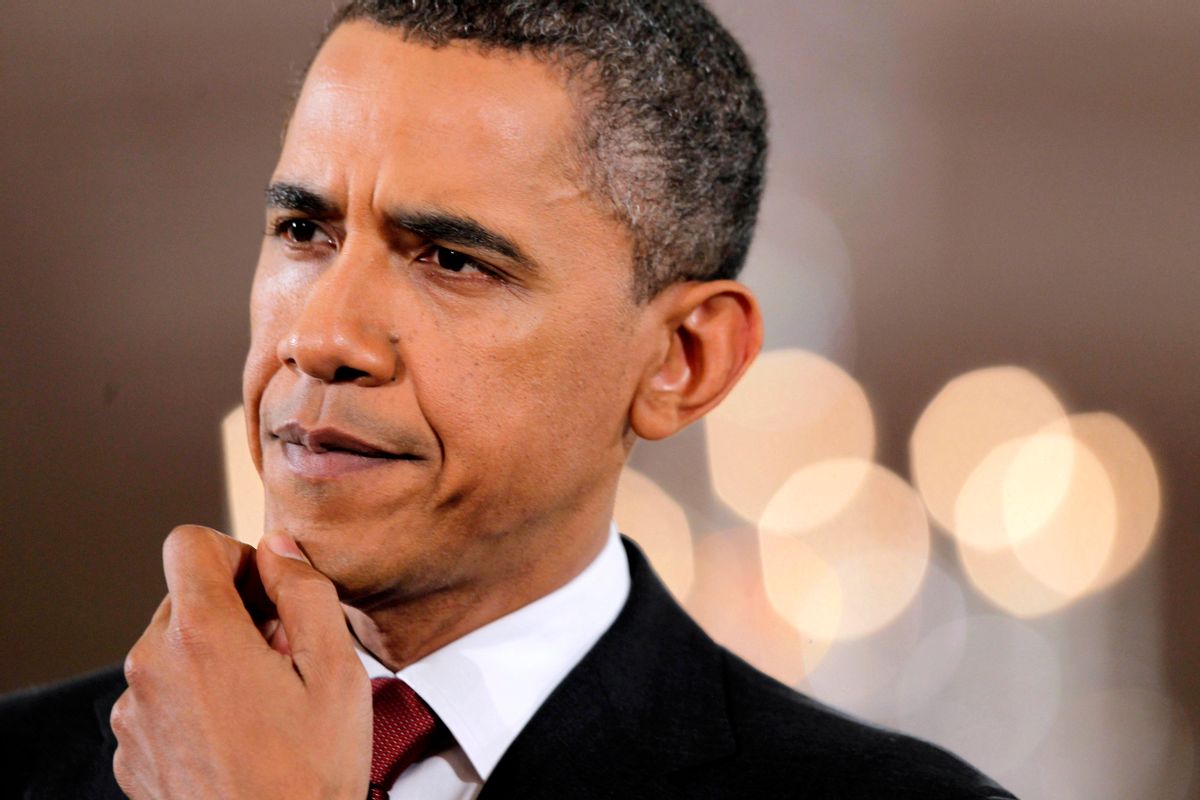 After weeks of polling showing Barack Obama leading nationally with female voters, sometimes by nearly 20 points, we now have at least two polls taken after last week's debate suggesting that Mitt Romney is narrowing the gender gap. Which leaves everyone who wondered why Obama missed the chance at the debate to define Romney as an extremist on women's issues (after the Democratic convention centered very successfully around such issues) feeling grimly validated.

Most prominently, a Pew survey found that Obama and Romney were now tied among likely women voters, compared to their mid-September poll, which showed Obama besting Romney with women by 18 points. And a PPP poll commissioned by Daily Kos and released today found that the president's 15-point lead with women had shrunk to 6 points.

Pew Center president Andrew Kohut offered a theory to Bloomberg News: “A lack of focus on social issues in the debate may have had something to do with it.” Those "social issues" include not just abortion (which is a deal-breaker issue for only a handful of voters and slightly skewed against abortion rights) but also access to contraception, equal-pay legislation and an overall attitude toward women (for which, see: Todd Akin).

Bloomberg also pointed out that in the Pew poll it was overwhelmingly white women who were deserting Obama, especially ones aged 18 to 49, 63 percent of whom sided with Romney. Here's a preliminary theory: Obama had been enjoying an unusual boost among a demographic that historically is open to voting Republican -- white women, especially married women. (The Pew poll didn't ask for marital status; PPP did not respond to a request to break out its numbers by race and marital status.) I'd argue that it's because the Democrats had for months been successfully portraying Republicans as extremists on basic issues of women's health and rights.

But the Romney that showed up to debate was not only more energetic than Obama -- he also seemed like a pretty reasonable guy, not the foaming-at-the-mouth misogynist depicted in Democratic messaging. Obama left women's issues off the table, and there was no way that Romney was going to do it for him. After all, abortion rights sank Romney's campaign in 1994, and only by swearing he was a moderate did Romney pull through in his second Massachusetts campaign.

By Friday, two days after the debate, Obama implicitly conceded he'd goofed up. There he was, talking up his women's health positions and his appointment of two women to the Supreme Court in Fairfax, Virginia. He even adopted the feminist line that reproductive health issues are also economic issues, saying there was something that didn't  "get enough attention in the debate other night, and that’s economic issues that have a direct impact on women." (Wonder how that happened!)

Obama touted the Affordable Care Act's women's health provisions, including no co-pay contraception, saying, "I am proud of it. It was the right thing to do, and we're going to keep it." He also jokingly tied in Romney's support for defunding Planned Parenthood with the similarly politicized yanking of PBS funding, the sole meme-generating moment of the debate: "Governor Romney said he would get rid of Planned Parenthood funding. Apparently, this, along with Big Bird, is a driving the deficits."

This seems like an unforced error, whatever the strategic calculation the Obama campaign had in mind. In 2008, Obama won women's votes by 13 points. It was female voters who made the difference in the Democrats' 2010 "shellacking," either by sitting the election out or by swinging Republican in a rough economy. We still don't have anywhere near enough data to know whether white female voters will come back or whether this is a temporary blip, but something tells me Joe Biden won't be making the same mistake on Thursday.