In a fierce speech, Julia Gillard rips into the opposition leader for patriarchal remarks 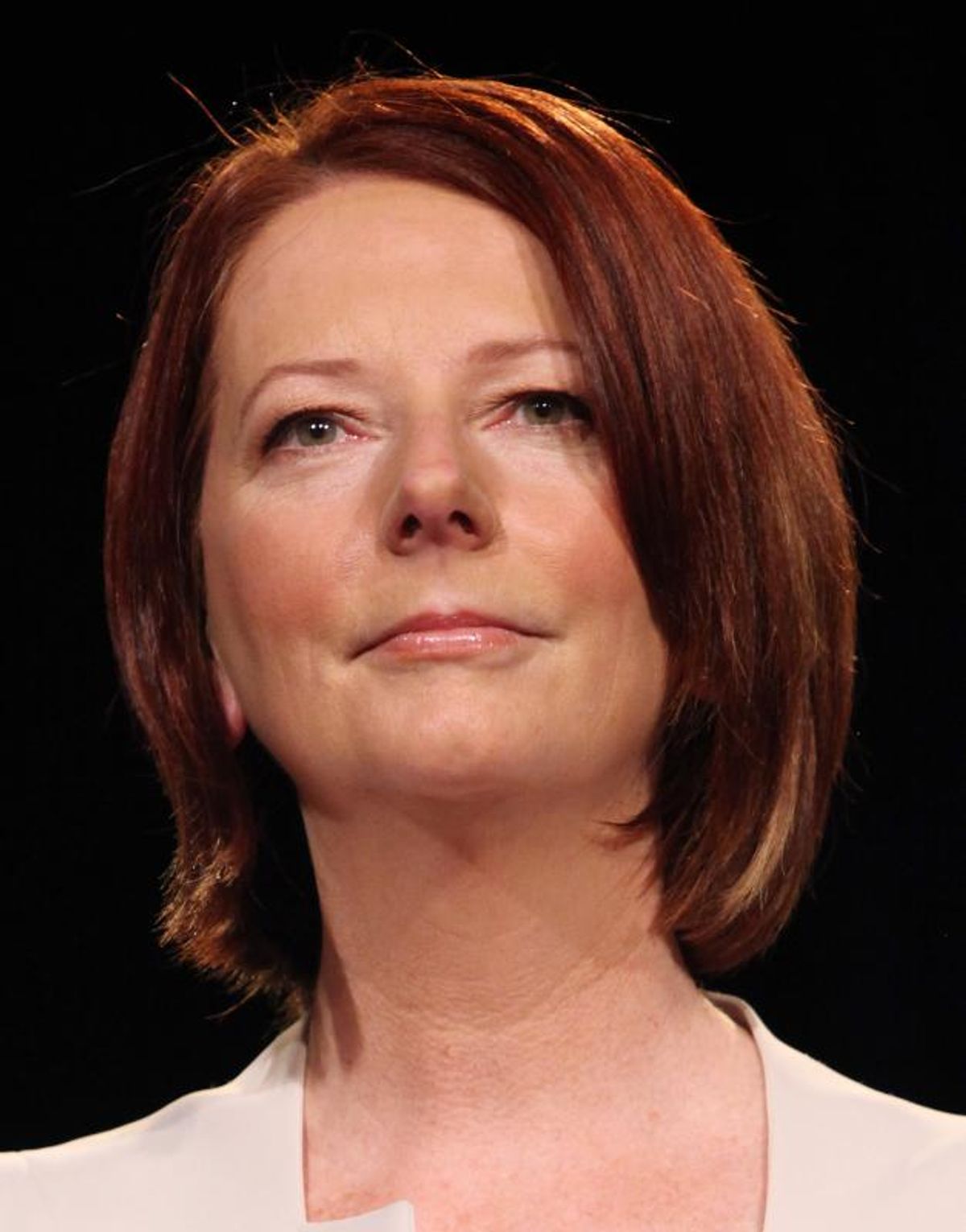 If only the U.S. could borrow Australian Prime Minister Julia Gillard to take on Congress's misogynist caucus. New footage from Australia's parliament shows Gillard is more than capable.

During a parliamentary session Tuesday, Gillard skewered opposition leader Tony Abbott for a career's worth of patriarchal comments. She tells the chamber that she "will not be lectured on sexism by this man" (pointing at Abbott). She goes on to list a number of Abbott's misogynist remarks, including his suggestion that men might be more adept at wielding authority than women.

Gillard's speech came in response to Abbott's call to have Australia's speaker of the house, Peter Slipper, removed after a scandal involving lurid text messages. As Salon's Mary Elizabeth Williams noted on Monday, Gillard has faced misogyny from a far wider base than just her parliamentary colleagues. Taking to Facebook to discuss education policies with the public, the PM was bombarded by trolls calling her a "slut."

We wonder if Gillard takes requests: Todd Akin, R.-Mo., and Allen West, R.- Fla., to name just a couple, could certainly use a similar treatment.