The "Girls" creator nabbed a staggering advance for an advice book. And we wonder why big publishers struggle 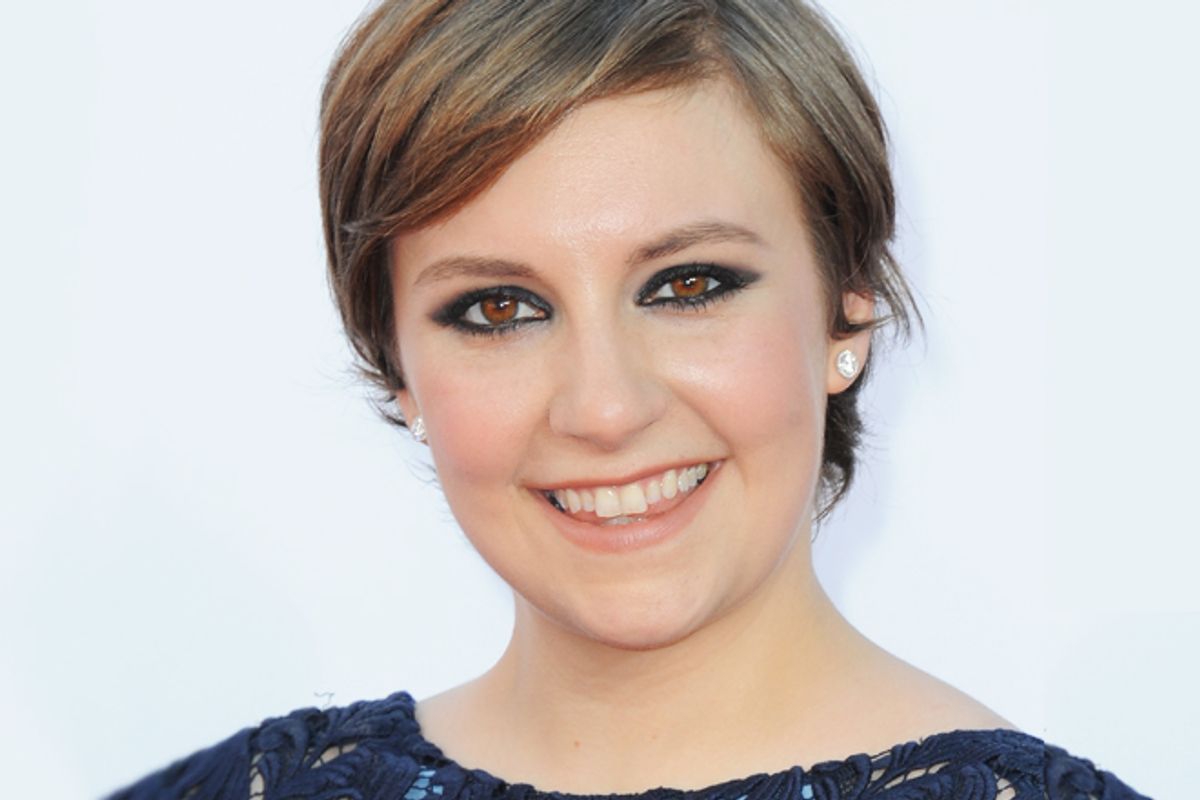 I like Lena Dunham. But her $3.7 million book deal with Random House, after a bidding war involving all of the major publishers, is emblematic of what is wrong with corporate publishing today.

My first publishing job, in 1987, was at Random House. Bennett Cerf’s publishing company, the home of Faulkner, Capote and Dr. Seuss, is now only one of a handful of “major” publishers, by which I mean publishers who are corporate, bottom-line-driven, freighted with massive overhead and generally reactionary. The Dunham deal smacks of a search for the "Barton Fink" touch -- as in, "get me the next 'Bossypants,' stat." I realize that Dunham is an easy target — she's only 26, from an artsy New York family and the creator, star and director of her own HBO show. And there is an element of sexism in the backlash — a young, strong, independent female scores a big deal — but I have no problem with her agent, Kim Witherspoon, shaking down the dinosaurs on her client’s behalf. It's what the market will bear. I imagine Dunham’s book will kick ass, yet it will also get its critical ass handed to itself because of the advance. If Random House is already hucking it as the next Tina Fey meets Nora Ephron meets David Sedaris (no pressure, Lena), then the critics will be expecting Fey meets Ephron meets Sedaris.

It has been reported that Tiny Fey received an advance of over $6 million for "Bossypants." A huge number, but at the time she already had nearly 10 years of "Saturday Night Live" plus two years of "30 Rock" under her belt, not to mention a visionary editor, Reagan Arthur, helping her. The genuinely sharp, funny and widely appealing "Bossypants" went on to sell more than a million copies. Rough math figures that Random House will need to sell a minimum of 500,000 copies of Dunham’s advice book to break even. Good luck with that.

Even if they do break even or if somehow every single person who watched the premiere of Dunham’s show “Girls” buys the book — all 872,000 of you out there according to Nielsen — is this any way to run a publishing company? Put aside the cultural impact question for a second. The whole approach seems short-sighted at best.

My publishing hero is Barney Rosset, the late, great founder of the Evergreen Review and Grove Press. Rosset was responsible for publishing Samuel Beckett, Pablo Neruda, Henry Miller, Jean Genet, William Burroughs and many other writers who have shaped our culture. They are also perennial sellers, forming a solid backlist that allowed Rosset to continually take risks and fight censorship battles. Rosset formed partnerships with his writers, was fiercely loyal to them and paid them small advances. But they were fighting the good fight together, and when the publisher made money, so did the writer.

Imagine what Rosset would have done with $3.7 million dollars? Let’s say he paid 370 writers $10,000 advances each. Odds are that 20 years from now, a handful of those books would have been cultural touchstones, each outselling Dunham’s advice book. Right now, off the top of my head, I could give you a list of 370 writers who would write books that would have longer lasting cultural impacts than Dunham's 15 minutes of publishing glory. Or, let’s be more generous and more selective: Let’s give 37 writers $100,000 advances. Most struggling writers I know would kill for that kind of advance and could easily stretch that amount out to finish their books. Let’s say only one of these writers turns out to be a Lorrie Moore, Dorothy Allison, Karen Russell or Denis Johnson. Over time, they would surely outsell Dunham. And if two of the 37 turn golden? Let’s be ambitious. What if there are five brilliant writers in the group -- roughly one out of every seven writers -- we’ve chosen to invest in?

This argument presumes time. Which is what corporate publishers don’t have. They have shareholders, parent companies or both, and they must justify their quarterly earnings. And this is why small publishers are thriving. Paul Harding’s 2010 Pulitzer prize–winning novel "Tinkers" was published by the micro-press Bellevue Literary after Harding was rejected by all of the major houses. There’s a good reason that small publishers like Graywolf, McSweeneys, Lookout Books, Soho Press, Wave Books and a handful of other indies are thriving and winning many of the awards the major houses used to regularly dominate. This is not to say that all of corporate publishing is dominated by versions of Lotto Fever and Ambulance Chasing. There are pockets of risk-taking, most notably with publishers like Calvert Morgan and his It Books, somehow hidden within the fortress of Murdoch’s HarperCollins; or Spiegel & Grau, a fiefdom inside the borders of Random House; or Reagan Arthur Books within Little Brown.

Yet Random House’s rash deal with Dunham is the rule, not the exception. These decisions are why the corporate publishers are losing cultural relevance and why they might soon lose solvency as well.