Does dining and posing for photos with the Wikileaks founder undermine Lady Gaga as a feminist icon? 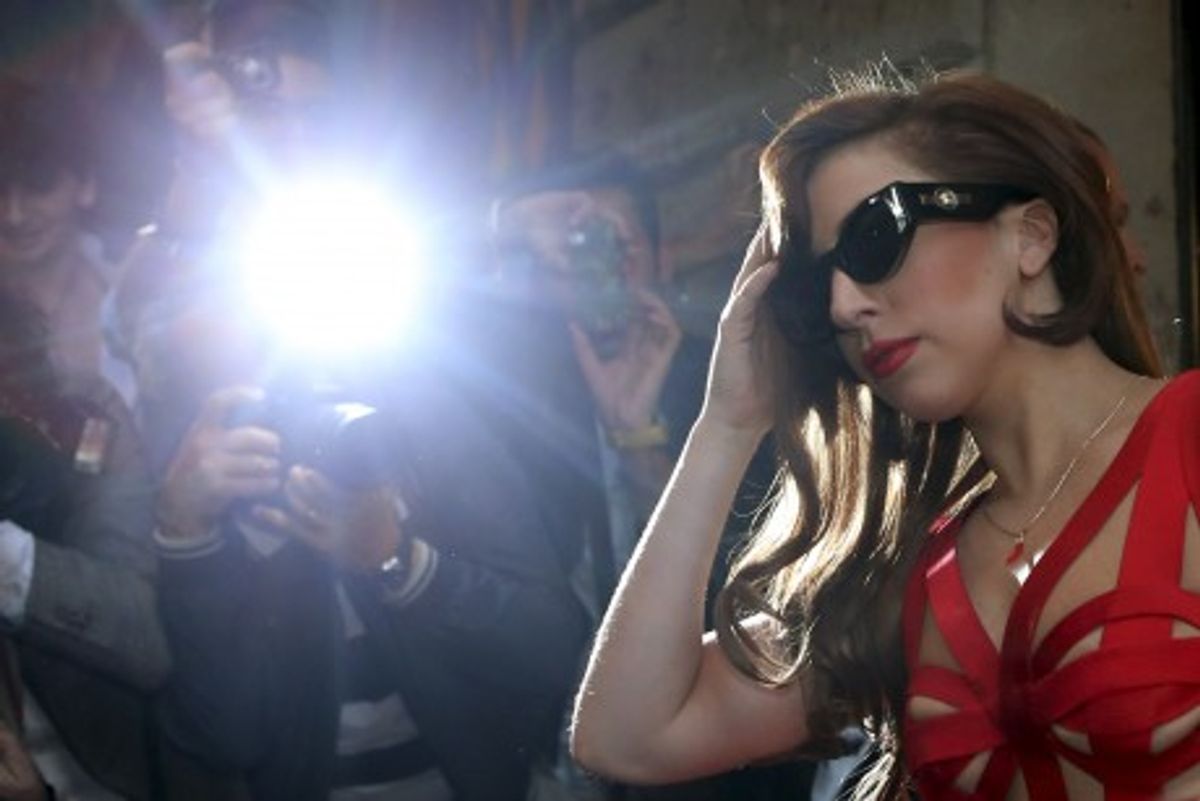 Lady Gaga met with Julian Assange Monday night at his Ecuadorian Embassy hideout in London, and no one really knows why. The two shared a five-hour, closed-door dinner Monday and posed for a grainy photo. In so doing, they caused an Internet furor.

The Wikileaks founder may have also been joined by singer MIA if a tweet exchange between the singer and Gaga is to be believed. Gaga, the most followed person on Twitter, was in London near the embassy to launch her new fragrance, Fame.

This is not Gaga's first connection to Wikileaks. In fact, when Pfc. Bradley Manning passed classified documents to hacker Adrian Lamo, the CD carrying the leaked information was labeled "Lady Gaga." Manning told Lamo via now-infamous chat logs, "No one suspected a thing ... [I] listened and lip-synched to Lady Gaga's "Telephone" while exfiltrating possibly the largest data spillage in American history." [h/t Atlantic wire]

Gaga's visit with Assange carries with it an extra controversy, however, given the singer's position as a pop-feminist icon. Despite being granted political asylum by Ecuador, Assange still faces extradition to Sweden over rape allegations. The Wikileaks founder's role in these disturbing incidents make him a bête noire to many serious feminists, despite his hero-status with much of the left.

Queer theorist, J. Jack Halberstam even coined a term "Gaga Feminism" to designate a new queer, sexually open feminism exemplified by the pop-star. Does Gaga's acquaintance with Assange threaten to undermine her position as a feminist icon? Or, as is perhaps the point of Gaga Feminism, does this incident just complicate matters further?

British journalist Laurie Penny, my colleague and friend, recently made a point that Gaga and her army of "little monsters" might do well to consider. She wrote, "Julian Assange should be held to account, and the system to do so fairly while protecting the work of Wikileaks does not exist, and anyone who believes in freedom needs to fight for both."