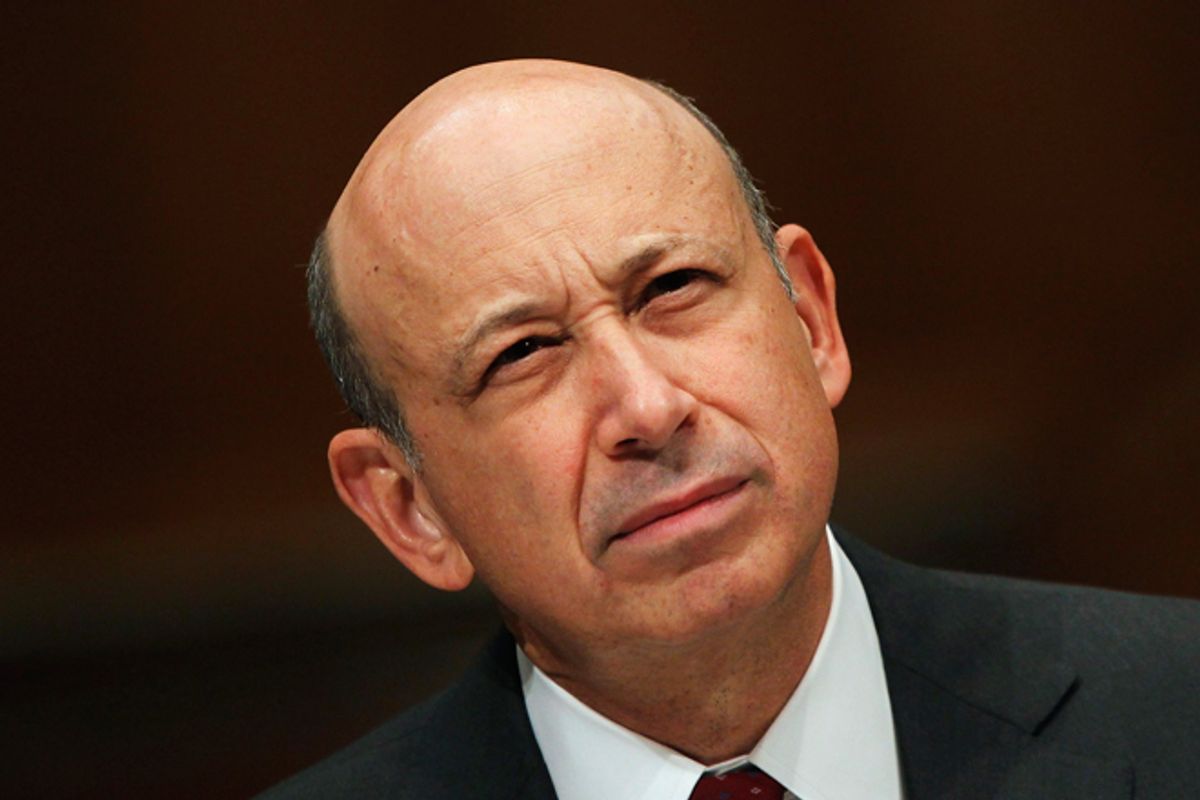 Money can't buy you a thick skin. That's the takeaway from a Wall Street Journal article published today that reports how Goldman Sachs turned against Obama.

The last straw for many came two weeks later. At the annual White House Correspondents Dinner, the president drew laughs at their expense. "All of the jokes here tonight are brought to you by our friends at Goldman Sachs," Mr. Obama said, referring to the SEC allegations. "So you don't have to worry -- they make money whether you laugh or not."

Goldman Sachs ought to have been pleased at Obama's crack -- it's more of an advertisement for their services than an insult. The mystique, and profitability, of Goldman Sachs is built on the company's ability to make money in any market. Goldman was the first big investment bank on Wall Street to figure out which way the subprime wind was blowing, and it got out of its most dangerous positions (often by dumping toxic waste on its own clients) well before its competitors. Getting called out by name by the president should be taken as a sign of respect!

But Goldman's pique at the White House was not limited to merely a bad sense of humor. The Wall Street Journal also reports that Goldman was angry that it wasn't more involved with cleaning up the mess that Wall Street created.

Resentments against the White House began, said senior Goldman executives, because the firm thought it would be consulted when the Obama administration began crafting regulations in response to the financial crisis. They weren't. Instead, they were surprised by a measure dubbed the Volcker rule, which would damage one of Goldman's lucrative businesses.

"They weren't" may be one of the funniest (if unintentionally so) lines the Journal has ever printed. One former Goldman Sachs CEO, Robert Rubin, was instrumental in pushing through laws that exempted Wall Street from the kind of regulatory oversight that might have helped prevent the crash. Another, Hank Paulson, led a lobbying effort in 2004 that resulted in a rule change that allowed Goldman and its colleagues the freedom to make bigger bets on derivative trades than ever before. Goldman's advice has been definitively proven to be disastrous for the country. Since when do we consult bank robbers on how to write laws against theft?

Never mind the jokes -- Goldman has done just fine under Obama. But it wants to do better, and that's what the stream of campaign contributions headed Romney's way is all about. Goldman Sachs will make more money under a president who will pass no law without making sure it passes Wall Street's smell test.