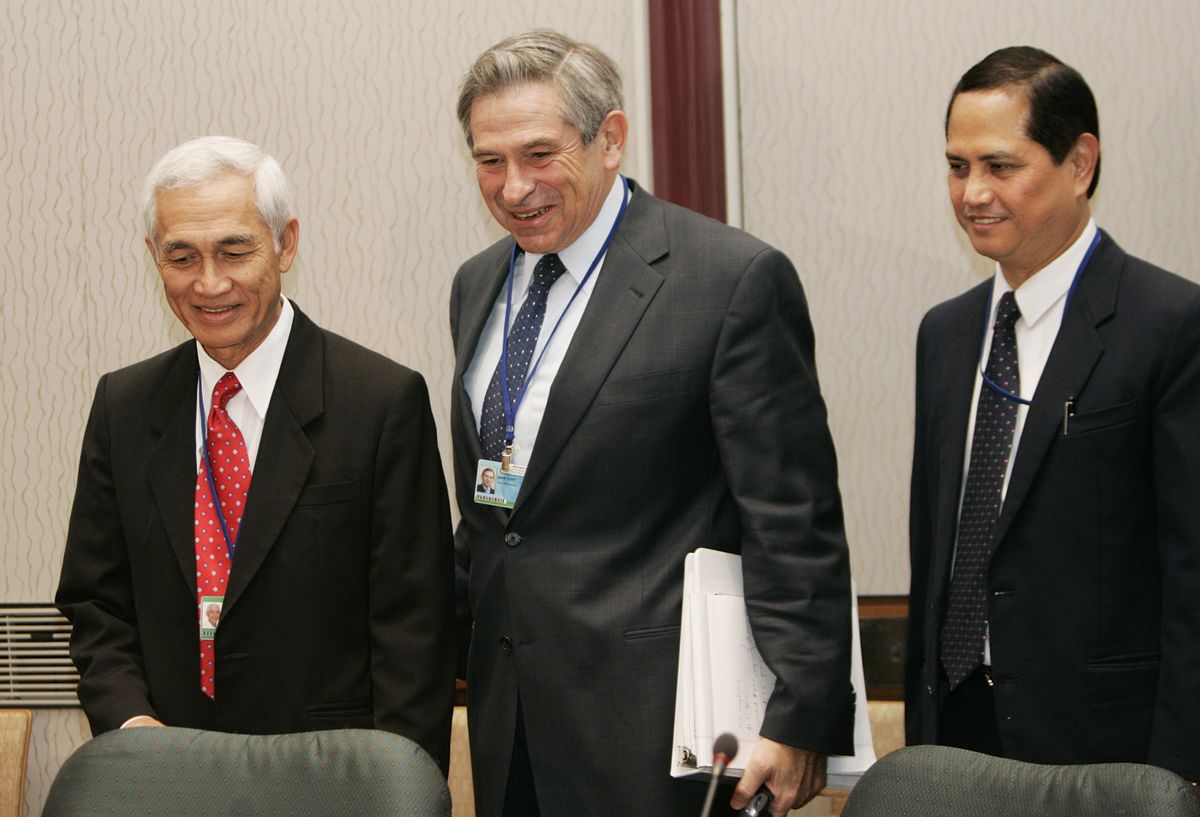 TOKYO, Japan — The International Monetary Fund has warned that the global economic recovery is in danger of unraveling unless policymakers in the U.S. and Europe move quickly to fix their economies.

That stark message came on the opening day of the IMF and World Bank's meeting in Tokyo, where thousands of officials, executives and bankers will hold six days of talks on how to end the crisis.

In its latest quarterly report, the IMF said global growth would slow to 3.3 percent this year, down from 3.5 percent in its last forecast in July. Next year growth is expected to slow to 3.6 percent, down from 3.9 percent. The fund warned that the risk of a return to recession in advanced economies was "alarmingly high."

It is the second time the IMF has cut its growth forecasts since April.

Hours before the German chancellor, Angela Merkel, was due to visit to Greece to discuss conditions for the next tranche of bailout funds, officials in Tokyo said the euro zone's woes and uncertainty over U.S. fiscal policy would continue to weigh on the international economy.

The momentum being created by central banks was not being matched by action from governments, the IMF said, adding that growth in advanced economies had failed to make a dent in high unemployment rates.

The fund's chief economist, Olivier Blanchard, said persistent problems in developed economies were having a damaging domino effect. "Low growth in advanced economies is affecting emerging and developing economies through exports," he told reporters in the Japanese capital.

But China, where growth forecasts have also been cut, is expected to avoid a potentially catastrophic "hard landing" after years of phenomenal growth.

"China's situation reflects weaker external demand," said IMF adviser Thomas Helbling. "We expect the Chinese economy to pick up, but if the global economy slows down more than anticipated, then it might have to take additional measures."

In its latest world economic outlook, the IMF said economic output was "expected to remain sluggish in advanced economies but still relatively solid in many emerging markets and developing economies."

The fate of the euro zone — namely Greece's ability to meet the conditions for a further cash injection and mounting speculation that Spain is next in line for a bailout — are expected to dominate discussions this week.

Greece will run out of money unless it secures another loan by the end of November. During negotiations with the troika of the European Union, the IMF and the European Central Bank, Greece has been given until Oct. 18 to agree to another round of spending cuts and tax increases in return for the extra cash.

Japan is most concerned about the impact the strong yen is having on its exporters, but as host, it will not have been pleased to hear IMF officials say that its recently approved rise in the consumption (sales) tax will not be enough to tackle its national debt, now more than 200 percent of its GDP.

"Japan must promptly define and enact clear and credible plans to return to fiscal sustainability over the medium term and buttress investor confidence," the IMF said in its Fiscal Monitor report. The sales tax increase, which will come in phases, "will not be sufficient to put Japan's record-high debt ratio on a downward path."

The biggest risk factors, though, are to be found in Europe and the U.S. Policymakers have warned that the American economy risks falling off the edge of a "fiscal cliff" of stalled economic growth unless it moves to prevent tax rises and spending cuts due to take effect early next year.

"A key issue is whether the global economy is just hitting another bout of turbulence in what was always expected to be a slow and bumpy recovery or whether the current slowdown has a more lasting component," the IMF report said.

It is hard to draw any positives from indications that this year will see global economic growth at its slowest since 2009, when it was dealing with the immediate aftermath of the financial crisis.

Blanchard said a "cloud of anxiety" would hover over the world's economy unless governments make adjustments to fiscal policy over the medium term.

Yet he identified causes for optimism in the U.S. economy, such as improvements in the housing market, and agreed with other analysts that China's slowdown is a sign that the world's second-biggest economy is returning to a more sustainable tack after recent double-digit growth.

"The case for an upside scenario is stronger than it has been," he said. In the wider context, much will depend on whether euro zone countries can settle their differences and come together to act decisively. "If the complex puzzle can be rapidly completed, one can reasonably hope that the worst might be behind us."

Attention will soon shift to G7 finance ministers and central bank governors, who are due to begin talks in Tokyo on Thursday.