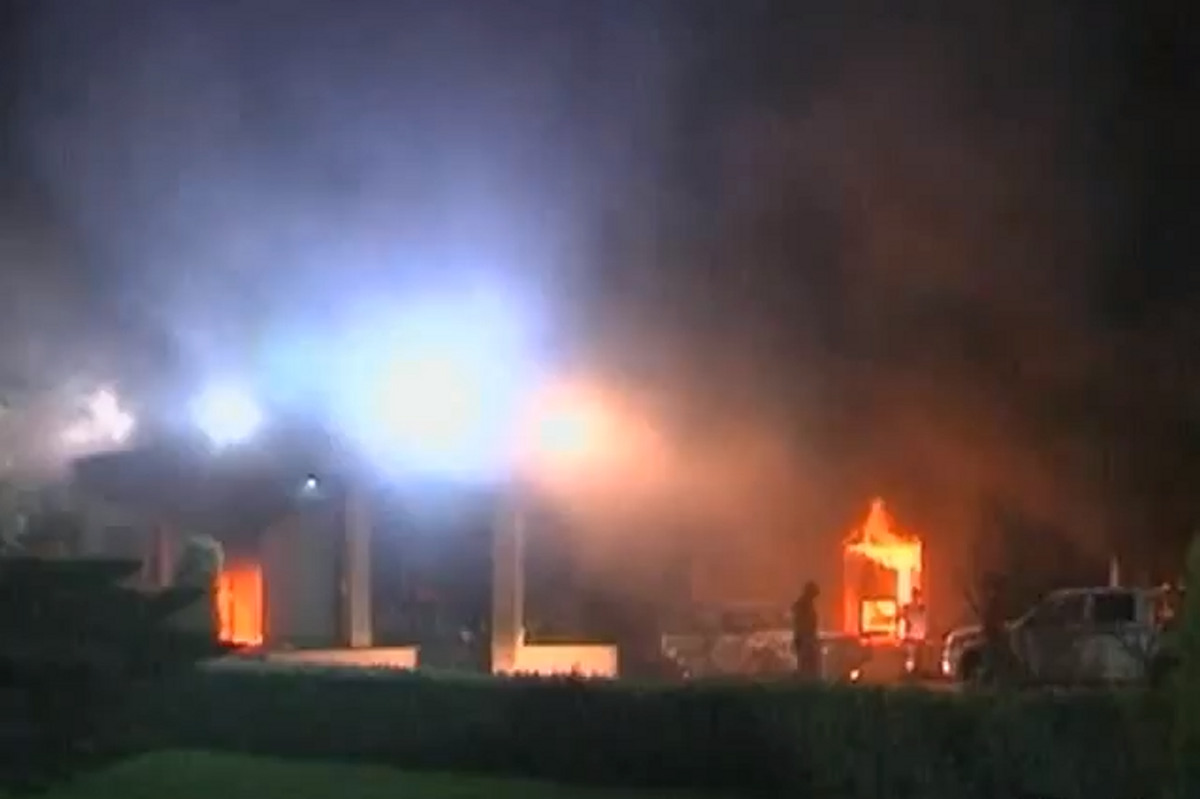 Fire burns in the U.S. consulate in Benghazi after the attack on Sept. 11 (Wikimedia/U.S. Army)
--

A Republican-led House committee will hold a hearing Wednesday looking at security in Libya in light of last month's attacks on the U.S. consulate in Benghazi during which Ambassador Christopher Stevens was killed.

The hearing will focus on any failures in security and intelligence that may have overlooked a militant threat from al-Qaida in the region. According to the New York Times, two senior State Department officials responsible for embassy security worldwide will testify, as will a former head of security at the United States Embassy in Tripoli and the former head of an American military team assigned to provide security at the embassy. A main subject of inquiry will be whether the State Department rejected requests from diplomats for increased security at the Libya mission after months of violent incidents.

The attack has become a fierce partisan arguing point in the last month and a focus of GOP barbs aimed at President Obama in advance of the election. As Salon reported last week, Republicans, including Sen. John McCain, have decried the administration for originally calling the attacks a response to the notorious anti-Islam video clip, and then later blaming a terrorist plot. On the eve of today's hearing, the New York Times noted, both parties accused each other of "exploiting the violence to score partisan political points." The Times reported:

Democrats and Republicans on the oversight committee traded similar accusations — that the other party had shown scant interest in dealing with the broader issues of intelligence warnings and security matters, and had focused instead on trying to show that their party was better equipped to address volatile and shifting national security challenges.

“Never in all of my years in Congress have I seen such a startling and damaging series of partisan abuses,” said Representative Elijah E. Cummings of Maryland, the panel’s ranking Democrat. “The Republicans are in full campaign mode, and it is a shame that they are resorting to such pettiness in what should be a serious and responsible investigation. We should be above that.”

Representative Jason Chaffetz, Republican of Utah and chairman of the panel’s subcommittee on national security issues, said the Democrats’ strategy was to “blame it on politics rather than addressing the nature of the issue.”

On Tuesday, in advance of the hearing, State Department officials spoke to press to give a detailed description of events in Benghazi during the attack. Reuters reported:

They described frantic and prolonged efforts to rescue the ambassador, Chris Stevens, from a smoke-filled "safe haven" inside the U.S. diplomatic compound in Benghazi where he apparently died of asphyxiation ... The state department officials said agents crawled on their hands and knees through thick diesel smoke to try to find the missing envoy, who somehow was transported out of the compound to a local hospital. The US government learned where he was after someone called numbers in his mobile phone, the officials said.

The officials maintained that there was nothing unusual happening near the Benghazi mission before the assault -- a claim that will no doubt come under scrutiny during today's hearing.