The polling company's surveys show unemployment dropping fast. Did the "Chicago boys" get to them, too? 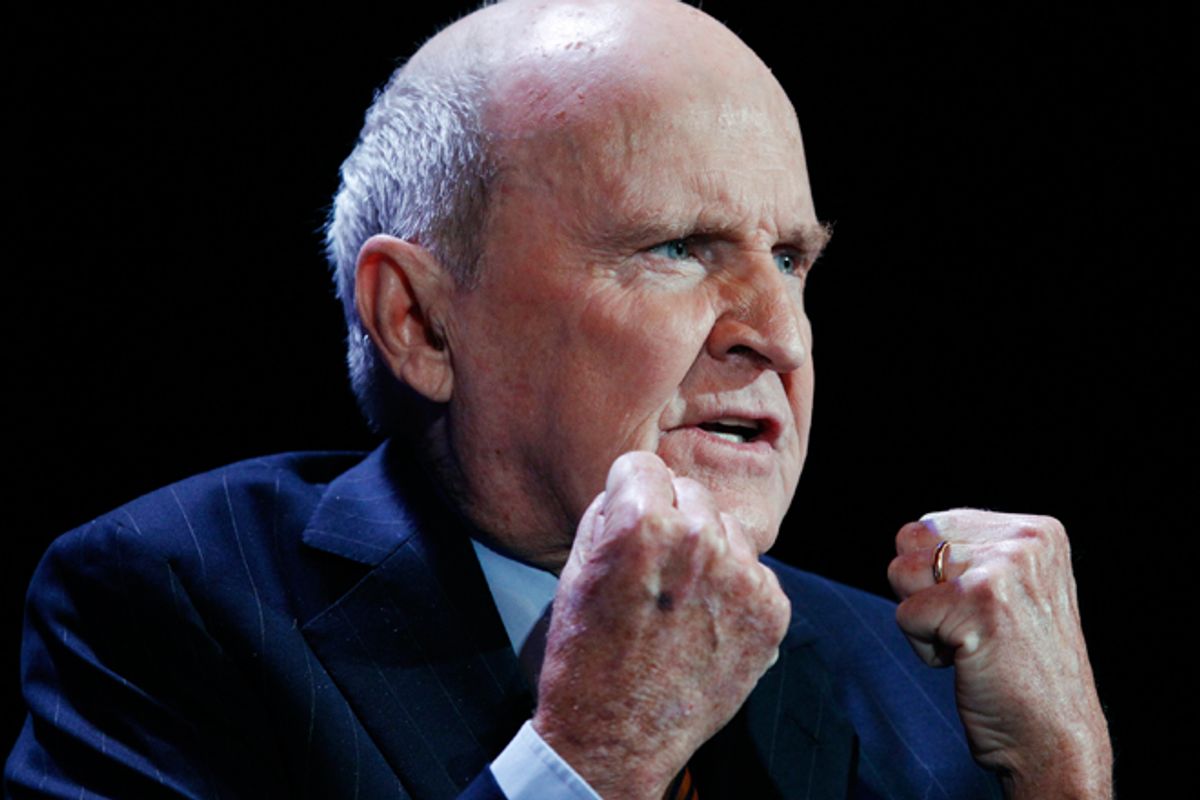 Explain this, Jack Welch. On Wednesday, reports Gallup, the unemployment rate in the United States fell to an amazing 7.3 percent. That's lower, by a large margin, than the 7.8 percent mark announced by the government on Friday -- and greeted with such suspicion by conservatives and former chief executives of General Electric.

Gallup's number is a different beast than the figure produced by the Bureau of Labor Statistics. It's a rolling average of the last 30 days, updated every day. Over the past year, Gallup's survey has occasionally indicated higher unemployment than the BLS -- in fact, back in March, some conservatives jumped on a Gallup report that unemployment was rising as evidence that the BLS was playing numbers games.

So we wonder what they'll say now. Because the really extraordinary thing about the Gallup number is how fast it has been falling. As recently as Sept. 28, the daily tracking number registered at 8.1 percent -- which, by the way, was the same level reported by the BLS for August unemployment. But over just the next 12 days, Gallup registered a steady, consistent drop all the way down to today's astounding 7.3 percent.

So is Gallup part of the government conspiracy? When we're talking about the presidential election survey, that's a question that gets answered differently by conservatives almost every single day, depending on who is getting a boost from the numbers. (If the numbers are good for Romeny, Gallup is on the up-and-up.) So, let's assume that Jack Welch won't be sending any flowers to Gallup, this week, and someone, somewhere is already suggesting that Obama's "Chicago Boys" started threatening Gallup executives with waterboarding two weeks ago.

The rest of us, who live in the reality-based world, can only marvel. There's no question that the sharp drop in unemployment reported by the BLS on Friday was surprising. To see Gallup report an even sharper drop is equally eyebrow-raising. But it's also consistent with news about consumer confidence levels rising, the stabilizing housing sector and the boom in auto sales. Maybe Americans really are getting back to work.