Thomas Downey, who worked with Al Gore in '96, explains the debate prep circuit and what to expect tomorrow 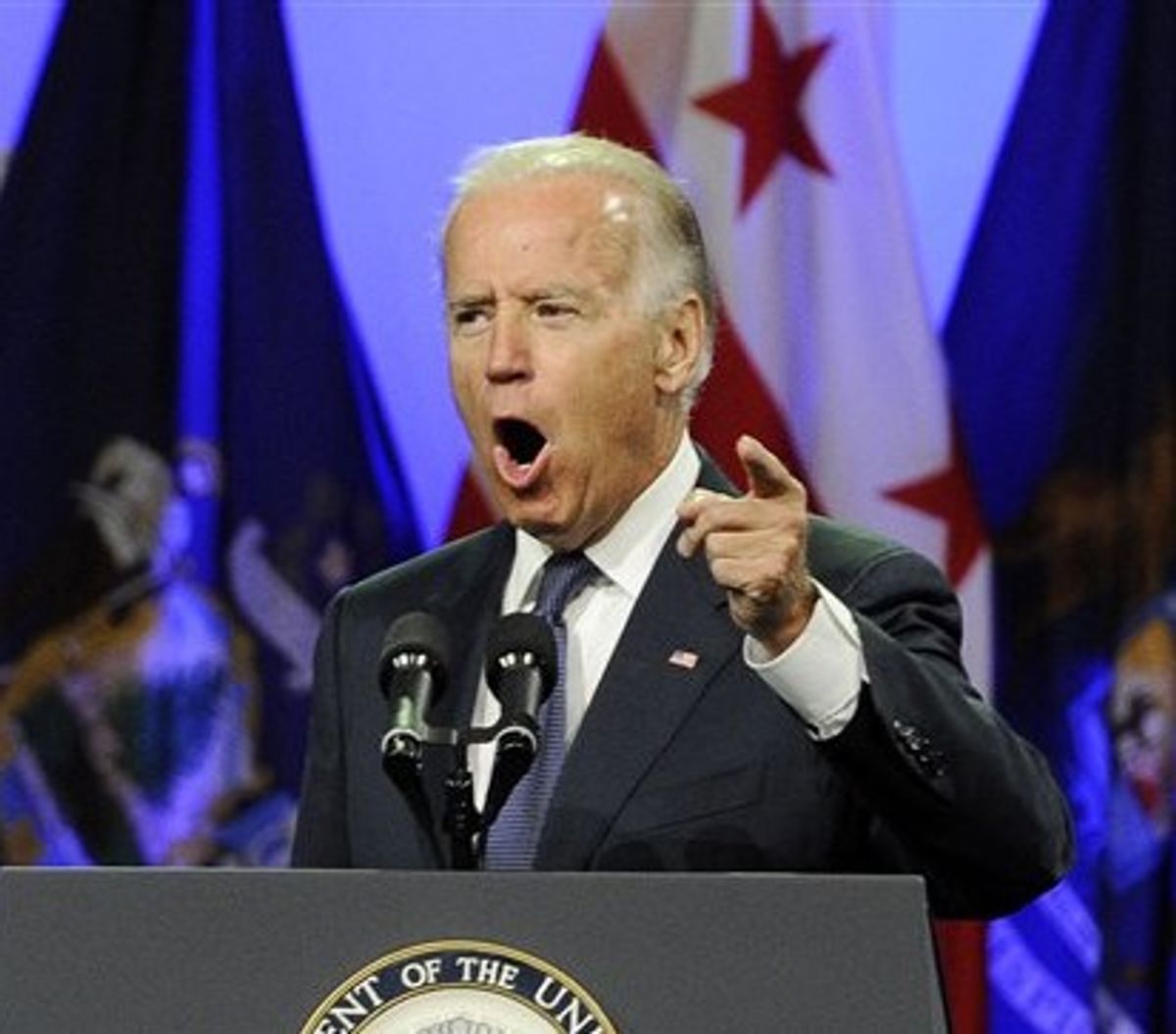 Lack of proper preparation can be costly. That's one of the main lessons to be learned from the first presidential debate, with Romney taking a slight poll lead following his matchup with Obama last week.

In advance of Thursday's vice presidential debate between Joe Biden and Paul Ryan, the Prospect has been speaking with past debate stand-ins, the politicians campaigns select to act as their opponent during practice sessions. Yesterday we posted an interview with Jennifer Granholm about stepping into Sarah Palin's shoes to prep Joe Biden for his last appearance on the debate stage.

We also spoke with Thomas Downey, a former House member from New York, who played Jack Kemp during prep session with Al Gore in 1996. Downey impressed Gore enough that the vice president tapped him to for further sparring sessions in 2000, this time as Bill Bradley. Downey was set to help again in the general election. He was already studying George W. Bush when he received a dossier of secret Bush debate documents in the mail, turning those over to the authorities and recusing himself of further involvement. Below are his reflections on the 1996 practices and his thoughts on the upcoming vice-presidential debate.

What did you do to prepare for the debate sessions in 1996? How much time did you spend studying Jack Kemp?

In '96 I spent an enormous amount of time. I watched all the videos for the vice president and the Democratic Party actually sent me the last few [Kemp] campaign appearances. And in 2000 when I was getting ready to play Bush we did the same, including watching all the videotape and going over all the things that they did.

What was your goal during these debate practices? Were you trying to imitate mannerisms? Tone of voice? Or was it to cover the policy issues?

What were the practice sessions like? Were they full run-throughs? Did you remain in character?

Yeah, that's exactly right. What we did was replicated the same stage. I didn't see the vice president until nine o'clock, when it began. We shook hands and they were full dress rehearsals that went right through until the debates were over.

How many dress rehearsals did you do?

I want to say we did four of them.

Were there any points that you really focused on, specific areas where you thought Gore might be weak?

Over the course of these four rehearsals could you see the vice president improving?

Yes, there was no question that with each different practice he was better. He was better each time. He hadn't had a chance prior to the debate prep to do any of it. So in fact it was the very first time that he practiced, so one would expect that after practicing he would get better, and he did.

In the actual debate did anything come up that you hadn't prepared for?

Back then no, it went pretty much according to the script because Mr. Kemp had obviously not prepared as effectively or as well as Vice President Gore did.

When you worked with Gore did it seem like he was invested in this as a worthwhile exercise?

Absolutely. I think he understood that it was necessary to go through the preparation because back then it was much more of a stylized [format]. It was a three-minute answer—which varied between the candidates—a two-minute rebuttal, and then a 30-second, what they referred to as a "surrebuttal." So most of the practice was making sure that you could frame your answers within the time limit.

From your perspective, are these debate exercises useful for the candidates?

Oh yeah, there's no question that they are, because otherwise you're going to be looking at this for the first time attempting to answers questions. The real practice it seems to me—the real purpose—is to be able to frame your ideas and answers within the allotted time specified. So unless you're just very good at doing that, or have just practiced that throughout your campaign, you need to practice doing that.

Do you think there was anything different about prepping Gore at that time since, as vice president, he hadn't been out on a campaign?

I think the answer is that both candidates have to practice because you're going to be asked to make a policy argument in 60 second or 30 seconds, and you need to practice what it is you're going to say and so that the various back and forth of the campaign debate is the sort of thing you just need to be prepared to do. The campaign or the Congress does not prepare you to do that. Nor does serving as vice president.

More to the point, I think that in 2000, I also played Bradley and was getting ready to play Bush for the vice president [to spar with]—the Bush campaign sent me all his debate materials, so I had to recuse myself from further participation in the debates—I think that there's just no question, whether you like this or not, it is a very useful exercise.

Say Vice President Biden had tapped you to play Paul Ryan. What about Paul Ryan would you focus on for the practice debates?

It's pretty easy. In terms of vice presidential debates, you're a surrogate worrying about something else other than just your performance. You're there to protect your principle. In the case of Vice President Biden, President Obama. You've got constantly remind yourself that this is not about me, it's about somebody else. And in order for me to do well, I need to focus on that issue.

What Ryan is going to do is he's going to continue to hammer all of the issues that Republicans have been hammering. Biden's task will be to defend Obama and to lay bare Romney's weaknesses. You can expect both of them to be talking past each other about their principles. Then there will be one or two zingers from both sides, which were missing in the presidential debate, but I can assure you will not be missing in the vice presidential debate