Obama, Romney, and the bigotry gap

Both candidates face prejudice, but one side is far more willing to try to exploit it 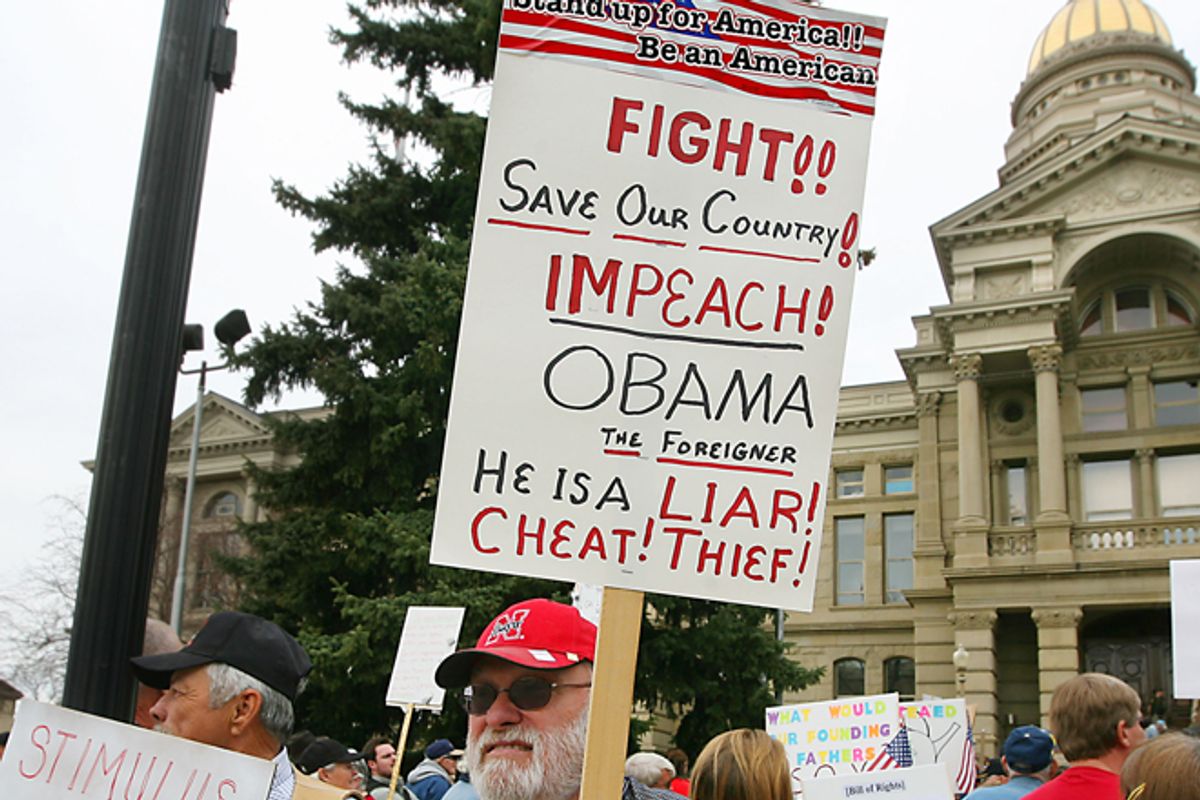 Saccharine paeans to tolerance and "post-racial" ideals aside, there remains no shortage of evidence that bigotry will play a major role in the 2012 election. For Mitt Romney to win, he must triumph over one in five voters who tell Gallup pollsters they will not vote for a Mormon candidate for president. For President Obama to get reelected, he must once again overcome pervasive prejudice in a nation that is both individually and institutionally racist -- a nation that, according to Harvard and Google data, denied him up to 5 percent of the vote in 2008 because of his African-American heritage.

To be sure, it's impossible to definitively prove which form of bigotry will play a bigger role in the election outcome. While there is some evidence about which form of hate will be decisive in some voters' minds, there's simply no way to document which prejudice will most influence the overall outcome. However, one thing that's perfectly clear is that one side is far more willing to try to exploit bigotry than the other.

Here's the truth: When it comes to Romney's religion, you'd be hard--pressed to come up with many -- if any -- examples of widespread official or even unofficial efforts to stoke anti-Mormon sentiment in order to help President Obama. Indeed, the best, and most hilarious, attempt I've seen was by right-wingers trying to claim Obama's affinity for beer is actually an offensive method of criticizing Romney's teetotaling faith. Such claims are more than rich coming from a conservative political movement that regularly decries the so-called p.c. police for taking offense at behavior when offense is supposedly not warranted. In this sense, the right is doubling down on such fake outrage; after all, if conservatives now believe gulping down a lager is the new vanguard of intolerance in America, then they must believe NFL game days, New Year's Eve and college frat parties are secret nationwide exercises in religious bigotry.

By contrast, as the Christian Science Monitor noted in a March report documenting myriad examples of ugly and explicit clarion calls to Jim Crow sentiment, "Racism, in forms both overt and sly, appears to be rearing its head higher than in the 2008 election campaign." You can see that this bigotry comes from the top in the GOP's resurrection of the racialized welfare issue. From Rick Santorum saying, "I don't want to make black people's lives better by giving them somebody else's money," to Newt Gingrich calling Obama the "best food stamp president in American history," to the Romney campaign airing ads criticizing Obama for a welfare policy that Romney himself championed -- ads that, the Washington Post reports, specifically "primed racial resentment" among viewers.

Now, with these wink-and-nod endorsements of the race card coming from the very highest reaches of the conservative establishment, we are seeing the right's grass-roots apparatus mobilize for an unprecedented (at least in modern times) mass appeal to the worst mix of racism, paranoia and conspiracy theory.

Last week, there was the latest iteration of the He's Just Too Black attack, featuring Tucker Carlson using an old Obama speech about Hurricane Katrina to slam the president for supposedly making "appeals to racial solidarity" and using a "phony" African American accent. This week, another right-wing website, World Net Daily is reporting in breathless and excitedly supportive fashion on a direct-to-voter crusade laced with even more overt bigotry:

Gilbert argues in the documentary that Frank Marshall Davis, the radical poet and journalist who was a card-carrying member of the Communist Party USA, was the real, biological and ideological father of Barack Obama, not Barack Obama, the Kenyan, who came from Africa in 1959 to attend the University of Hawaii in Honolulu...

“We can manufacture and ship 1 million DVDs per day out of Southern California,” he explained.

Here we are getting the much-bigger-budget sequel to the original Manchurian Candidate story about Obama. During and immediately after the last election, conservatives in the dark shadows of talk radio and fringe magazines used the president's mixed-race heritage to manufacture allegations that he is a foreign-born Muslim revolutionary. This time around comes Manchurian Candidate II: Communist Bugaboo: a blockbuster production mass-marketed for optimal electoral influence, one that uses Obama's race to cast him in the role of Angry Radical Black Guy.

On the specifics of the allegations, Businessweek accurately summarized the explicit racial premise of the whole attack when it analyzed Gilbert's New York Post ad documenting his "findings."

"The only 'evidence' the ad provides is a pair of side-by-side photos of Obama and Davis, who bear no resemblance to each other aside from the fact that both men are black and, in the photos, are facing the same direction," the magazine wrote. In other words, the grotesque logic is that since Davis and Obama are both black and both of them knew each other, Obama must be Davis' son. As visual evidence for such a preposterous logic, we have a side-by-side display of photographs aimed at convincing onlookers to succumb to racist impulses telling them that all black men -- even ones as aesthetically different as Davis and Obama -- somehow look alike.

Of course, those like Gilbert and others trying to racialize the 2012 election will claim that the real conspiracy theorists are those criticizing them. Like all purveyors of dog-whistle racism in the past, they will say their efforts have nothing to do with bigotry and everything to do with just "getting the facts out." But their efforts are obviously right out of Lee Atwater's Republican playbook.

''You start out in 1954 by saying, 'Nigger, nigger, nigger,'" said the late GOP strategist. "By 1968 you can't say 'nigger' -- that hurts you. Backfires. So you say stuff like forced busing, states' rights and all that stuff. You're getting so abstract now [that] you're talking about cutting taxes, and all these things you're talking about are totally economic things and a byproduct of them is [that] blacks get hurt worse than whites."

That's what this is all about: using coded language to manufacture a plausible deniability about conservative bigotry. Until Republican leaders publicly repudiate it, that kind of prejudice will continue to define American politics -- in 2012 and beyond.