Nine months ago, I took a vacation. Thanks to a broken immigration system and one misstep, I can't reenter the U.S. 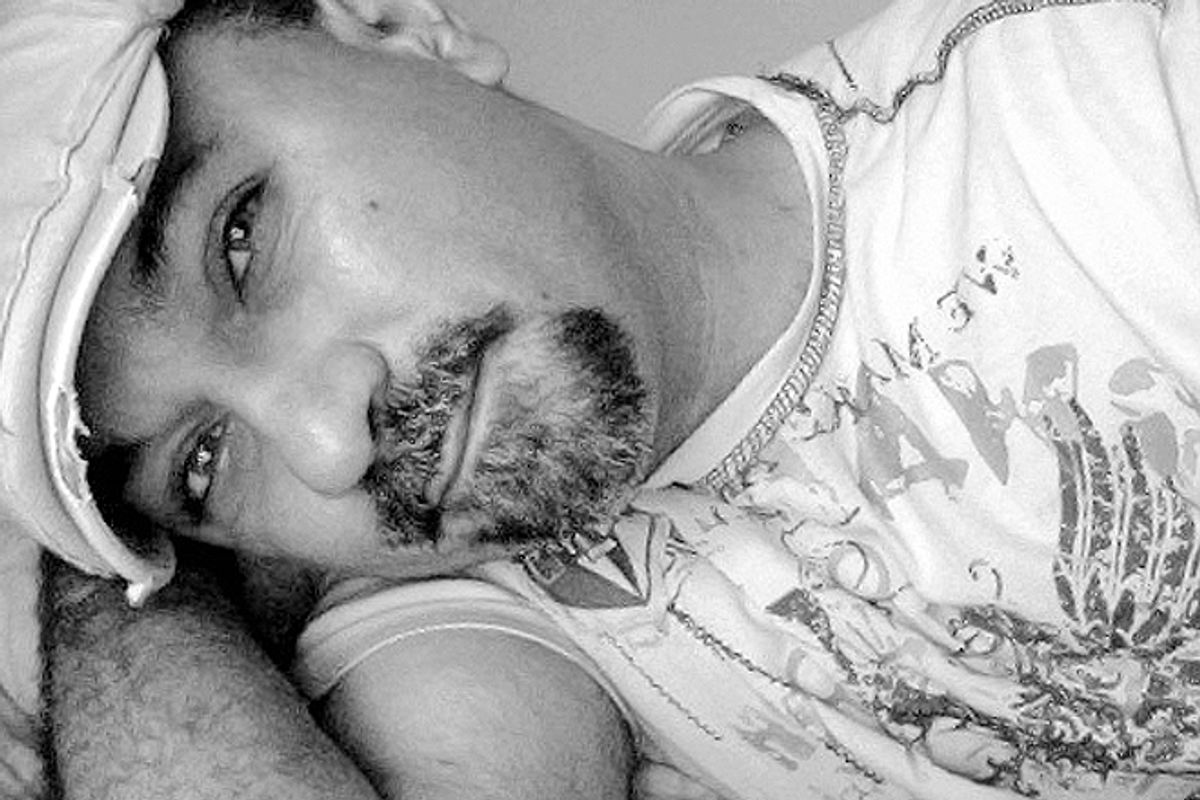 Nine months ago, I came to American Samoa for a four-day New Year’s Eve vacation. Since then, I have been stranded here, unable to return back to the U.S. My story is unusual: I am a stateless person, despite having lived legally in the states for 16 years, and thanks to a broken immigration system, I am now trapped here indefinitely.

These nine months have been torture for me. I’m a heat-sensitive person, and American Samoa is like an open oven. No wind blows through here. It’s hard to breathe. I miss fresh vegetables and fresh-squeezed juices. I miss making lattes and baking cakes for customers at the coffee shop in Los Angeles where I worked. The only place I feel comfortable here is the local McDonalds, where I come every morning to use the free Wi-Fi and cool off in the air conditioning. I email with friends back in the United States. I blog about my experience. I email with advocates and petition them to help my case. But I wonder how long I can go on, and just how much one person can bear. I sometimes think of suicide.

Sixteen years ago, I came to America to seek peace and freedom. Now, I am stuck on an island in the South Pacific without the promise of escape.

There are 4,000 stateless people like me living in the United States. Those are the ones counted, and there are more living in shadows. We have no nationality, no citizenship. Being stateless is like being a bird with nowhere to rest on the ground. A bird who must spend his whole life in the sky.

How did this happen to me? I was born and raised in the former Soviet Union. When this country ceased to exist, so did my citizenship. Born to an Armenian family in the republic of Azerbaijan, my family fled that area due to the war between Azerbaijan (Muslims) and Armenians (Christians). My aunt was stoned to death by local Muslim Azeris. When we attempted to find a home in other republics, we could not. Many of those places persecuted Armenians. In addition, I am gay, and in some parts of the former USSR, homosexuality is punishable by law for up to five years’ imprisonment. I needed to escape the brutality of that part of the world.

Luckily, an Austrian company employed me to translate Russian into English, and the company’s manager negotiated to send me to Houston as an interpreter for the assistant of the Ministry of Agriculture, who was scheduled to have heart surgery there. I went to the U.S. – and I never turned back. After I arrived to Houston, I defected. I had $30 in my pocket and no friends or family to help me out. But I managed to survive on my own.

Over the next decade and a half, I became, in my heart, an American. I assimilated among Americans, studied, worked, paid taxes. (For more about “statelessness,” read Moises Mendoza’s piece in the GlobalPost, which uses my story as an opportunity to talk in depth about the strange legal limbo.) This country proved to be a land of opportunity for me. I improved myself through education: I studied travel management at Ashworth College. I studied at the Interior Design Institute in San Francisco. I became a certified barista through the International Academy of Specialty Coffee and Specialty Coffee Association of America. I only have one more year to finish my MBA in Business Administration from Ashworth University.

My work here started small, of course. My first job in 1996 was to deliver pizza flyers, and I was paid 25 cents for each. I worked at local grocery store afterward. But I love to travel, and eventually, I got a job as an International Travel Consultant, where I worked until 2007. I used that opportunity to discover America, traveling across the country whenever we had holidays. I also was enrolled in Houston Community College, where I was learning Spanish, and I studied acting and began appearing in independent movies.

But Houston was so hot and humid. In 2007 I moved to Los Angeles. I love California -- the climate, the people, the liberal politics. It’s where I discovered a new passion: specialty coffee. I began to understand coffee not just as a drink, but as a science, a culture, an art. I worked at a coffee shop in Hollywood that became my home. The people were my family. I worked every day, even when I had the day off. I devoted myself to the specialty coffee business, and every day was a new lesson about beans and about brewing techniques. I still dream of one day participating in the U.S. Barista Championship. But first, I’d have to make it back home to Los Angeles.

Back in December of 2011, when I decided to visit American Samoa, I checked with an immigration officer in L.A. to make sure it would be OK if I visited. I have certain restrictions and want to play it safe. He said it would be fine as long as I carried with me my Employment Authorization Card, two letters issued from ICE (one issued in Texas and one from National Benefit Center of the USCIS), and my world passport and if I obtained travel permission from Attorney General's Office of American Samoa since it was a territory not a state. Hawaiian Airlines checked my documents in Los Angeles, and in Honolulu and I was told I was OK going and coming back.

But I made a mistake. I visited Western Samoa, 20 minutes by plane from American Samoa. I did not know that Western Samoa was not the part of the U.S. territory. But even though I was there for only one day, Hawaiian Airlines refused to board me back on Jan. 2, 2012, stating that DHS in Honolulu Airport does not want to recognize my world passport and that I had self-deported myself by entering American and Western Samoa.

I’m sorry: What? I self-deported? What kind of crazy person invented this law? It doesn’t make any sense. A stateless person without a country who has been living and working in the U.S. for 16 years goes on vacation for four days and he was self-deporting himself? I can’t even begin to understand. Self-deportation, for me, is an assurance from a foreign country to legally allow you to enter their territory as an asylum seeker or refugee. Without assurances from a foreign government, stateless persons will face the same illegality or limbo status. It doesn’t make sense.

Since then, it has been a nightmare. Nine months of being stuck here. I can’t describe it.

The United States is the only home I know. I have no other country to go to. I feel like I’m in exile. This is not right. This is a human rights violation. I was told it was OK to travel to the U.S. territory, and now they tell me I am not allowed back, and I cannot get out of here to go anywhere else. It is just sky and ocean around me.

And so I thought of suicide before on many occasions, because I wanted to get rid of the misery. But God was with me, and He prevented me from such a fate. I am staying hopeful. I will return back home to Los Angeles, to the United States – and maybe this awful policy of the Department of Homeland Security and U.S. Immigration and Customs against statelessness will one day be terminated.

There is an important document adopted by the United Nations in 1954 known as the UN Convention Relating to the Status of Stateless Persons. The U.S. government never signed it. But this is the document that provides framework to legalize the status of stateless persons, and I hope that our government will finally take the statelessness issue seriously and ratify this Convention. I do not wish anyone or anybody to find themselves in my shoes. I have been considered "invisible", "unwanted" and "unrecognized" by any nation under the operation of its law.

The representative of American Samoa in U.S. Congress continues to tirelessly advocate on my behalf by dealing with bureaucrats from the Department of Homeland Security. But so far, the Department of Homeland Security has not budged. I am hopeful. I know representatives from UNHCR are advocating with top officials in DHS and ICE for my return back to the U.S. Meanwhile, the people here have been good to me: A Samoan family provides me temporary shelter. I am given $50 a week from the local government, without which I could not survive. The managers at McDonalds give me food when I can’t pay.

But I miss my friends. I miss my home. I miss my job, and seeing beautiful smiles on people’s  faces when they see the effort I put into their coffee. I miss the United States. It is the most beautiful country. I love winter and I miss seeing snow -- in Lake Tahoe, in Mammoth Lakes, in Alaska. That’s how I loved to spend the fall, leaving the borders of Los Angeles and finding places to watch leaves falling on the ground. The United States is my home, my career. It is everything I carved out for 16 years. All of it was taken away just because I am stateless. I've lived many years without a citizenship, but I can’t live without my life. I want it back. Many of us know what it means to be refugee -- but few of us know what it means to be stateless.