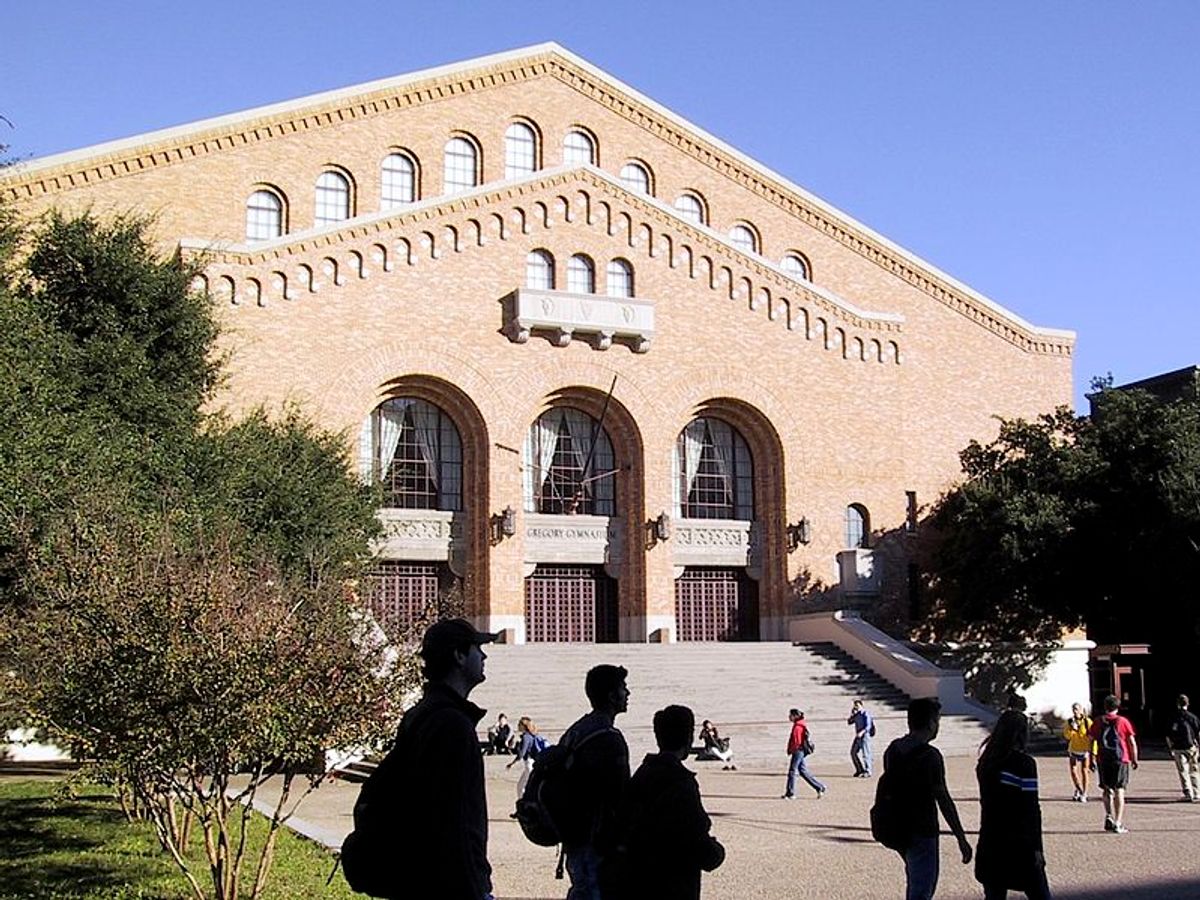 Abigail Noel Fisher applied to the University of Texas at Austin in 2008 and was denied a place. Fisher -- a white woman -- fell short of the top 10 percent of her Texas high school's graduating class, which would have guaranteed her admission into the state university. Instead she had to compete in an applications process in which talents, circumstance and race were all considered. Considering her rejection an instance of discrimination based on race, Fisher, along with one other white girl, sued UT.

Today, Fisher v. University of Texas reaches the Supreme Court. Justices will consider whether the university's consideration of race in admissions is constitutional. According to Wendy Kopp, founder of Teach for America who has come out in support of UT on this issue, Fisher's suit "challenges the right of all colleges to use race in a holistic process that fosters diverse student bodies."

The SCOTUS hearing has attracted considerable attention; groups and individuals have sent amicus briefs to the court in support of both Fisher and UT (17 briefs support Fisher while 73 support the university). CBS News noted:

Republican Rep. Allen West, Ronald Reagan's attorney general Ed Meese and the libertarian Cato Institute all signed onto briefs backing Fisher. On the other side, the court is hearing from the likes of Democratic Senate leaders Harry Reid and Chuck Schumer, Teach for America and the American Psychological Association.

The Supreme Court last considered affirmative action in admissions in 2003, when it ruled in Grutter v. Bollinger that racial quotas could not be used, but that a student's race could be considered in a "holistic" process of reviewing an application. Fisher's lawyers argue that UT's admissions processes elevate race to a dominant factor and thus go beyond the standards set by Grutter. The university and its supporters maintain that its admissions align with the court's "holistic" standards. It is this "holistic" approach that Teach for America's Kopp and others believe to be at risk if the court rules with Fisher.

The court today is a more conservative body than in 2003 and concerns abound that its decision will deal a blow to racial diversity efforts in higher education. A number of legal scholars have also questioned the legal merits of SCOTUS hearing Fisher v. University of Texas, implying that a lack of strong legal grounds might suggest a more ideological reason among the conservative court for  considering affirmative action. Writing for the Vanderbilt Law Review (in a paper well worth reading), Gerald Torres of the University of Texas Law School noted:

... However, the Supreme Court did take Fisher, and what they seem to be asking for is a do-over of Grutter. But what exactly do they want to do over? The fear is that the Court is seeking to undo diversity as a rationale for any kind of individuated assessment that permits the race or racialized experience of the applicant to be taken into account in order to promote more educational diversity in the classroom, a condition that improves the learning environment for all students.

SCOTUS' decision in this case could profoundly shift the way in which universities deal with race, inequality and diversity henceforth. Regardless of the ruling, the substance of Fisher v. University of Texas, and its elevation to the Supreme Court, says much about how race and opportunity is functioning today. In another excellent paper on the case titled "The Diversity Paradox," Harvard Law's Tomiko Brown-Nagin points out:

This diversity-friendly narrative from an aggrieved plaintiff [Fisher says she support a racially diverse student body] in affirmative action cases is new and fitting to our age. We live in an era  of a diversity paradox. Real racial progress—personified by highly visible of people of color, including the President of the United States—is evident, and many Americans applaud it. At the same time stark racial inequalities persist. Like no other higher education affirmative action case before it, Fisher highlights the coexistence of ascendant political and social power of people of color, on the one hand, and, on the other, stubborn educational disparities within these same communities, derived from historical, social, and cultural forces.

Brown-Nagin's point here aligns with concerns of many UT supporters in this case: A ruling on behalf of Fisher could promote the idea of "race-neutral" application processes in a world where race neutrality is far from possible.