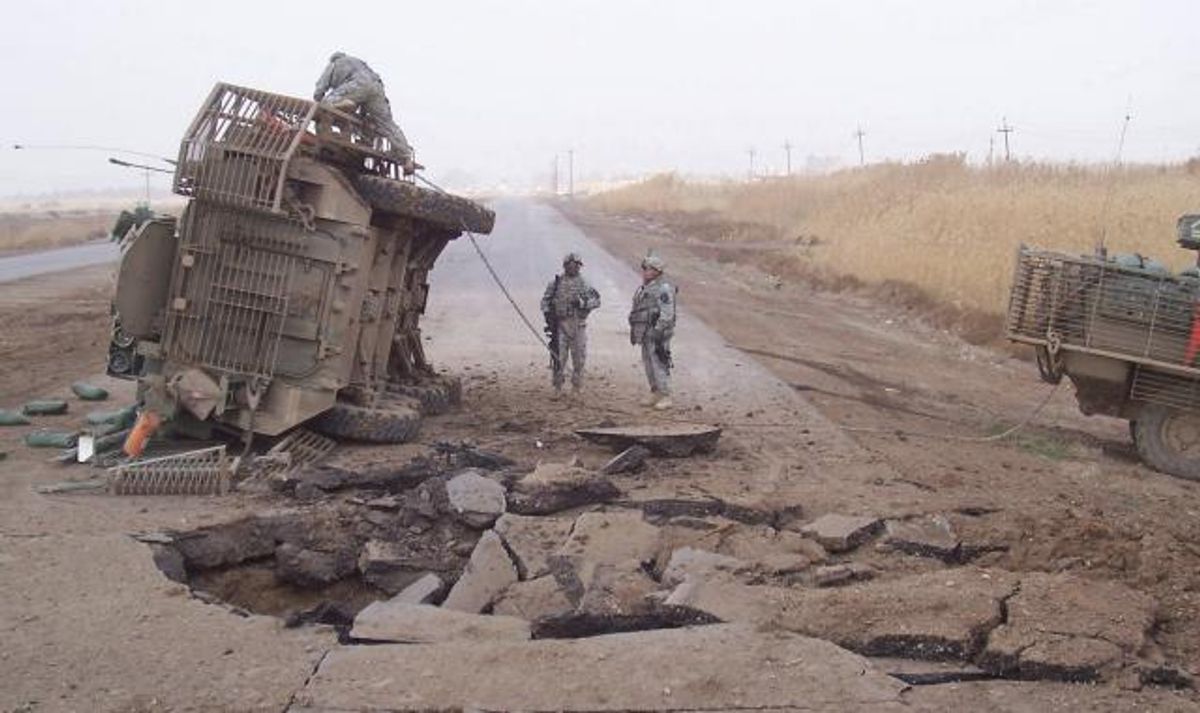 A fraudulent contract deal in Afghanistan has put troops at greater risk from roadside bombs, according to Special Inspector General for Afghanistan Reconstruction (SIGAR) John Sopko.

Wired reports that Sopko, the official responsible for reconstruction oversight, "is warning that 'potentially significant contract fraud' from a $361,680 deal with an Afghan company may have led troops to falsely believe that metal bars placed over water drainage systems and roadside holes are effective against implanted insurgent bombs."

Through our preliminary investigative work, we estimate that a large number of culvert denial systems might have been falsely reported by Afghan contractors as complete when, in fact, the denial systems were not installed or were installed in a defective manner, rendering them ineffective and susceptible to compromise by insurgents to emplace IEDs.

... Given the increased risk of IED attack against U.S. forces resulting from the missing or defective culvert denial systems, we are providing this information to you for immediate action and dissemination to all relevant personnel

Wired's Spencer Ackerman noted that Sopko's agency must consider the threat to troops serious to take the "rare step of tipping its hand on an active criminal investigation to warn the military command in Afghanistan."