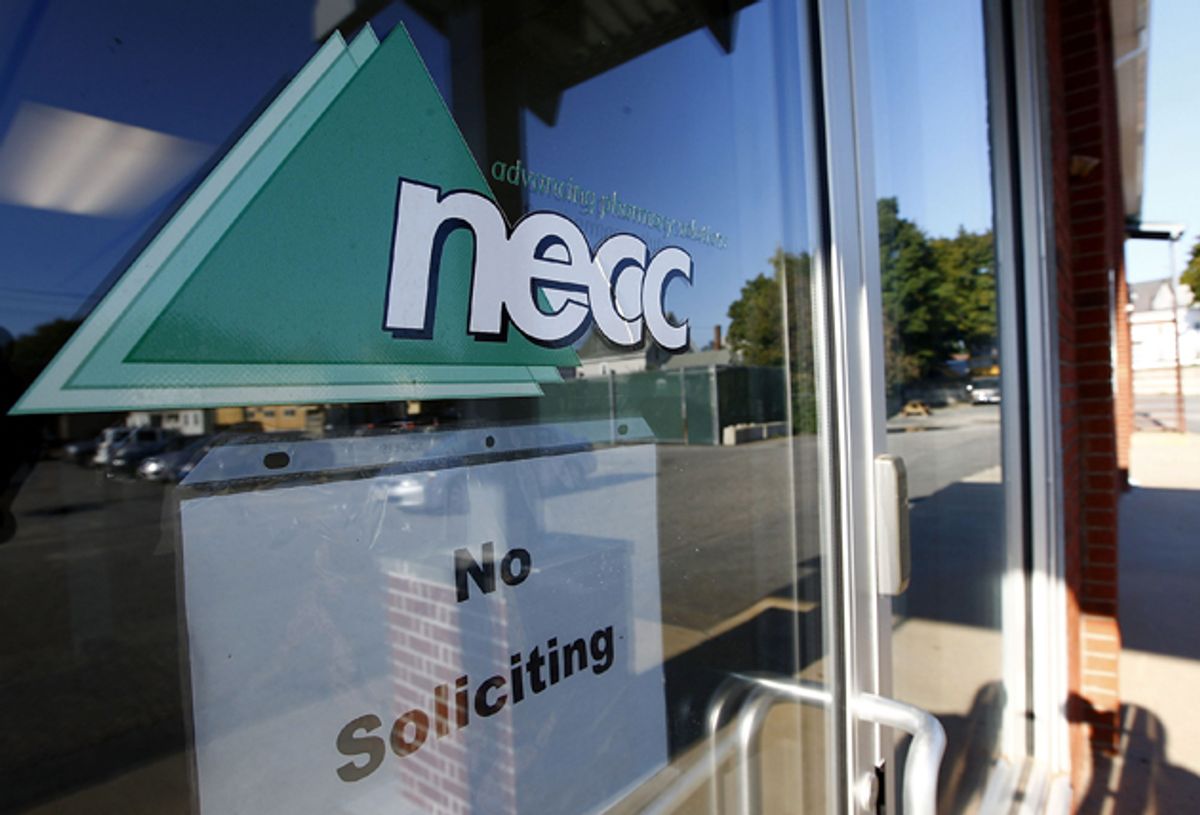 I’m no medical expert, but this didn’t sound like a good idea. Valium, a controlled substance, can have serious side effects. And Viagra, well, warnings about erections lasting longer than four hours should give anyone pause.

Was it legal? When I was a reporter at the Las Vegas Sun, the guys running the local compounding pharmacy that made Vegas Mixx had no problem telling me they were just trying to make a buck. They claimed it was legal. And indeed, the pharmacy never was disciplined by the Nevada State Board of Pharmacy. They only stopped producing the drug because it wasn’t profitable.

Vegas Mixx turned out to be a bust. But it highlighted an evolution in the drug compounding industry, which has come under intense scrutiny after steroids produced by a Massachusetts company were linked to 12 fungal meningitis deaths and 137 infections in 10 states. The New England Compounding Center, which made the injectable steroids linked to the outbreak, acted more like a drug manufacturer than a traditional compounding pharmacy, said David Miller, executive vice president and CEO of the International Academy of Compounding Pharmacies.

Compounding pharmacies typically provide custom-made drugs based on individual physician prescriptions tailored to specific patients, who, for example, might be allergic to a mass-produced product. In contrast, the compounding pharmacy that made Vegas Mixx was making and marketing a drug combo before a doctor had prescribed it. The New England Compounding Center shipped more than 17,000 doses of steroid injections to 23 states, according to the Centers for Disease Control.

Those steroid doses, and other concoctions by compounding pharmacies, are exempt from traditional review and approval by the Food and Drug Administration, which is charged with assuring the efficacy, purity and safety of manufactured drug compounds and strict adherence to sanitary manufacturing standards.

This could have been prevented. More than a decade ago, David Kessler, former FDA commissioner, issued a warning about the future of compounded drugs at a Congressional hearing prior to passage of the Food and Drug Administration Modernization Act of 1997. He said that ambiguity in the law could allow for “large scale manufacturing under the guise of pharmacy compounding,” leading to a “shadow industry” of unapproved generic drugs.

Provisions in the act designed to clarify FDA oversight of compounding pharmacies — including restrictions on their ability to advertise drugs — were later struck down by courts. Still, the FDA says it can act in some circumstances, such as when a drug is contaminated or mislabeled.

“Something does need to change. That’s something our association is grappling with right now,” he said. In the wake of the outbreak, officials from the academy are in contact with congressional staffers to discuss how to increase oversight without stifling traditional pharmacy practices, Miller added.

Other cases have raised alarms. In 2007, a Portland Tribune investigation revealed patient deaths that were linked to a bad batch of drugs, used to treat back pain, from a Texas compounding pharmacy. A pharmacist who consults with the advocacy group Public Citizen called the compounding pharmacy industry a “shadow drug industry,” in an interview with the newspaper.

And this week the Tennessee attorney general filed a complaint against HRC Medical Center, a hormone replacement therapy company that used a compounding pharmacy to produce the testosterone pellets for women. In the past year, I interviewed several women who were treated at HRC facilities, and they complained of testosterone treatments that led to excess facial hair, uncontrollable rage and genital growth. One doctor who reviewed an HRC patient’s medical records on behalf of ProPublica said her testosterone levels were more than four times normal – into the range of a man.

It's unknown whether the alleged problems at HRC Medical were caused by the providers, by the pharmacy, or both. Officials from HRC Medical did not return calls for comment. But according to the attorney general’s complaint, the hormone pellets the compounding pharmacy supplied to HRC Medical could trigger an unpredictable release of hormones in the blood stream due to their unproven method of manufacturing. The pharmacy's production standards, material handling practices and operating procedures were not FDA approved, the complaint stated.

Miller said responsibility for the fungal meningitis outbreak goes beyond the compounding pharmacy involved and regulatory gaps. Doctors and medical providers purchased the drugs and should also be held accountable for the patient harm, he said.

“What due diligence did those facilities do to assure the drugs they were purchasing were appropriate, safe and effective?” he asked.