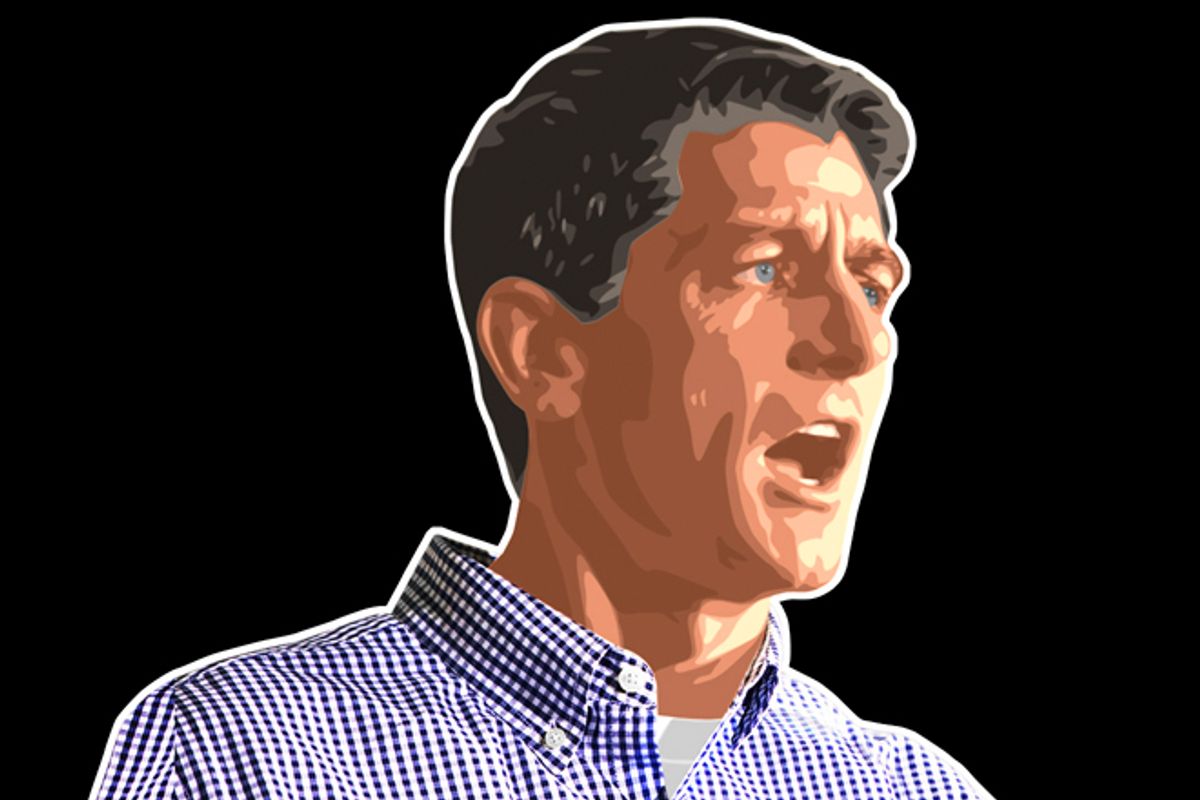 In the vice-presidential debate tonight, Paul Ryan is all but certain to say that the best government is a small government. Small government, the thinking goes, doesn't gum up the works of the great American opportunity engine. If you take a drink every time Ryan praises small government, be sure to have a designated driver.

Ryan is less likely to say that his family’s construction business, Ryan Central, has benefited from government largess that free market purists, like Ryan, don't support. Businessweek explored some of the most attractive projects:

In April of this year, Ryan Inc. Central was awarded a $4.9 million Illinois highway interchange project that’s funded in part by the federal government. According to government websites, the company also expressed interest in contracts awarded by the Department of Veterans Affairs and Agriculture Department in the past two years. In 1995, it received a U.S. government contract worth about $6 million to build a golf course at Andrews Air Force Base near Washington…

The Illinois highway contract that Ryan Inc. received this year was part of a $31 billion program called Illinois Jobs Now! that receives federal funding, according to a May press release from the state’s transportation department. The Illinois jobs package includes $3.7 billion from the Obama stimulus program, which Paul Ryan voted against.

Ryan’s campaign spokesman said that the congressman does not have any connection to the federal contracts the business has won.